In today’s day and age, most of our society’s time is spent online. In fact, according to this study, over 45% of men and women spend over 26 hours a week on the internet. However, how many of these people do you think spend time on the Dark Web? Well, if you’ve heard of the Dark Web, you know that the name is perhaps the least ominous thing about it.

The Dark Web, also known as the Deep Web, Clearnet, or Onionland, is a peer-to-peer Internet network that isn’t possible to access with your typical Internet browser. When you’re in the Dark Web, you’re completely anonymous — if you know what you’re doing.

Rumors of human experimentation, illegal substances, and even hitmen-for-hire abound in the hushed conversations surrounding the place. It’s the online equivalent of a shady back alley, complete with drug deals and potential homicides. Hardcore shock-rappers Death Grips even named an album after it.

Here are five of the craziest things I found during a casual browse. 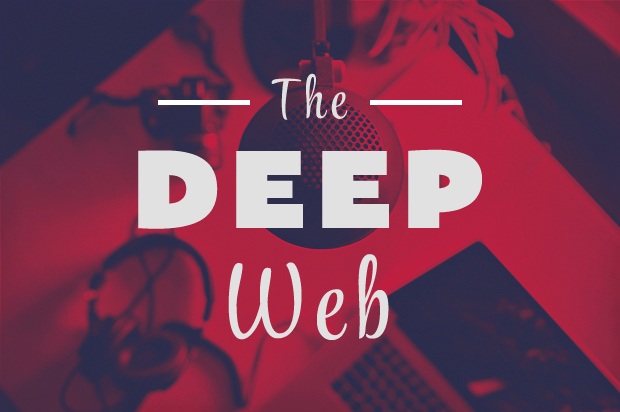 Good old Silk Road. It was the first black market on the Dark Web, and for a long time it was the largest. After Dread Pirate Roberts (the aptly named founder of the site) was busted by the FBI, several copycat sites popped up in the original’s place. Black markets are now commonplace on the Dark Web.

Here’s what I found on the first few pages of Silk Road 3.0

The scariest thing on that list is the personal details listing, which they refer to as “fullz.” The seller I checked claimed he obtained all of the information from a doctor’s office. I looked up the victim’s name on Facebook and sure enough, his name, date of birth, and job history matched everything in the seller’s fullz, which also included his SSN, mortgage, home address, and personal cell number.

The seller was using these details to take out a bunch of loans, which he would then use to buy gold jewelry. After melting down the gold, he came out with cash — often thousands and tens of thousands of dollars.

And that’s just one of the many black markets now running on the Dark Web.

Hackers for hire often find their home on the Dark Web. For a small fee, they will do more or less anything that hackers are capable of:

Not all hackers on the Dark Web are malicious though — plenty of hacktivists and cyber-protesters mobilize and communicate using the Dark Web, joining under causes like environmental conservation and free speech.

A completely anonymous online network is the perfect place for whistle-blowers. Wikileaks remains the most prominent service and includes millions of documents on various government agencies, as well as now-infamous videos of the Iraq war.

A huge amount of classified and sensitive information is available on the Deep Web, coming from governments all over the world. While there has been a large backlash from the governments themselves, many consider the work these Dark Web whistle-blowers do to be a service to the average Internet user.

Apparently you can have someone murdered for $45,000. Hitmen and assassins have been listing their services on the Dark Web since it first started. The thing is, the Deep Web is also full of scammers, and numerous users on hidden forums complain about being scammed by those hitmen — just another in a long list of potential hoaxes designed to scare, entertain, and, most importantly, get your bitcoins.

There are a plethora of hoaxes on the Dark Web to watch out for:

As with anything anonymous, take every claim on the Dark Web with a grain of salt.

A lot of fringe groups exist in the Deep Web, and some of them share information that is hard to find — and questionable in content. Guides on killing people, committing suicide, creating bombs, and making drugs abound on websites like this. Radical political writings, free speech manifestos, censored information archives and political revolutionary guides are also freely available.

There’s plenty more on the Dark Web, with most of it hidden and buried in arcane Web pages. Try it out for yourself, and learn more about how it operates.

Brooke is a 20-something blogger who likes to read and write about tech, life, and the blogosphere among other pop culture topics. She'll nerd out with you for days on the internet of things, entrepreneurship, or cats -- depending on her mood.