A wall doesn’t seem at first glance to be the most interesting construction ever. Just a pile of bricks, right? Well, I take a look at quirky walls around the world and shake that concept to the ground.

But what about the other, little known walls, with less fame but just as much character? Maybe these should be the walls to see before you die… 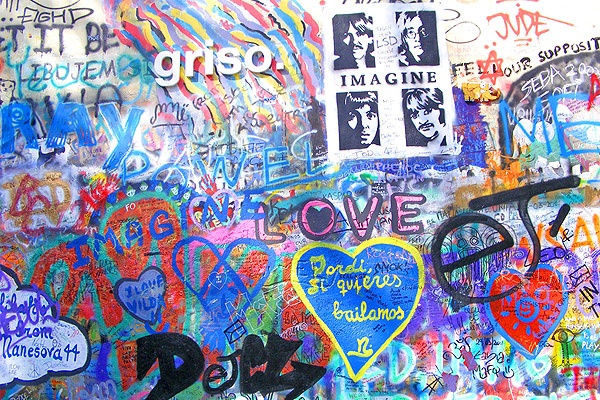 When Prague was under the rule of communist regime headed by Gustav Husak, young Czechs fed up of the regime, took to writing up grievances and complaints on a certain wall in the city. Along with this, they would write peace messages, Lennon-inspired graffiti, and lyrics from various Beatles songs.

This enraged the authorities and led to a huge clash between protestors and the security police on Charles Bridge in 1988, and the movement created by these students was (ironically) given the name “Lennonism”.

After the wall (which is owned by the Knights of Malta who tolerated this graffiti) was painted over by the authorities, by the second day it was covered once again in peaceful lyrics, positive messages and colourful flowers, and even today is considered a symbol of the ideals for peace and love.

I think John would have approved! Spot this wall at Grand Priory Square, Mala Strana, Prague. 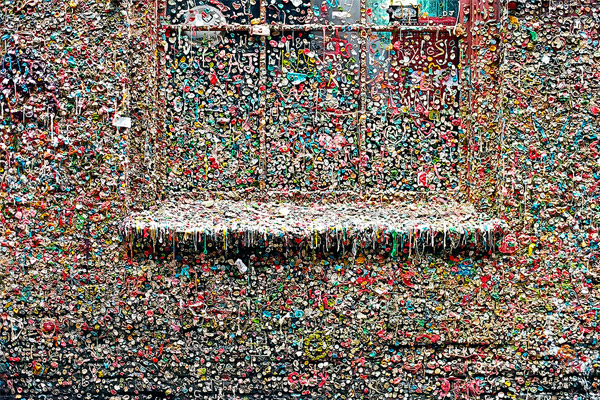 Rated as one of the wackiest tourist attractions in the Unites States, if not the world is the wall at Post Alley, Seattle. In the early 1990’s people used to stand in line waiting to get into the Market Theatre and started sticking coins to the wall with gum.

The coins disappeared, but the gum idea stuck around – literally!

The Theatre attempted to scrape all of the mess off the wall twice, but by 1999, so many people were flooding to see the attraction, they gave up.

The wall is in a brick alleyway and is covered in every colour of gum you can think of. In places, it is several inches thick and over 15ft high. Some people create art works out of the gum, with symbols such as hearts and peace signs.

One of the not-so-nice facts about it is that it is one of the most “germiest” attractions in the world, second only to the Blarney Stone in Ireland! But it is still a hit with wedding photographers and film makers – it was used as a location in Jennifer Aniston’s “Love Happens” (2009). 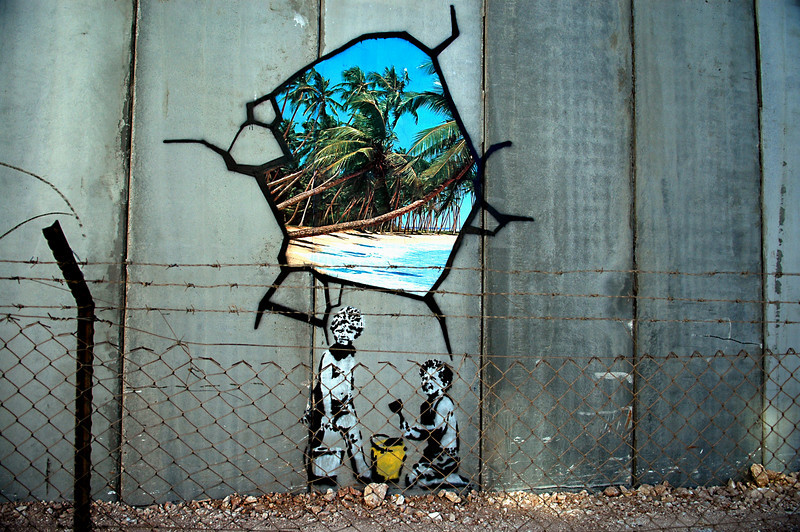 While it may not be on everyone’s list of desired vacation destinations, the 425 mile long barrier that divides Israel and Palestine was too much of a temptation for subversive street artist Banksy, when in 2005 he took his spray paints to one of the dodgiest places on earth to create some very special art work.

Acting as an enormous concrete canvas, Banksy was able to create nine separate pieces of art in several locations, which he described as “the ultimate holiday destination for graffiti writers”.

While I am not suggesting you rush off to see this now, I hope that in the future this wall will fall in the style of the Berlin Wall and hopefully they can keep the art work forever.

Let me know if you have any unusual walls where you live, share here!

Sarah O’Neill fancies herself as a bit of a globetrotter. She writes articles for CB Construction. They have many satisfied customers who have experienced their garage & loft conversions and their house extensions.