Who Is Tom Brady?

Thomas Edward Patrick Brady Jr., popularly known as Tom Brady, is a professional American football quarterback who presently plays for the National Football League’s Tampa Bay Buccaneers. Most people probably knew him while he was playing for the New England Patriots, where he spent the first 20 seasons of his professional career.

During his days with the New England Patriots, Tom Brady played a total of nine Super Bowls, of which he won six – (XXXVI, XXXVIII, XXXIX, XLIX, LI, and LIII). Currently, he hold the title for winning the highest number of Super Bowls in the NFL history and is considered the greatest quarterback of all time.

Brady also has several other awards to his name, including: 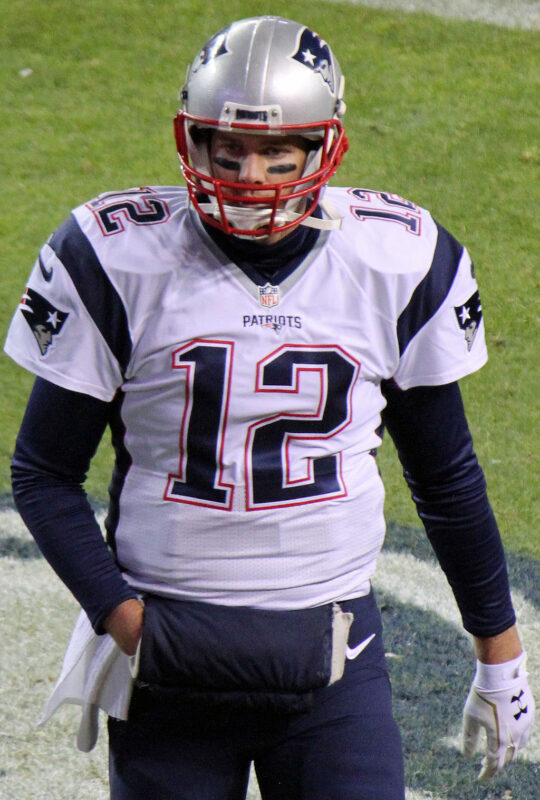 Tom Brady was born on August 3, 1977, in San Mateo, California, to Thomas Brady Sr. and Galynn Patricia. Tom developed an interest in American football at a tender age. During his preteen years, he would attend San Francisco 49ers games played at Candlestick Park, where he became a fan of the then celebrated quarterback Joe Montana.

While still in high school, Tom became his varsity starting quarterback after the one who held the position suffered severe injuries. He put up an impressive performance throughout the four years that he played college football.

During the 2000 NFL draft, Tom Brady had already made a name for himself and was one of the most sought-after players by NFL franchises. He was selected by the New England Patriots in the sixth round and has spent nearly his entire professional career with the club. In early 2020, Brady moved to the Tampa Bay Buccaneers.

As of June 1, 2021, Tom Brady had a net worth of $180 million. Tom has made much of his wealth from his successful career in American football. During his 19-year stint with the Patriots, he earned an estimated $230 million in salaries alone. In addition to his salary, Brady earned another $100 million from endorsement contracts.

Tom Brady’s Tampa Bay contract is worth $50 million, spread over two years. The earnings comprise of a $15 million base salary and $10 million in annual roster bonus. Examples of brands that Brady has entered into endorsement contracts with include Uggs, Sam Adams, Movado, Aston Martin, Under Armour, Glaceau Smartwater, The Gap, and Hershey’s.

Tom Brady also enjoys an impressive real estate portfolio. In 2009, Tom and his wife, Gisele, acquired an underdeveloped property in the Brentwood neighborhood of Los Angeles for $9 million.

The couple spent an additional $30 million to construct a home on the property. On May 2014, they sold the property to Dr. Dre at a cost of $50 million, making a $31 million profit. He is also associated with a penthouse in Manhattan and Connecticut.

Tom Brady’s asset base also includes a collection of luxury cars, including a 2018 Aston Martin Vanquish-S Volante, a 2011 Range Rover, a 2015 Rolls Royce Ghost, and a 2004 Cadillac Escalade ESV. Needless to mention, Tom married a supermodel who is around $400 million rich, putting the Brady’s total net worth at a staggering $580 million.

Tom Brady developed an interest in football before he could probably spell the word. He began to nurture his talent and by the time he was in high school, he was already a force to reckon with.

Though Tom’s career with the Patriots was generally successful, there were numerous times when the team was down by several points. Instead of giving up, Tom always chose to be an inspiration to his team mates.

Most of us may have thought that Brady would retire in his club of nearly twenty years, The New England Patriots. His recent move to the Tampa Bay Buccaneers is proof that change is the only constant thing in life.

The following are some of the memorable quotes by Tom Brady:

“Everybody has an opinion. I think everybody has the right to believe whatever they want. I don’t ever cast judgment on someone’s belief system.”

“I can’t do anything with what’s happened in the past. I have to just go forward with the most awareness I can going forward and trying to be the best I can be for our team.”

“I think sometimes in life the biggest challenges end up being the best things that happen in your life.”

“I’m not a person who defends myself very often. I kind of let my actions speak for me.”

Tom Brady has had a splendid career in the NFL. Hard work, team spirit, and resilience are the reasons he is considered the greatest quarterback of all time.