Who Is Tom Selleck?

Thomas “Tom” William Selleck is an American actor, filmmaker, and television producer with a career spanning close to six decades.

Selleck broke into the limelight in 1965. He played several minor roles before landing his breakout role as private investigator Thomas Magnum in the television series Magnum, P.I. (1980–1988). He subsequently starred in the film Three Men and a Baby (1987) and its second installment Three Men and a Little Lady (1990).

Selleck has appeared in over 50 films and television series during his career. His other noteworthy television roles include portraying Dr. Richard Burke on ‘Friends,’ Lance White on ‘The Rockford Files,’ A.J. Cooper on ‘Las Vegas,’ and New York City Police Commissioner Frank Reagan on ‘Blue Bloods.’

Tom Selleck is also a California Army National Guard veteran. His other professional engagements include being a spokesperson for the National Rifle Association (NRA) as well as a co-founder of the Character Counts! organization. 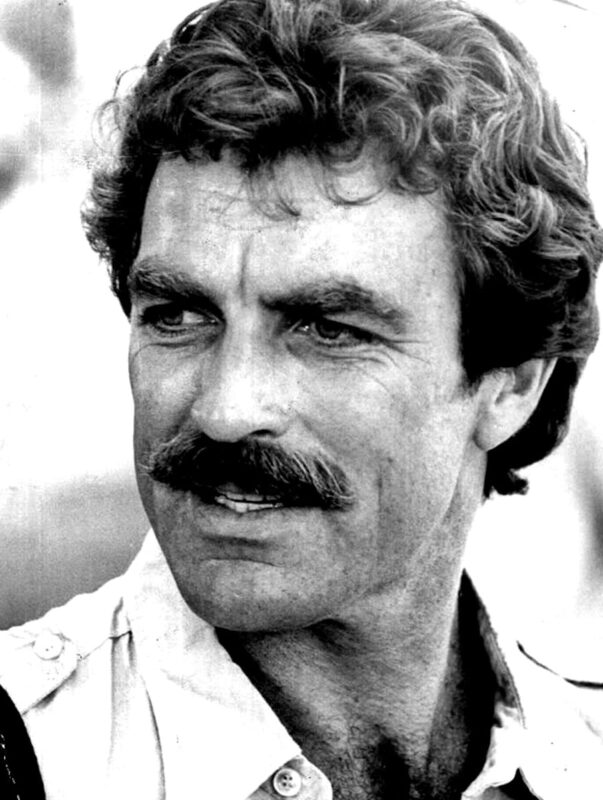 Thomas William Selleck was born on January 29, 1945, in Detroit, Michigan, United States, to Robert Dean Selleck and Martha Jagger Selleck. His father was an executive producer who also dabbled in real estate, whereas his mother was a homemaker.

However, Selleck left Los Angeles Valley College in his junior year and transferred to the University of Southern California to pursue Business Administration. Standing 6 ft. 4 in tall, Tom easily earned himself a spot in the USC Trojans men’s basketball team.

Selleck later dropped out of the university to pursue an acting career on the recommendation of a drama coach. He joined the Beverly Hills Playhouse, training under Milton Katselas. 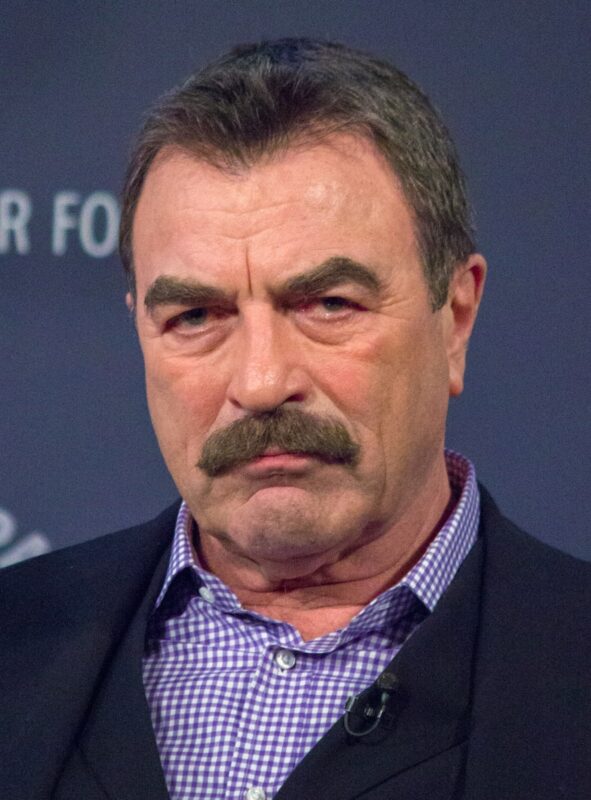 Tom Selleck made his television debut in 1965 as a college senior on The Dating Game. He appeared on the show again in 1967. He later appeared in episodes of the series ‘Lancer’ and ‘Judd for the Defense,’ both in 1969.
In 1970, Selleck made his film debut in the movie Myra Breckinridge. The following year, he portrayed Captain Denning in the series Sarge.

Tom Selleck’s breakout television role came in 1980 after he joined the cast of Magnum, P.I., portraying Thomas Magnum. The series continued until 1988, with Tom appearing in all its eight episodes. For his contribution to the show, Selleck was feted with an Emmy Award in the category ‘Outstanding Lead Actor in a Drama Series’ in 1984.

Tom Selleck continued making numerous film and television appearances while starring in Magnum, P.I. Notable ones include the films Runaway (1984), Three Men and a Baby (1987), Her Alibi (1989), and An Innocent Man (1989).

In 2000, Tom Selleck appeared in an episode of Running Mates. The following year, he joined the cast of TNT’s television movie Crossfire Trail.

From 2010, Tom Selleck has appeared as a troubled NYPD Police Commissioner Frank Reagan in Blue Bloods. He has also landed roles in the series Jesse Stone: Innocents Lost (2011), Jesse Stone: Benefit of the Doubt (2012), Jesse Stone: Lost in Paradise (2015), and Friends: The Reunion (2021).

Tom Selleck has received at least five prestigious awards during his acting career.

Tom Selleck has commanded the spotlight for over five decades. During that period, he has earned himself a considerable amount of fame and fortune. As of December 1, 2021, Selleck had a net worth of $45 million.

A significant portion of Selleck’s net worth also comes from endorsement earnings. Selleck has appeared in multiple commercials for renowned brands, such as Pepsi-Cola, Safeguard, Salem, and Revlon.

Tom Selleck realized he was destined for an acting career while in The University of Southern California. He subsequently left the university to pursue his acting ambitions.

2. Capitalize on your hobbies

Selleck is an avid outdoorsman as well as a marksman and forearms collector. He leveraged these interests to land numerous leading roles in cowboy-themed movies, such as The Sacketts.

Tom Selleck was offered a chance to star in the film Baywatch. However, he declined the role claiming he didn’t want to cut the image of a sex symbol.

• Having had that experience… I think, what modern culture wants to see is the relationship with the woman. I don’t think you can tell a story on film nowadays where the woman simply is there for the man when he decides to settle down.
• I had a strong, really good upbringing, not puritanical.
• I think television has always been one to replicate when something’s successful. I don’t think there’s quite as much innovation.
• My first priority is time with my family.
• You know, there’s so much imitation and so much pandering in Hollywood.

Tom Selleck broke into the limelight in 1965 and has since featured in over 50 notable films and television series. Despite his advancing age, Selleck continues to star in critically acclaimed shows, including Blue Bloods.

Tom’s exceptional acting talents, coupled with his incredible versatility, has translated into his $45 million net worth.