Who Is Tyler Perry?

Madea is a tough, elderly, African-American woman who has inspired more than 5 of Tyler Perry’s films, all of which have been a critical and commercial success.

Tyler Perry was born Emmitt Perry Jr. on September 13, 1969, in New Orleans, Louisiana, to Emmitt Perry Sr. and Willie Maxine Perry. As a young kid, Perry was physically abused by his dad and at some point, he even contemplated committing suicide. However, his caring and religious mother always gave him a reason to live a day longer.

Growing up, Tyler Perry was a fan of The Oprah Winfrey Show. At one point, he listened as someone explained on the show how therapeutic the art of letter writing is. He took up the challenge and started writing letters to himself.

Tyler Perry’s letters became the foundation of his own musical titled I Know I’ve Been Changed. He built upon the eventual success of the musical to produce his first movie, Diary of a Mad Black Woman. To date, Tyler Perry has acted and produced scores of films, including the Madea franchise that has been particularly critical to his success.

But Tyler Perry was not born with a silver spoon in his mouth. In fact, Perry is one of the many celebrities who built his empire from the ground up. He claims that he was inspired by The Oprah Winfrey Show.

While watching the show at some point in his early 20s, Tyler Perry discovered the therapeutic effects of letters. He began to write letters to himself and his efforts culminated in the production of a musical known as I Know I’ve Been Changed.

Unfortunately, I Know I’ve Been Changed was not well received at first. But considering that Tyler Perry had used his entire life savings of $12,000 to produce the musical, he was not about to let his investment go up in smoke.

He refined the musical until it eventually became a success and then used the platform to sell over $100 million in tickets for more productions. Tyler Perry invested most of the proceeds from the musical to fund the production of his debut film, Diary of a Mad Black Woman. Though the movie was not critically acclaimed, it was a commercial success, grossing $50.7 million in the United States from a $5.5 million budget.

After the success of his first movie, Tyler Perry has gone on to produce other commercially successful films, including:

Tyler Perry owns the Tyler Perry Studios headquarters in Atlanta. He has recently been developing a sprawling new property around the same place.

The following are other real estate properties that Tyler Perry has acquired (and sold) over time;

• He acquired a 14,000-square-foot residence located on White Bay Cay Island in the Bahamas in 2009 for $6.4 million.
• He sold a 10-bedroom home in Mulholland Estates, Los Angeles in 2018 for $15.6 million. He had purchased the property just eight months earlier for $14.5 million.
• He owns a 25,000-square-foot mansion in Beverly Ridge Estates, Los Angeles, that’s valued upwards of $20 million. In 2020, it was announced that Prince Harry and his wife, Meghan Markle, were renting the mansion.

b) Tyler Perry’s Other Assets

Tyler Perry’s asset base also includes luxury cars and a Gulfstream private jet that he reportedly acquired and customized for $125 million.

After purchasing the jet, Perry spent a whopping $50 million to customize and furnish the jet. It includes a screening room complete with a 42-inch LCD flat-screen television as well as a satellite hookup, a formal living room, a VIP bedroom, kitchen, among other facilities. 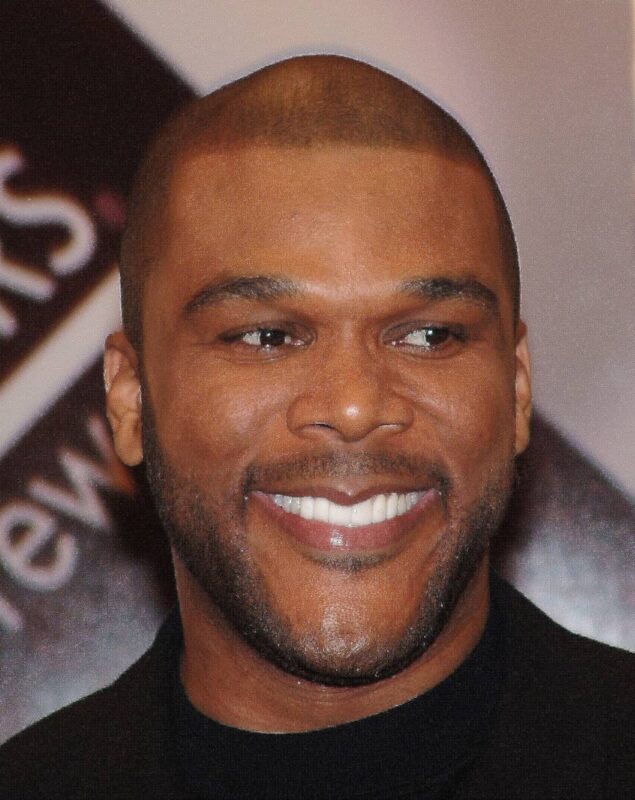 Tyler Perry bore the brunt of his dad’s physical abuse, even contemplating suicide at some point. But he lived through the ordeals to become one of the world’s best entertainers.

2. Do not bear resentment towards others

Despite being physically abused by his dad, Tyler Perry has never spoken ill of him. It only goes to show how free we can set ourselves if we only forgive others, particularly those that don’t deserve our forgiveness.

3. Learn from your mistakes

After his musical failed on the first attempt, Tyler Perry refined it until it was eventually acceptable.

“Everyone can relate to love, hurt, pain, learning how to forgive, needing to get over, needing the power of God in their life.”

“It doesn’t matter if a million people tell you what you can’t do, or if ten million tell you no. You can get a thousand no’s from people, and only one “yes” from God.”

“It’s not an easy journey, to get to a place where you forgive people. But it is such a powerful place, because it frees you.”

“What I’ve learned is you treat women right.”

Tyler Perry has seen it all. To emerge from a deprived childhood to become the big brand that he is today, it only goes to show that goals can be reached.