About Tyler the Creator

Born Tyler Gregory Okonma, Tyler ‘the creator’ is an American rap star, singer, songwriter and music producer that has been on the music scene for over a decade.

He is one of the leaders of the hip hop group ‘Odd Future’ and has released five albums along with a mixtape. As of 2023, he is said to be worth between $12-15 million, so let’s take a look at how he has managed to build that wealth over his career.

• At the age of seven, he would take the cover out of an album’s case and create covers for his own imaginary albums – including a track list with song lengths – before he could even make music.

• At the age of 14, he taught himself to play the piano. In his 12 years of schooling, he attended 12 different schools in the Los Angeles and Sacramento areas. He worked at FedEx for just under two weeks, and Starbucks for over two years.

• Tyler has been criticized for his use of homophobic slurs, in particular, his frequent use of the epithet “faggot” in his lyrics and on Twitter.

• Tyler has also been criticized for his graphic depictions of violence against women and his allegedly misogynistic lyrics.

• On March 15, 2014, Tyler was arrested for inciting a riot after having shouted to fans to push their way past security guards at a sold-out show at the South by Southwest music festival.

Tyler Gregory Okonma otherwise known as Tyler, The Creator was born in Ladera Heights, California on March 6, 1991. Having never met his father Tyler primarily grew up with his mother and his sister by his side.
During his 12 years of schooling, he attended a new school almost every year within the Los Angeles in Sacramento areas.

At age 14 Tyler decided that he wanted to learn to play an instrument and took the initiative to teach himself to play the piano, and in no time he was a very talented pianist. However, he did not capitalise on his talents straight away, in fact, he worked at a series of entry level jobs instead, earning his money in FedEx and Starbucks. 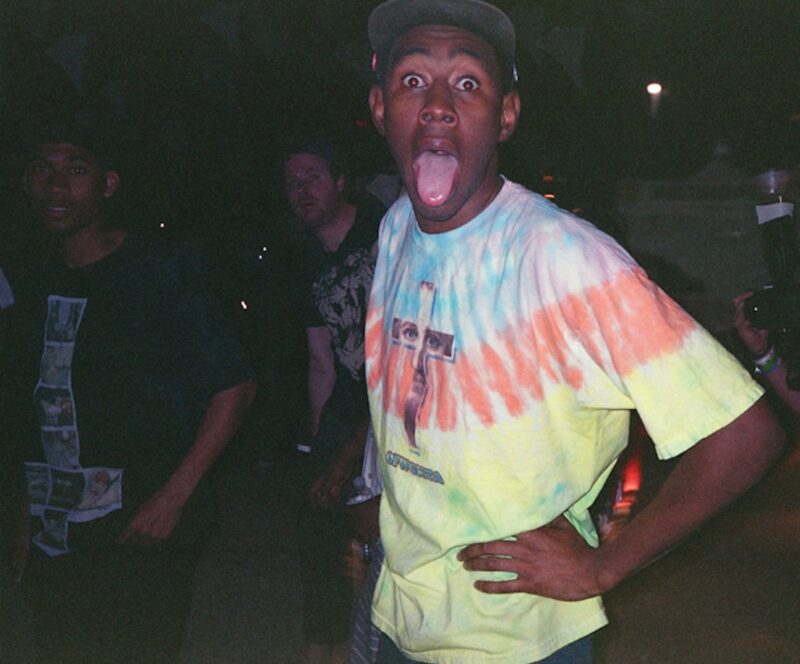 In 2009, Tyler finally bit the bullet and released his first mixtape named ‘Bastard’. Quickly after that, he signed a record deal with XL Recordings. In 2010, he released ‘Yonkers’ and ‘Goblin’, both of which were highly popular albums. Soon after the success of these two albums, he gained instant popularity and was asked to perform for several shows and concerts including the ‘MTV Awards,’ ‘Late Night with Jimmy Fallon’, and ‘Jimmy Kimmel Live.’

The next year, Tyler formed ‘Odd Future’, a hip hop group that would create some awesome music, and even have their own live-action-comedy series on adult swim!

In 2015, Tyler released ‘Cherry Bomb’ which featured top artists like Lil Wayne, Kanye West, and Schoolboy Q, which goes to show the popularity that Tyler was beginning to gain. He would release two more albums over the next four years, and even received nominations for two Grammy Awards!

In 2011 Tyler launched his clothing line, GOLF WANG, which is a play on Wolf Gang, a phrase that was used a lot in Tyler’s early music. The brand is known for its vibrant and colourful clothes, shoes, accessories, and skateboards. The brand’s products are designed and styled by Tyler and modelled by his friends.

The brand caters to hip hop, streetwear, and skateboarding cultures. Tyler has made quite a lot of money from this venture, and it proves that he is a smart businessman that can make money from various streams!

Tyler the Creator Net Worth

As of early 2023, Tyler the Creator has a total net worth of $12-15 million. However, with his consistent music production, and his side hustles, there is no doubt that this fortune will only continue to grow as the next few years go by.

Tyler has released five studio albums to date and has been nominated for some of the biggest awards in the music industry. Here are his award involvements:

Here are Tyler’s Album’s to date

For many years, people have wondered about Tyler’s sexuality. In his lyrics, he’s made references to same-sex relationships and being attracted to the same sex. He’s also mentioned this in interviews. He dated Jaden Smith in 2018. This makes his consistent use of the term ‘Faggot’ on Twitter even more baffling.

Tyler the Creator is an atheist. A number of his lyrics are anti-religious.
Tyler collects bicycles and skateboards.
Tyler was banned from the United Kingdom for five years in August 2015. This meant he had to cancel his appearances at the Reading and Leeds music festivals as well as a number of shows on his Cherry Bomb tour. Back in 2009, Prime Minister Theresa may took issue with a number of lyrics on Tyler’s mixtape “Bastard.” Tyler had toured the U.K. several times since 2009. 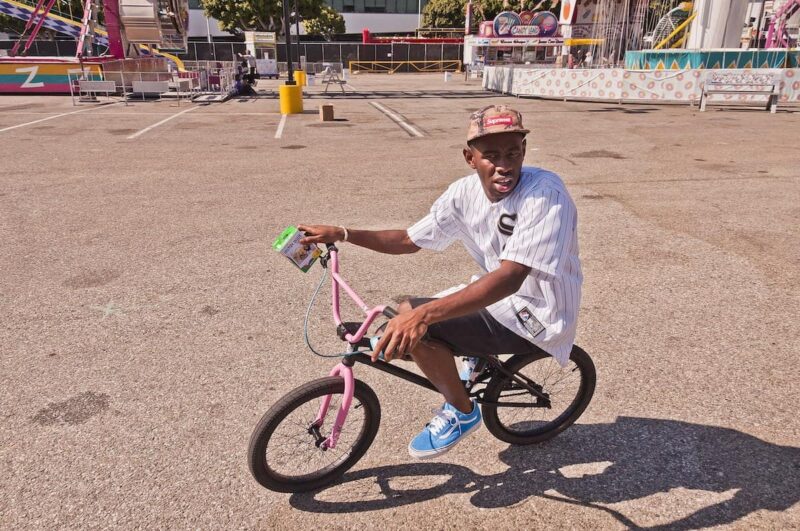 Tyler is not a man to pull any punches. He is very outspoken and has said quite a few controversial things, especially on social media. Here are some of his tamer, and perhaps inspiring quotes for you to enjoy.

“Youth is something I never wanna take for granted. I just want to smile and live life”

“I’m not a follower. I’m a leader. And anyone who speaks their mind is always criticised.”

Tyler, like many of us, had a difficult childhood, and perhaps that makes him relatable for many of us. However, what makes him so inspiring is how he continued to work and grow on his craft, and as a result, he became a better version of himself and created and produced better music with bigger stars. It is no surprise that Tyler has managed to create such wealth for himself because he is always looking for ways to grow!