There’s no arguing that Hollywood movies have become more and more technically impressive, especially in the area of visual effects.

VFX artists can create just about anything with CG, which involves advanced 3D modeling and painstaking animation.

For feature films, this can require dozens, if not hundreds, of artists, animators, and technicians.

But we very rarely talk about the VFX work that goes into music videos.

Yes, music videos are, in essence, promotional materials for an artist’s upcoming or recent release. But from the 1980s onward, they have also become a fantastic opportunity for creative filmmaking.

Music videos can remain popular for an extremely long time, especially if the underlying song catches on with general audiences. There are even a select few music videos that overshadow the music and became more famous than the song.

Each video has its own artistic style, and when there are big ideas behind the scenes, the producers need to hire substantial production and post-production crews.

Many of the VFX artists behind your favorite music videos also work on feature films and many other projects. There are important similarities and differences between these different types of projects, but in many cases, VFX work for music videos can be more demanding.

Fernando De Souza is a leading entertainment industry VFX artist. His past projects include many watershed Hollywood films like Spectral, X-Men: Days of Future Past, X-Men: Apocalypse, and The Avengers.

But today we’re going to focus on his work for music videos.

De Souza has a list of music video credits that is just as impressive. He served as a 2D artist on the video for Selena Gomez’s Kill Em with Kindness. He has also helped to create videos for Katy Perry, Lorde, Janet Jackson, Fergie, and Miguel, among many others.

While we didn’t have time to discuss the finer details of the technical side of De Souza’s music video work, he did provide some very helpful advice for anyone looking to work in music videos or in entertainment as a whole.

On working with artists and celebrities 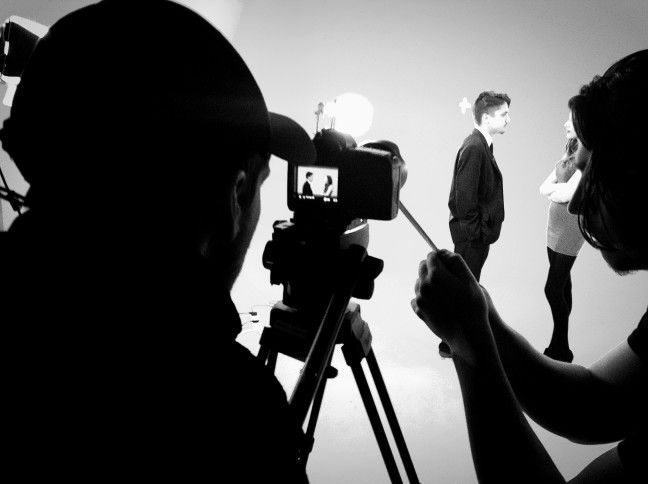 For anyone who doesn’t work in the entertainment industry, music video projects definitely have an intimidation factor to them.

For a pro like De Souza, working on a music video means working side by side with world-famous music artists, directors, and other celebrities. But any sense of intimidation could get in the way of the work at hand.

Thankfully, De Souza is more than comfortable working with anyone and everyone, regardless of their status. It has a lot to do with how he grew up, but it’s also a way to ensure that nothing takes his attention away from the job.

“I’ve never really felt intimidated by working with famous artists. I grew up in an artistic environment, surrounded by well-known, influential people. So when I started working on music videos and major Hollywood pictures, it didn’t take long to get used to the environment.”

Consistent professionalism is key for creatives of all kinds, and in the entertainment industry, it’s an informal prerequisite for every project.

If you’ve been signed on to a project, stay confident in your abilities, and be ready to share constructive thoughts with the whole team. 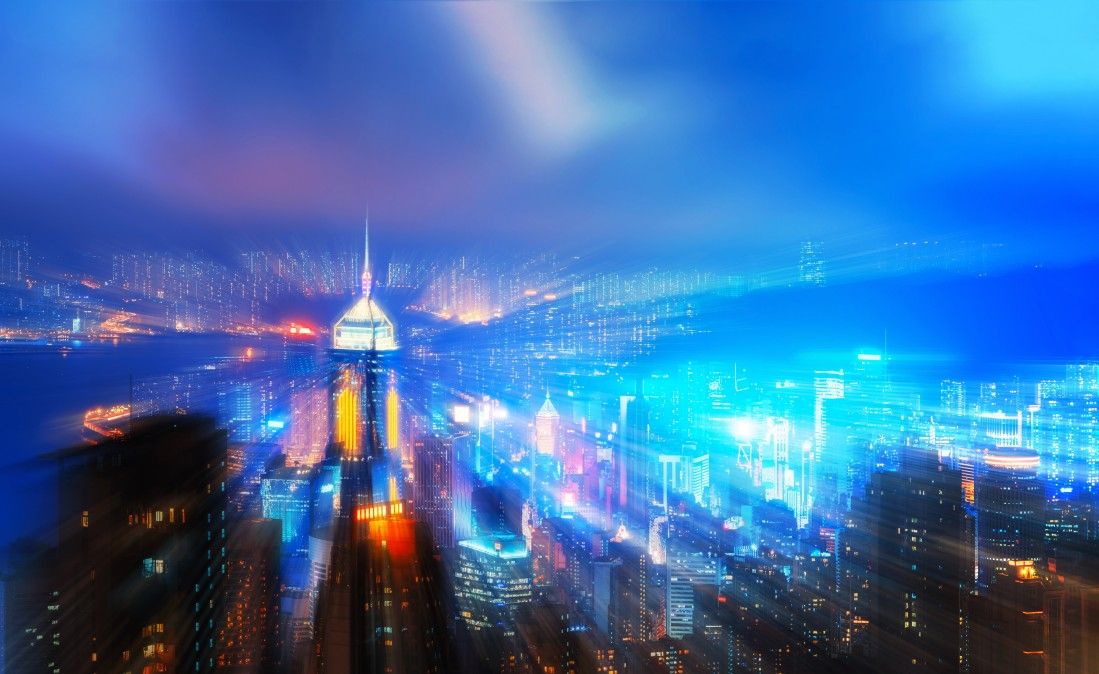 Music videos are very often a space where everyone involved gets to be creative and think outside the box. Whereas a lot of feature films focus on recreating past successes, occasionally to their detriment, each music video wants to distinguish itself from the competition as much as possible.

This can create an ecosystem of creativity and inspiration that can easily bleed into other projects.

De Souza mentioned one of the most inspiring music video projects he’s worked on to date and how the unique vision behind the video kept everyone engaged and working hard.

“The project with Karin Huu Do for the Miguel song “I Told You So” was very inspiring. It was a very unique vision of doomsday, and it was a pleasure to be a part of this one.”

The video shows Miguel in the middle of the desert, presumably during the end times. The footage cuts back and forth between the main story and brief looks at world events, incorporating other video and film formats.

A Hollywood feature may never be allowed this much freedom. The artist and the director had a vision. De Souza and the rest of the team made that vision a reality.

When you work on especially creative projects, the finished videos can serve as calling cards for future jobs. So if you find yourself working on a video that’s drastically different from the work you’ve done previously, you should still give 110% at all times.

Originality is celebrated in the world of music videos. Instead of being scared off by new ideas, embrace them, and do your best to help them succeed. By the end, you might just be inspired to brainstorm some off-the-wall ideas of your own. 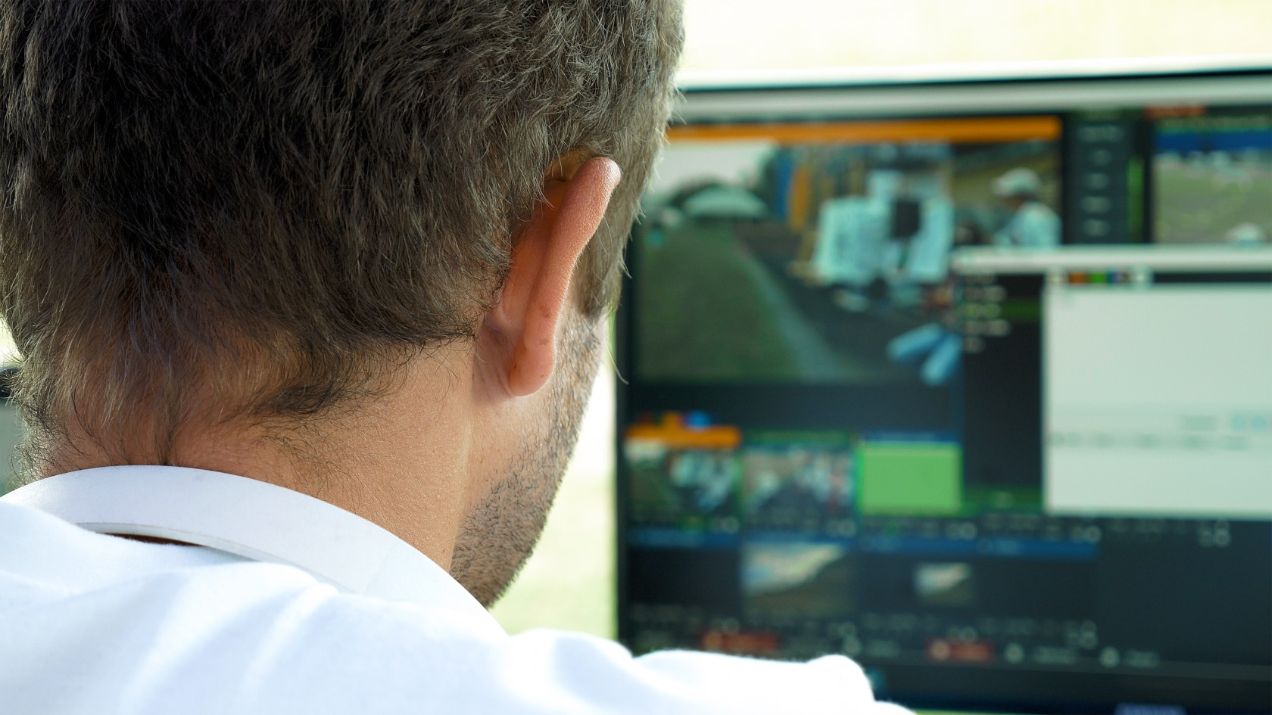 It’s not every day that we get to speak with a professional who’s worked on feature films, music videos, and commercials, so we made sure to ask De Souza about how these very different kinds of projects compare to each other.

First up, how does working on music videos compare to working on commercials for major brands?

“Commercial work and music video work are really two different worlds. In commercials, we work with agencies and clients. When working on a music video, we’re dealing directly with the artist and the director. As you might have guessed, music artists and directors are generally more open to unbridled creativity.”

To the average viewer, it may seem that many commercials are just as creative as music videos, but in reality, every second and every word of an advertisement are carefully researched and planned. Yes, many of them are still very creative and visually compelling, but the process of creating them is restrictive.

To use a quick driving analogy, working on a commercial is like being given a specific set of directions, telling you exactly how to get to the destination.

Working on a music video is like taking several spontaneous detours on the way to your destination. You’re free to make more decisions based on instinct and collaboration.

Both destinations may be equally interesting, but getting there is where the biggest differences lie.

Now, when it comes to the differences between music videos and full-fledged feature films, the single biggest factor is time, as De Souza explained.

“Feature films have more money and time to deliver than any music video, no matter who the artist is. I don’t know if I can say I like one more than the other, but when I’m working on a music video, the deadlines can be very tight, which can actually be a fun challenge.”

The reasons behind this mostly have to do with budget and other external constraints. As you can see, these different project types have vast differences, even if the work itself has plenty of overlap.

The answers to these questions depend entirely on your own work style and your abilities, and that’s exactly why we asked De Souza to explain the differences.

When you’re just starting in VFX, you don’t have a lot of experience, which makes it hard to know which projects you’ll be best suited for.

Hopefully, De Souza’s inside look at these projects has given you more to consider. For example, if you hate rushing your work, you might want to stay away from music videos, at least for a while.

If you enjoy taking small creative liberties rather than following precise instructions, then you would probably enjoy music video or feature work more than working on commercials.

Of course, you don’t need to stay locked into one type of work, either. Your career could take you to places and projects you never could have imagined.

If there’s a singular lesson here, it’s to challenge yourself as an artist and keep an accurate perspective on what you can and can’t do.

As you grow and change, you’ll get to know your artistic side much better. You’ll find the kind of environments where you can thrive, both artistically and professionally. Until you get to that point, enjoy the journey and focus on being a helpful, talented, and enthusiastic coworker.