You might be wondering why my first sentence was so strange right about meow. No, I am not a cat. If I was, I wouldn’t have opposable thumbs and probably wouldn’t be able to spell so well.

So why am I meowing? Because I am trying to channel my inner cat so I can better teach you what cats know about content marketing.

Now you’re probably thinking, what do cats know about content marketing? Prepare to have your mind blown because they probably know more than you.

Cats have been marketing themselves since the dawn of the internet and they’ve been doing it without all the training marketers like you and I have.

Read on to learn about a few famous cats who have used content marketing tactics to secure their place in pop culture, and what you can learn from them. 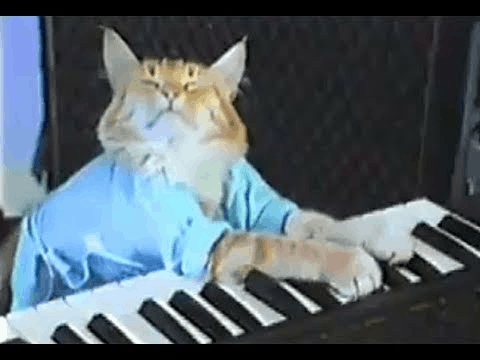 Who doesn’t love this viral video of a cute little tabby pounding out a catchy tune with his furry paws. This video is still such a part of our culture today it is hard to believe it was originally filmed in 1984.

Even though it didn’t make its way to the internet until 2007, there is no doubt that Keyboard Cat was an early adopter of video and a great example of video marketing.

What can you learn from Keyboard Cat? Sometimes you need to branch out and try different mediums. If you only write blog posts, try repurposing one into a SlideShare, a tutorial video, or my personal favorite, a gifographic.

Maybe you will fail, or maybe you’ll find yourself becoming a shining example of the benefits of reworking content to reach a wider audience. 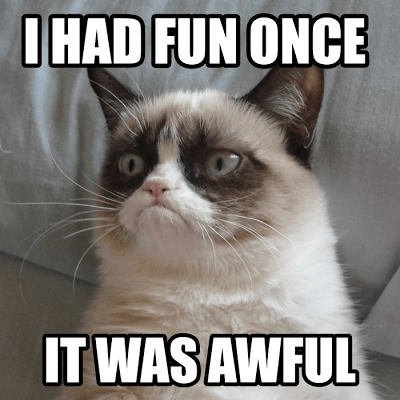 Grumpy Cat (whose actual name is Tardar Sauce) frowned her way into our hearts in 2012 after a photo of her was posted on Reddit.

Today you can buy Grumpy Cat merchandise (I myself have a pillow in her likeness), buy a Grumpy Cat book, and she even starred in a Lifetime movie.

If any cat has managed to turn their internet fame into a career, Grumpy Cat is a shining example. Instead of letting her virality go to waste, she used it jumpstart a career of frowning and complaining about things.

Grumpy Cat is a great lesson in not wasting your traffic from viral content, a mistake that even some of the best content marketers have made.

For example, Jeff Deutsch wrote an Inbound.org article that went viral and became the site’s most upvoted of all time. Unfortunately, in a follow up post he admitted that he squandered that attention by failing to convert readers into sign ups for his product.

Clearly Jeff Deutsch could learn a lot from Grumpy Cat, and so can you. Make sure you have a clear call to action and turn your visitors into subscribers. You probably won’t achieve grumpy cat fame, but maybe you can get a Lifetime movie based on your life too. 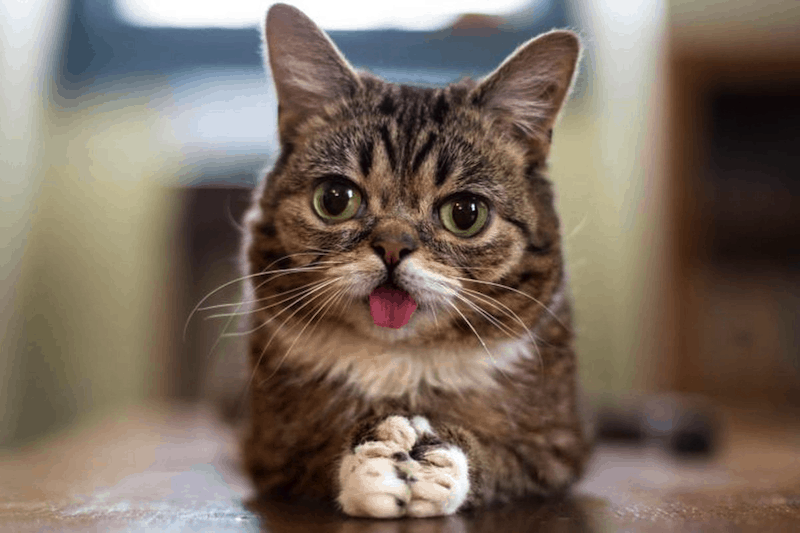 Similar to Grumpy Cat, Lil’ Bub first achieved fame through a Reddit post and gained attention due to her unique appearance. She has numerous genetic abnormalities including a short lower jaw making her tongue constantly hang out of her mouth.

A 2014 study by Fractl tried to find the emotions that make people more likely to share content. They were able to zero in on three of them, all of which Lil’ Bub has perfected: positive feelings, emotional complexity, and surprise.

I feel positively about Lil ’Bub because she is a cute cat, but my emotions are complex because her genetic abnormalities also make me want to cry. That ever present tongue hanging out definitely captures the element of surprise. I’ve never seen a cat like that before.

If you want to get on Lil Bub’s level of content interaction, you’re gonna have to play with your readers emotions. Surprise your readers, then make them happy, but definitely don’t forget to make them cry. They might just hit the share button to make their friends cry too. 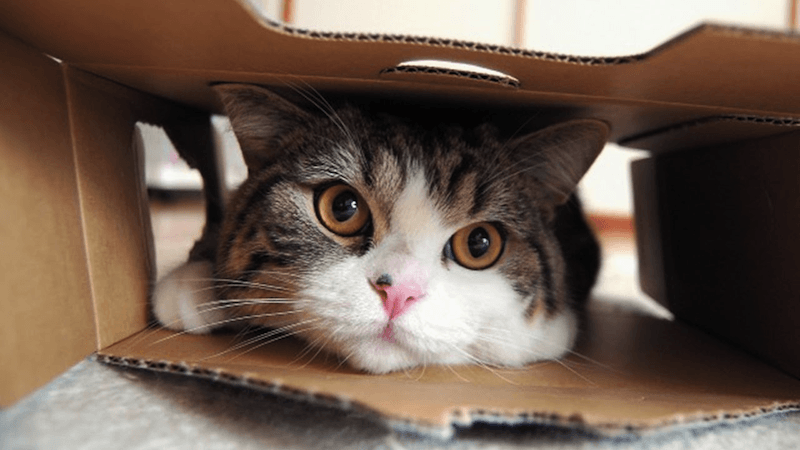 Even if you haven’t heard his name before, you’ve probably seen Maru before in video or gif form. He is usually found inside or box or getting into all sorts of hijinks.

Maru is from Japan, but is loved by people all over the world. You can even take his big eyes home with you today with his book I Am Maru that has both English and Japanese text.

Translating your content into multiple languages can help you grow a multicultural audience, and rank better in SERPs. You don’t have to be a cute cat to be popular in multiple countries, you just have to be able to speak their language. 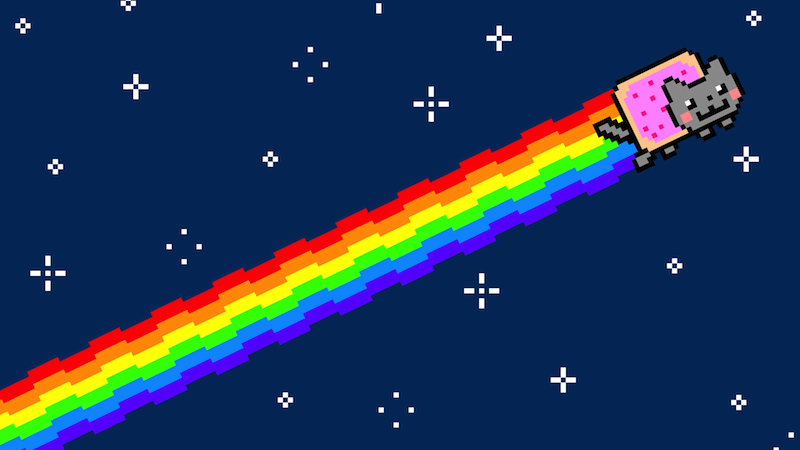 Nyan cat might not be as much of a cat as he is a Pop-Tart, but his hundred million views on YouTube still definitely qualify him for this list.

Why did this strange half-cat half-Pop-Tart flying through space to Japanese pop music leaving an epic rainbow trail behind him take off the way it did? Well, because it’s funny.

I’m not going to try and dissect what makes Nyan Cat funny. Everyone has a different sense of humor so maybe you don’t find it funny at all. I, however, and a hundred million other people, do find it hilarious. And you know what we did? We shared it with our friends who we thought would also find it hilarious.

Create your own meme, make a series of YouTube videos, or just take some pictures of your cat pretending to be a person. If you can make your readers laugh you are one step closer to achieving Nyan Cat’s virality. 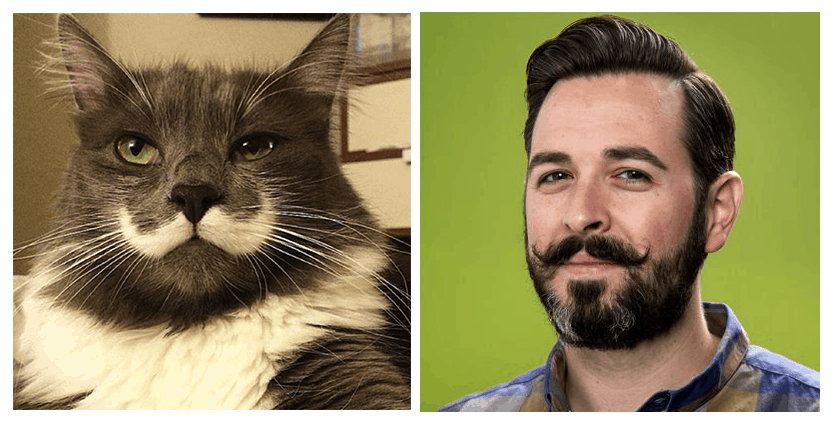 This cat is cooler than you. It’s cooler than me too. You had to work hard to grow hard that pathetic moustache, Hamilton the Hipster Cat was born with his distinctive furry facial hair.

Hamilton was adopted from a shelter in 2012 and has since taken the internet by storm. With almost 500 thousand Instagram followers and 100 thousand likes on Facebook, clearly this cool kitty is doing something right.

In addition to being a social media influencer, Hamilton starred in a series for Animalist called “Before It Was Cool With Hamilton the Hipster Cat” and even starred in a music video for Friskies.

Hamilton was appealing to millennials before it was cool to market to millennials If you want millennials to love you as much as they Hamilton it probably won’t happen, but you can learn some tricks to at least not deter them.

One thing you have to do if you want millennials to read your content is be authentic. Millennials value authenticity even more than content when consuming news.

Hamilton the Hipster Cat is the definition of authentic. His hipster cred is not in question. Make sure you are letting your personality shine through your content and not hiding things from your readers.

You may have also noticed that Hamilton the Hipster Cat bears a striking resemblance to another much loved content marketer. Maybe growing a moustache should be a part of your strategy? 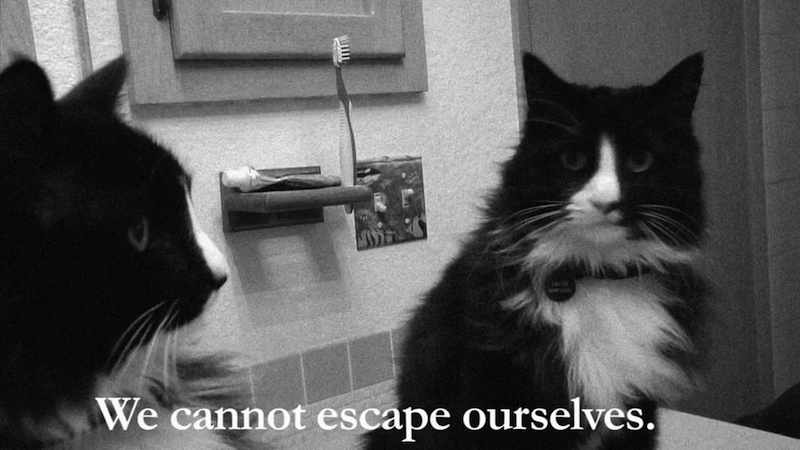 Henri is the star of the web series Henri, le Chat Noir. In the videos, Henri is filmed in black and white while his tortured existential thoughts are being narrated in French (with English subtitles).

While there is no shortage of cat videos on the internet, Henri manages to stand out from the crowd with his unique use of narration and storytelling. He captures the inner turmoil of being a cat in a way a silent gif or meme can’t.

Henri is a great reminder of the importance of storytelling in your content. We are now living in an age where the quality of your content is more important than ever and simply having a blog is not enough. You need to create content that provides a good user experience, and storytelling can do that.

The next time you sit down to start creating a piece of content, don’t just shove a bunch of keywords and clickbait together. Think about the story you are trying to tell, and be authentic to it. Your customers will thank you for it.

Cats have it easy when it comes to marketing themselves because everything they do is adorable. If you can’t be as cute and fluffy as a cat you’re going to have to work a little harder. The next best thing is to study and learn from them.

Carly Schoonhoven is a Content Marketing Coordinator for Iterate Marketing in Portland, OR. She handles content outreach and promotion for companies across a wide range of industries, and is the proud parent of a black and white cat named Abraham Higginbotham. She is on Twitter and Linkedin.