For anyone who doesn’t work in the tech sector, it’s very easy to get used to the conveniences and wonders of highly advanced hardware and software without truly understanding or even acknowledging the immense amount of work that makes them possible.

Tech is arguably already a crucial aspect of everyday life here in the United States and in many other countries around the globe.

COVID-19 and its disastrous effects on the world at large seem to have emphasized this reality more than ever before.

The services provided by various tech products and programs have become part of who we are, and the way in which these products and services are presented and designed facilitates our interactions with them.

Today we’ll be looking into the process of user-focused UX design, as well as the contemporary perception and valuation of both design and designers within the tech industry as a whole, and Xintong Liu will be guiding us along the way. 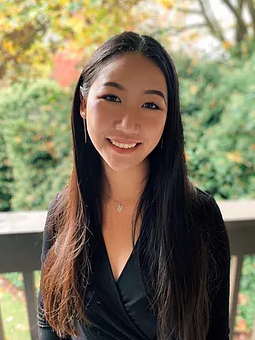 Award-winning User Experience (UX) and User Interface (UI) Designer Xintong Liu has developed design concepts with some of the biggest names in tech, bar none, including Apple and Microsoft. She is currently working with Apple as an Interactive Designer.

She designs digital experiences for apple.com, the Apple Online Store, and the Apple Store app.

Having worked with many different companies, from startups all the way to the United Nations Development Programme, Liu excels at creating minimalist, user-centric designs to tell the story of the brand in question.

It’s clear that she finds a great deal of satisfaction in UX design work, though she went on a journey to arrive at this specialization.

Prior to her career as a UX and UI Designer, Liu worked as a visual designer, focusing on print design, layout design, and digital design.

However, the inherent subjectivity of visual design felt a bit off-putting to Liu, especially when compared to UX Design, which she describes as being based much more heavily on practical implementation and benefitting users.

“The beauty of UX design is that all the design decisions are evidence-based. Everything is for the users. UX design creates products that provide meaningful and relevant experiences to users. This involves aspects of branding, design, usability, and function.”

Aesthetic elements are certainly still relevant to this field, but usability and function come first.

With that in mind, let’s transition to a simplified view of how Liu brings design ideas to life throughout the course of her work.

From ideation to implementation

UX design, by its nature, affects many teams within a company, since both aesthetic and functional components will be altered in some way.

Still, Liu is ultimately responsible for leading this design process, and as she told us, that process involves her own ideation in addition to in-depth collaboration with other teams.

But what about the very beginning? Well, it’s all about understanding and anticipating the needs of the users.

“I start by empathizing with the users. During this phase, I usually conduct various user research or work with stakeholders to understand the problem I am solving for. This information will then help me define the core problems and lead me to synthesize users’ needs and pain points.”

This attention to users’ needs right out of the gate helps establish priorities against which various design choices can be weighed against each other.

As a very basic example, imagine that the company in question wants to make it clear to users that many different services and features are being offered.

In concept, that’s all well and good, but how are these myriad features being presented to the user?

If this desire to communicate lots of information translates to an app home screen that’s overly cluttered, then users will most likely feel overwhelmed and maybe even frustrated. This is especially true if they aren’t able to easily find the feature they actually want.

Following this initial stage, Liu explores many different kinds of innovative solutions for the problems that have already been encountered through research.

“From there, I create prototypes to show all the interactions and work with user researchers to test out the product. After getting feedback from users, I redefine further problems and optimize solutions. Eventually, I start the process over, making further iterations, alterations, and refinements.”

Related  45 Inspiring Quotations That Will Change The Way You Think

You’ll notice that there’s never really a stage in the process that’s removed in any serious way from the wants and needs of users.

If users don’t connect well with the finished product, then the process has gone wrong somewhere along the way. Given the timing of our conversation with Liu, it was nearly impossible to not at least acknowledge the COVID-19 pandemic and its effects on the tech industry and, more to the point, UX design.

Liu noted that the pandemic brought a number of different UX and UI design challenges and opportunities to the forefront, including translating traditional, in-person customer engagement to digital engagement and the advancement of voice commands in lieu of physical touch commands.

But one of the most compelling opportunities was the chance to make tech more accessible.

“The pandemic gave UX/UI designers a great opportunity to optimize accessibility. The pandemic brought more people into the digital space, including those who weren’t tech-savvy. UX/UI designers need to create truly universal products that are usable by people of all ages, all technical expertise, and various physical abilities.”

Accessibility definitely isn’t a brand new topic in the tech world, but the pandemic moved the schedule forward, so to speak.

Even if a design team had been planning to make a product or interface more inviting to older individuals, for example, this now had to be accomplished almost instantly.

This isn’t to say that, because of the pandemic, interfaces are fully accessible and intuitive to everyone. However, much more attention has been paid toward reaching this goal as quickly as possible. 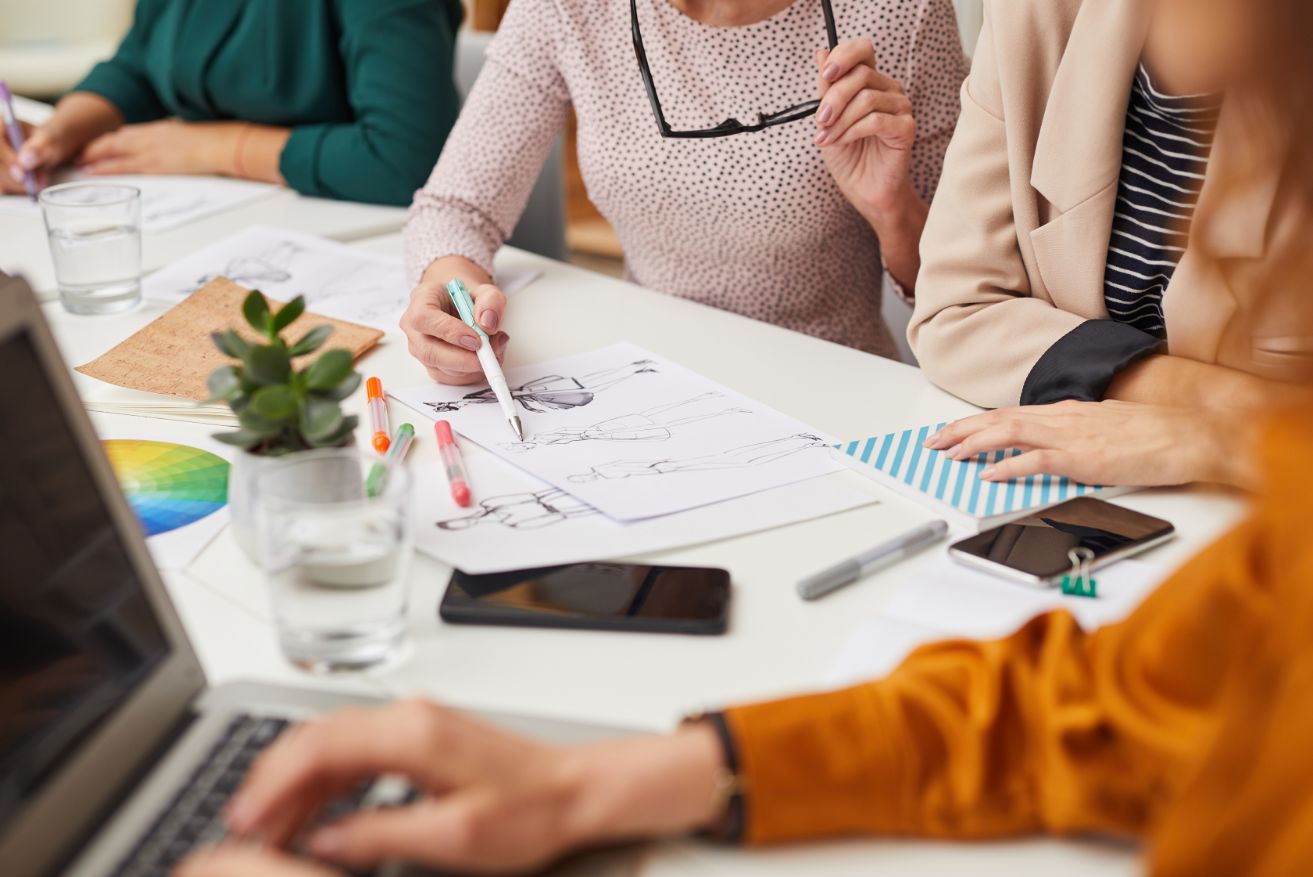 Liu confessed that one of the most difficult aspects of quarantine measures in response to the pandemic was seeing so many small businesses being forced to close their doors.

For obvious reasons, this posed a serious threat to these businesses, and soon enough it seemed like the only feasible way for these stores to bring in revenue during this crisis was to adapt to digital spaces.

“Many [small businesses] needed a digital presence in order to connect with their customers, but they didn’t have the resources and expertise required. As a design leader, I supported small businesses owned by people of color by offering free design services and consultation to owners and helped them create user-friendly online platforms and improve user satisfaction through digital interaction.”

But this pro bono work was much more than temporary assistance for struggling businesses. In a way, it was akin to ‘teaching a man to fish,’ as it introduced these owners to key UX and UI design concepts that they may have been entirely unfamiliar with prior to Liu’s intervention.

These are concepts that these business owners can carry with them as they continue to develop their digital presence.

A business’s digital presence, after all, isn’t simply a fad or a trend; it’s a crucial component of conducting business in the modern world.

Valuation of design and designers 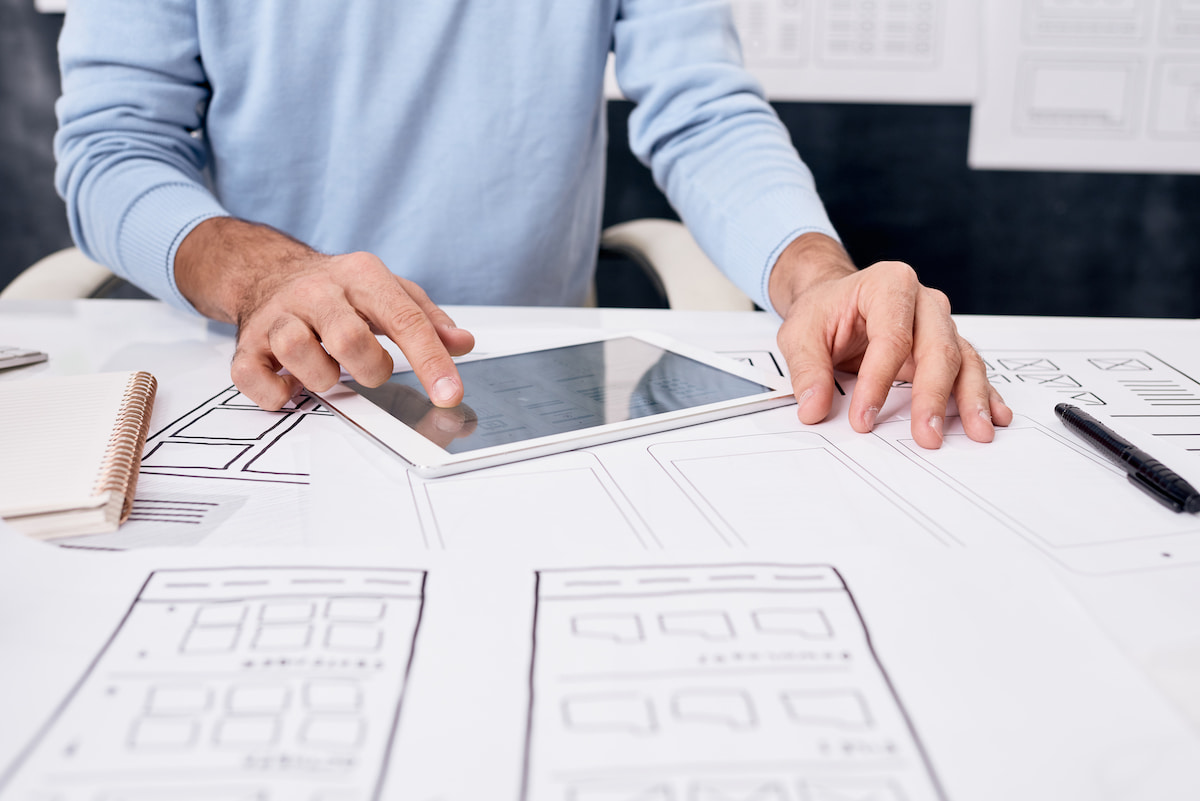 The obvious importance of UX design has been heightened not only by current events like the 2020-21 pandemic, but also the rise of tech’s role in nearly all aspects of life. And yet, despite the self-evident benefits of positive UX, there is a worrying trend in how design and designers are viewed by the companies that employ them.

This shift has some ties to the pandemic, as many designers were laid off last year, even from companies who have made their careful attention to design a major part of their branding.

Liu feels that these companies need to come face-to-face with the realities of what designers are providing.

“Leaders and innovators in the tech industry should understand that designers think about everything from business models to organizations. Designers aren’t limited to shaping objects. Designers create solutions that can not only shape a product’s future but also influence a company’s development. Designers deserve a seat at the table.”

For the moment, designers appear to have been unfairly pigeonholed by leadership of various tech entities.

Indeed, layoffs of designers during tough times implies that designers are not seen as essential to short- and long-term success, but this just isn’t the case.

Hopefully, increased awareness of the intricacies and inherent value of UX and UI design will contribute to greater recognition of designers and their contributions to the tech that continues to make the world go ’round.