Many die-hard Star Wars fans have heard the many stories surrounding the creation of the first film, A New Hope, released way back in 1977.

There were numerous problems on the set, including more than a few difficulties with props and droid costumes.

On the whole, the raw footage was nothing special. In many ways, Star Wars was just another space fantasy, of which there were many in the 1970s, especially here in the U.S.

Mastermind George Lucas took a crack at an early edit of the film, but it failed to capture the magic we now associate with the Star Wars franchise.

In the end, three additional editors (Marcia Lucas, Paul Hirsch, and Richard Chew) helped shaped the film, nudging it to more closely adhere to the Hero’s Journey, a traditional narrative structure that has been in use for hundreds of years.

There are a couple of different lessons to be learned here. First, collaboration is an integral component of filmmaking, and second, film editing allows for the solidification of a particular story.

To learn more on the subject of editing and how it contributes to storytelling, we interviewed Yixia Li.

Yixia Li is a professional film editor who has worked with many independent filmmakers, as well as contributing his time and expertise to New Filmmakers Los Angeles (NFMLA).

Overviews of his work can be found on Vimeo and IMDb, and Li always has more projects in progress.

Below you’ll find Li’s unique takes on the artistic significance of editing and how individual editors can develop their own style.

InspirationFeed (IF): ‘Last Stop: Paradise’ seems to have elements of a post-apocalyptic/fantasy story. Do you have any specific feelings toward this genre? Have you worked in this area before? 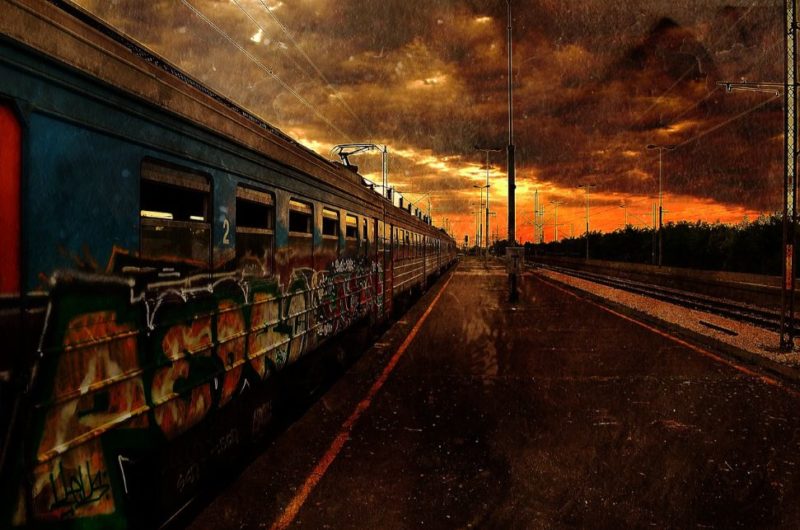 Yixia Li (YL): ‘Last Stop: Paradise’ is a fantasy film set in an isolated and mysterious vacation villa, directed by Kuan-Fu Lin. It has a similar tone to Black Mirror. However, this project deals more with death and relationships, rather than technology.

I always enjoy working on fantasy because it gives the creators opportunities to build their own world and set up unique rules. In fantasy, we don’t have to worry about real-world rules.

As a filmmaker myself, I used to direct some of my own work, and most of them were fantasies. A short film I directed and edited last year, ‘Paracusis’, is also a fantasy/thriller set in a mysterious isolated office space.

What’s interesting about editing these kinds of films is that you have to establish the rules of the world in a short amount of time or slowly reveal them as the story progresses. Sometimes the director will design some interesting scenes to explain the world, and sometimes they’ll rely on editing. I guess that’s why I enjoy this genre so much.

IF: Can you tell us a little bit about the feature film you recently finished working on?

When his older brother dies, Max takes custody of his ten-year-old nephew. It is a heart-warming light comedy film directed by James Fields and produced by Gabrielle Evans.

I was onboard very late so I spent a lot of time trying to catch up. Luckily, they’ve been very patient and open to different ideas. They loved the rough cut I did, and then we started to play with the structures and tried to craft the film from there.

I had a lot of fun working on this film, I didn’t have a lot of experience working on dialog heavy comedies, so I learned a lot. After a few rounds of cuts, we planned to do pick-ups. I enjoy being on set very much, even as an editor. It’s always nice to review the footage while it’s still fresh.

While I was on set, I was able to put each shot into my imaginary timeline and see if it could fit the scene. If not, I was able to discuss with the director immediately and then we could figure out a solution with the DP.

Right now, the film has been sent to a post-production house for sound and color work. I can’t wait to watch it on the big screen!

IF: Would you have any interest in editing physical film stock at any point in your career? Do you think it would influence your editing style at all? 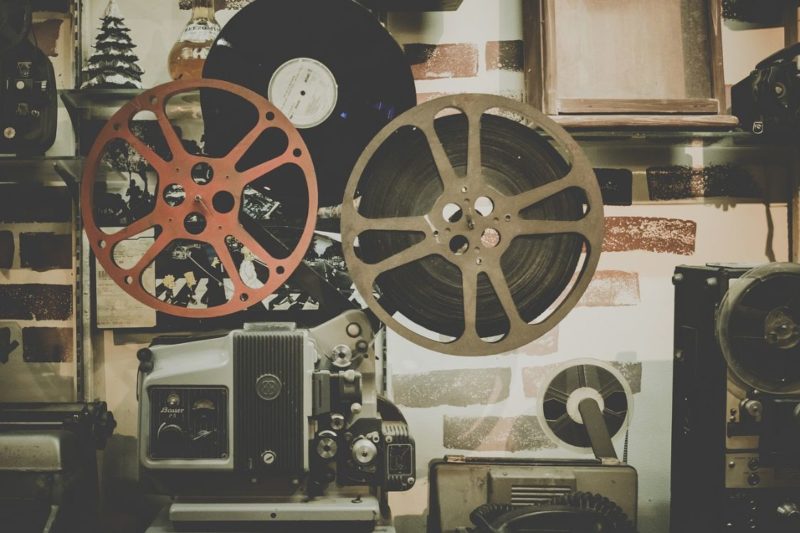 YL: I’d love to learn and play with that! I’m not sure how that would influence my editing style but I’m sure it would be a fantastic experience. When I was in film school, I did a presentation about the Moviola, the old editing machine. It’s a completely different process compared to modern film editing. It feels like a wizard doing some kind of ritual ceremony.

I imagine going through the process of cutting film stock, forcing me to think twice before making a cut. It is something people are neglecting nowadays because of the convenience of digital editing. But as an editor, I think we still need to keep that in our minds.

IF: Is it more important for a young editor to learn traditional editing methods or develop their own techniques and style?

As an editor, we should never stop learning and absorbing, not just traditional editing styles, but also other people’s styles. You can always find out something new by watching other people’s work.

Also, it’s important to have your own style, but in the meantime, it’s crucial for us to keep in mind that we’re here to serve the story. We should think about what’s best for the film.

IF: Is it possible for a film to be saved in editing? In other words, can the editing of a project effectively correct mistakes in the footage? 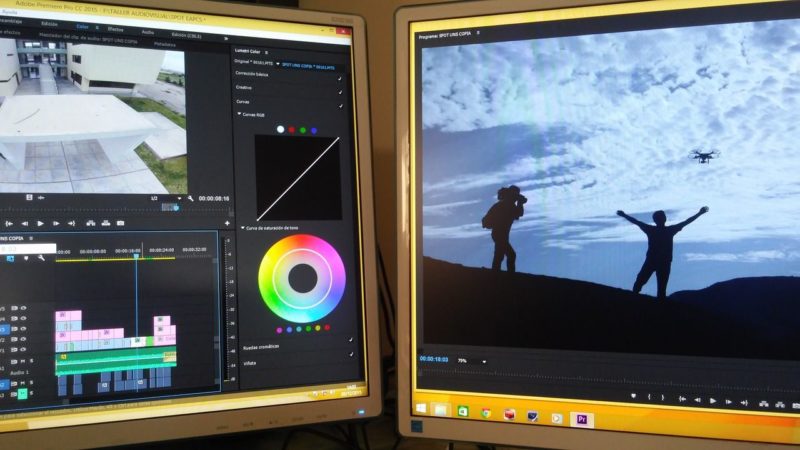 YL: I think my answer would be half and half. We’ve all watched bad films, and I don’t believe that those editors are bad editors, they’re way more experienced than I am and it’s impossible for them and the directors to overlook the problems in the film. My only explanation is that they knew about the problems but couldn’t fix them.

Usually, a film’s upper limit is decided by the script and the production. Part of the editing process is using your creativity to build the story. The other huge portion is problem-solving.

An editor can save a film, but I would hope this responsibility would instead fall to the filmmakers: the director and the cast.

IF: If you had the chance to work with any contemporary director, who would it be and why?

YL: Recently I heard that Warner Bros. is making a reboot of ‘The Matrix’. I thought the Wachowskis would be on board for this because they made the original ‘Matrix’ and the trilogy had an enormous impact on me as a filmmaker.

Sadly, I later I found out that they’re not involved with the project. Part of me felt sad but the other part of me felt happy. I’m excited to see a new director bring his creative input to this series.

If I have the chance, I’d love to work on the ‘Matrix’ reboot. It feels like the first time going to Disneyland after watching so many Disney films and finally getting to see all these elements in reality.

If we’re talking about directors, I’d love to work with Christopher Nolan. All of his works have very unique structures, it must be an amazing experience as an editor to decode the footage and re-assemble them into the timeline.

IF: Do you feel that your work has improved consistently since the start of your career? 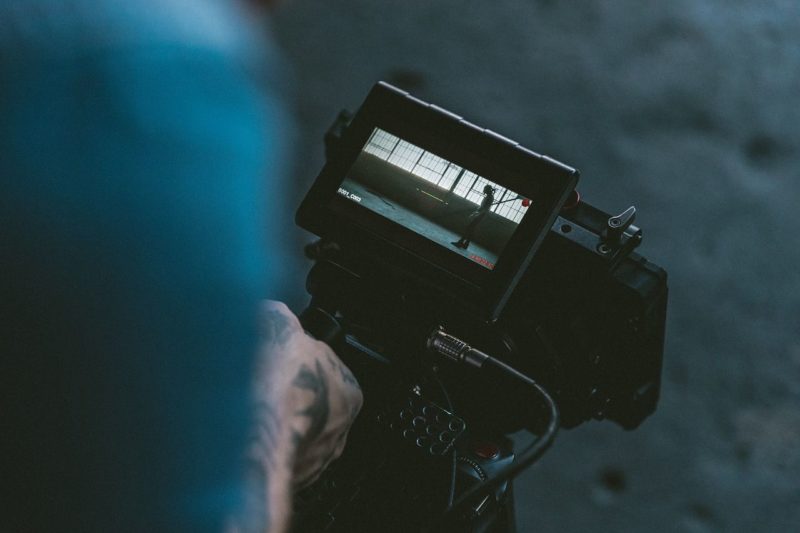 YL: Yes I do. When I started editing, I didn’t have a mentor, I kind of figured out everything by watching YouTube videos. Then I went to film school, where I got the chance to learn filmmaking systematically.

After film school, YouTube has become a helpful resource once again. I have never stopped learning from outside sources and I’m proud to say that my work has improved consistently. But there is still a lot for me to learn and my works will always have room to improve. It’s a lifelong process.

IF: What is it about storytelling that attracted you to filmmaking?

YL: When I was a child, my parents read stories to me every night before I went to bed. That’s when I have started to get obsessed with stories.

After I grew up, I realize that I was going to become an ordinary person, not John Wick, nor Tony Stark. The story of my life wouldn’t be as interesting as theirs. But as a filmmaker, we’re able to tell other people’s stories with creativity. That’s why storytelling is so attractive to me.