Who Is Yo Gotti?

Mario Sentell Giden Mims, better known by his stage name Yo Gotti, is an American rapper, singer, and songwriter. Yo Gotti rose to the limelight courtesy of his debut album titled ‘Youngsta’s On a Come Up,’ which he released in 1996 under the alias Lil Yo.

The rapper has since released eleven more studio albums and a series of mixtapes. Three of his albums have since been certified gold by the Recording Industry Association of America (RIAA).

Mario Sentell Giden Mims was born on May 19, 1981, in Memphis, Tennessee, to a gym instructor of Zimbabwe origin and a homemaker of South African origin.

Mims grew up in a crime-ridden neighborhood. When he was in third grade, his family’s home was raided by federal agents on suspicion of drug peddling and illegal firearm possession. The raid resulted in the arrest and incarceration of many of his family members, with some receiving a jail term of up to 15 years.

After his family began to disintegrate, Mario found himself having to fend for himself. He also found himself drawn to the life of crime. However, he decided to gravitate towards music at the age of 14 years.

In 1996, Yo Gotti released his debut album titled ‘Youngsta’s On a Come Up’ under the stage name Lil Yo. His second album, titled ‘From Da Dope Game 2 Da Rap Game,’ was released in 2000, and then ‘Self-Explanatory’ followed a year later.

Yo Gotti has since released nine more studio albums, namely:

In addition to his solo music career, Yo Gotti is also associated with a record company known as the Collective Music Group (CMG), formerly known as Cocaine Muzik Group. Gotti founded the company and currently serves as its CEO.

Some of CMG’s current artists include:

Yo Gotti’s Net Worth

Yo Gotti has amassed a net worth of $6 million for the over two-and-a-half decades he has been in the rapping industry. Much of Gotti’s wealth comes from music-related ventures, including rapping, singing, and songwriting.

The following are some of his most commercially successful projects so far:

In addition to record and album sales, a portion of Yo Gotti’s wealth also comes from endorsement deals. Some of the brands that the rapper has endorsed include Puma, Childplay Clothing, and Hood America.

Lessons from Yo Gotti 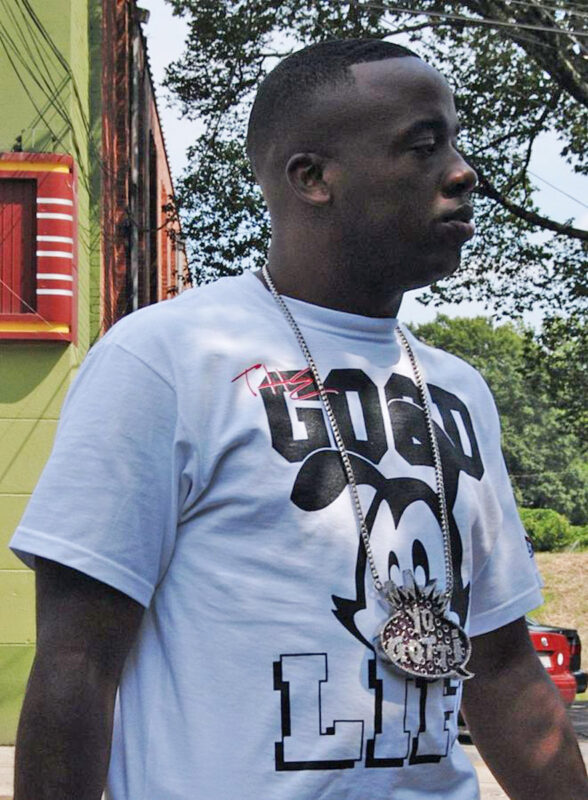 1. Never give up on your dreams

Yo Gotti’s debut studio album came in 1996. Over the next few years, the rapper struggled to find his feet in the hip hop industry, and it was not until 2000 that he released his second album. However, Gotti never gave up even when doing so appeared to be the most convenient thing to do.

The rap industry can often be treacherous, and how fast you rise to the top pretty much comes down to your willingness to collaborate with others. Gotti understands this crucial lesson and has since collaborated with numerous artists like Nicki Minaj, Lil Wayne, Birdman, Kanye West, and Travis Scott.

3. Keep your private life off the public limelight

Unlike many rappers, Yo Gotti doesn’t delight in displaying his private life for public scrutiny. That might explain why his separation from ex-wife Lakeisha Mims happened without a fanfare.

Famous Quotes by Yo Gotti

“My key to surviving and winning is hustle. I think once you lose your hustle, you lost everything.”

“Some people just like to do their own thing. I ain’t sayin’ it’s wrong, but me, I wanna hustle with another hustler. I think two impactful hustlers, or three, or four, is a stronger force.”

“There’s nothing more valuable than your freedom in your life. When you’re in the streets you’re gambling with that 24/7. If you don’t know that you’re just flat out dumb to me.”

“You’re only as good as your team, so if your team’s strong around you, it just puts you in a greater position.”

Yo Gotti is an American rapper and songwriter who has been in the game since 1996. Although Gotti struggled to launch his music career, his determination eventually saw him emerge as one of the world’s most talented rappers. His current net worth is a staggering $6 million.