Who Is Zayn Malik?

Zain Javadd Malik is an English singer and songwriter who rose to fame as a member of the English-Irish pop boy band One Direction before embarking on a highly successful solo career.

Zayn Malik took his first major stab at music in 2010 by auditioning as a solo contestant for the British music contest The X Factor. Although he was eliminated, Malik returned to the competition alongside four other contestants to form the boy band One Direction.

After enjoying relative success with One Direction, Malik left the band in March 2015 to pursue a solo career. He released his debut album the following year, titled Mind of Mine. The album’s success was widely attributed to its lead single, “Pillowtalk.” Courtesy of his debut album and the album’s lead single, Malik became the first British male artist ever to debut at the #1 position in both the United Kingdom and the United States.

Zayn Malik continued to gain international success by collaborating with numerous established artists. Today, he’s considered one of the most successful British artists and probably the most successful for his age. Malik is the only music artist to have won the Billboard Music Award for New Artist of the Year twice. He achieved that feat once in 2013 as a member of the One Direction band and again in 2017 as a solo artist. 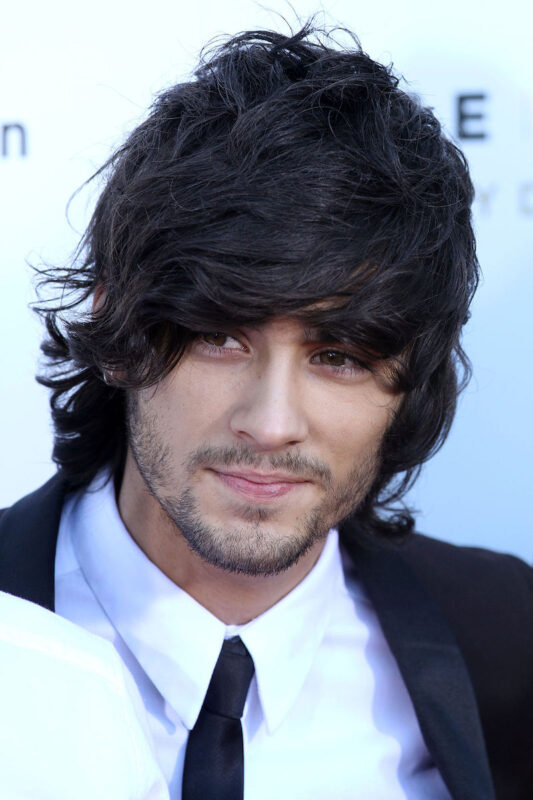 Zayn Malik was born on January 12, 1993, in Bradford, West Yorkshire, England, to Yaser Malik and Trisha Brannan Malik. His father is a British Pakistani, whereas his mother is of English and Irish descent. Malik took an interest in music at a fairly young age. He began composing rap songs while in school and had his first stage performance when singer Jay Sean visited his school. During this period, Malik also harbored boxing ambitions.

In 2010, at the age of 17, Zayn Malik auditioned as a contestant for the British reality television competition, The X Factor. However, he was eliminated before the final round. But having put up a stellar performance, Malik was teamed up with fellow contestants Harry Styles, Liam Payne, Niall Horan, and Louis Tomlinson to form an act that would later be known as One Direction.

One Direction finished third place and their popularity began to rise in the UK.

In November 2011, One Direction released their debut album in the UK and Ireland, titled Up All Night. They then released the album internationally in March 2012 and became the first UK music band to have their debut album chart at #1 in the United States. The album’s most popular singles were “What Makes You Beautiful,” “Gotta Be You,” and “One Thing.”

In March 2015, Zayn Malik left One Direction to pursue a solo music career. The following year, he released his debut album, titled Mind of Mine. The album’s most successful singles include “Pillowtalk” and “Like I Would.”

Malik has since followed up his debut studio album with two more albums, namely Icarus Falls (2018), and Nobody Is Listening (2021).

Zayn Malik has received numerous prestigious awards over the years, including:

Zayn Malik may have left One Direction in 2015. But he still credits much of his fame and fortune to the boy band.

As of April 1, 2021, Malik had a net worth of $75 million. That’s enough to make him the second-richest One Direction member ever. Harry Styles remains the band’s richest member, with a net worth of $80 Million. Each of the other three members – Louis Tomlinson, Niall Horan, and Liam Payne – has a net worth of $70 million.

Zayn Malik’s wealth comes from his various endeavors in the music industry, including album sales and touring. Much of his touring-related earnings came when he was still with One Direction. In February 2013, the group headlined their second concert tour titled ‘Take Me Home Tour,’ which grossed $114 million from over 100 shows worldwide. The following year, the band embarked on their third tour titled ‘Where We Are Tour,’ which grossed $290 million.

Malik also appeared in a number of films alongside One Direction. The most notable one is One Direction: This Is Us (2013), which raked in $68.5 million in box office gross.

1. The hardest part of success is overcoming the fear of failure

On the morning of The X Factor audition, Zayn Malik became so nervous that he considered giving up. But after some coaxing from his mother, he decided to give it a shot.

2. It’s okay to change your career if doing so means pursuing your dreams

Prior to becoming a musician, Malik harbored ambitions of becoming an English teacher. But all that changed when he discovered his true passions.

3. Collaboration is a key success ingredient

It’s almost impossible to find a successful artist who hasn’t collaborated with others. Zayn Malik is best known for collaborating with fellow X Factor contestants to found One Direction. Even during his solo career, Malik has continually sought partnerships with other musicians, such as Chris Brown, Sia, Lil Wayne, Timbaland, to mention but a few. “Don’t ever let a guy make you feel ugly because no matter what you are beautiful with or without him.”

“Life is funny. Things change, people change, but you will always be you, so stay true to yourself and never sacrifice who you are for anyone.”

“No matter how hard life is, don’t lose hope.”

“No matter how many times people try to criticize you, the best revenge is to prove them wrong.”

Zayn Malik is an English singer-songwriter who rose to fame as a member of the English-Irish music band One Direction before embarking on a solo career. Malik is one of the few artists to have enjoyed success as a solo musician and as part of a music ban. He currently has a net worth of $75 million.