M&M’s or m&m’s are multi-colored, button-shaped chocolate treats with the letter ‘m’ printed in lower case in white on one of their sides. They’re the flagship product of Mars Incorporated, a division of the Mars Wrigley Confectionery.

M&M’s chocolates consist of a candy shell surrounding a rich filling. The filling varies depending on the variety of M&M’s.

Initially, M&M’s chocolates had a semi-sweet filling. However, numerous other flavors have come up over the years, including peanut M&M’s, almond M&M’s, pretzel M&M’s, caramel M&M’s, dark chocolate M&M’s, and crispy M&M’s, to mention but a few. Following the introduction of multiple M&M’s filling varieties, the original semi-sweet filling was labeled the “plain, normal” variety.

What Is the Rarest M&M’s Color? 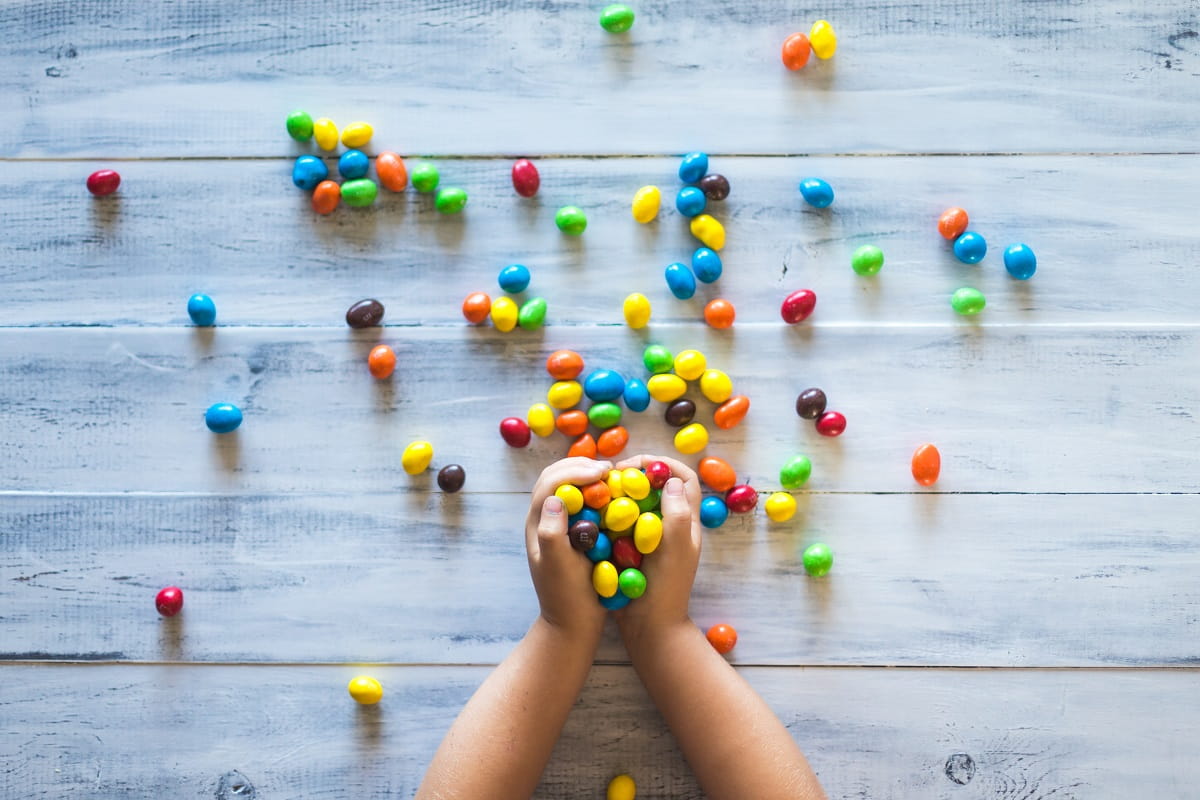 Brown is the most uncommon M&M color, making up a paltry 13% of M&M’s total color collection. To be more specific, the rarest M&M color is actually tan. Tan is a pale tone of brown, which is the same color as tannum – the oak bark used in the tanning of leather.

Why Is Brown the Rarest M&M’s Color?

Brown didn’t become the most uncommon M&M’s color by mistake. Rather, it was by a well-choreographed design.

So, what’s the story behind brown’s unfair representation in a bag of M&M’s chocolate treats?

The 70s saw the rise of one of the most sensational rock bands ever – Van Halen. The American rock band, founded in Pasadena, California, in 1972, was credited with restoring the waning popularity of hard rock.

Whenever Van Halen was hired to perform at a show, they furnished their promoters with a detailed contract which outlined the specific things they’d wish their promoters to take care of. Common areas of responsibility included taking care of sound and lighting, setting up the backstage area, provision of security, and ensuring the band was properly fed. That’s pretty much what any band would do, right?

However, performance contracts by Van Halen went as far as spelling out what most promoters would pass up as inconsequential, nitty-gritty details. For instance, there were clauses on the specific toilet paper brands to be used in the band’s backstage washrooms.

Now, many people have a way of skimming through contract documents looking for what they think is the only information worth consuming. And Van Halen members understood this all too well. So, to ensure that their promoters had read the contract document from start to finish, the band inserted an interesting stipulation with regards to M&M’s chocolate candies. The clause demanded that there were to be no brown M&M’s candies in the backstage area.

Note that M&M’s candies were a craze during this period. The chocolates were literally unmissable during rock band performances.

Most importantly, no other music band had expressed what appeared to be weird reservations for brown M&M’s candies. Therefore, embedding this seemingly sinister clause in their contracts would help the band establish whether their promoters had diligently read their contract documents or not. And to put their money where their mouth is, Van Halen canceled the entire event whenever M&M’s chocolates turned up in the backstage areas of the shows they were performing at. The promoter would shoulder all the losses resulting from these cancellations.

Several years later, it emerged that there was more to Van Halen’s ‘brown M&M’s’ rider than what the public might have believed.

According to Van Halen’s lead singer, David Lee Roth, the bizarre clause was born out of the band’s past experiences performing in buildings that were not designed to accommodate rock bands of their caliber. Without spelling out specific guidelines on the kinds of stages they were to perform on, the band as well as its fans risked serious injuries. So, they decided to add the “no brown M&M’s clause” to ensure all their conditions were met prior to gracing any show.

If any brown M&M’s were found in the backroom, it only meant that the promoter had not paid due attention to the contract document and that there could be other bigger problems to worry about.

It doesn’t matter whether you’re a fan of M&M’s or not. It’s interesting to learn a few fun facts about these fancy chocolates.

That way, you can go ahead and order your next bag of M&M’s candy treats from a point of information.