Cancer is a zodiac sign for people who were born between June 21 and July 22. The sign is represented by the Crab. It’s associated with water, the moon, and a range of emotions.

Like all zodiac signs, Cancer is thought to influence certain character traits and personalities. Cancers are noted for their kindness, loyalty, and empathy. On the opposite end of the spectrum, these individuals can also be overly sensitive, moody, and vindictive.

This article explores everything there is to know about the Cancer zodiac sign. Some of the areas the post shall highlight include the fundamental traits of Cancers (including positive and negative qualities), sexual and emotional compatibility, and career prospects.

Cancer is represented by crabs. Crabs are known to retreat into their shells even when there’s no apparent threat.

Similarly, Cancers feel more comfortable in their cocoons. They’re generally introverted individuals who prefer to be surrounded by their loved ones or by people they’re already acquainted with.

This information is particularly important if dating a Cancer. Since they’re typically introverted, it may take some time before a Cancer gets comfortable in your presence. Initially, they might express aversions to group dates or any outdoor adventures that involve spending time in crowded spaces.

Still on introversion, Cancers may seem unapproachable at first. But once you get to know them, there’s no limit to the amount of adventure you can experience together.

Sentimentalism can be a positive or negative trait. It all depends on the angle from which you look at it.

Cancers are famous for wearing their hearts on their sleeves, so to speak. These individuals usually have a range of emotions playing out within them. That’s due to their connection with the moon.

Remember, the moon appears in multiple phases each month. It can be bright on certain days, dull on other days, and non-existent on some days.

Similarly, Cancers can display a host of emotions in a typical day. And sometimes, their feelings may change in an instant. 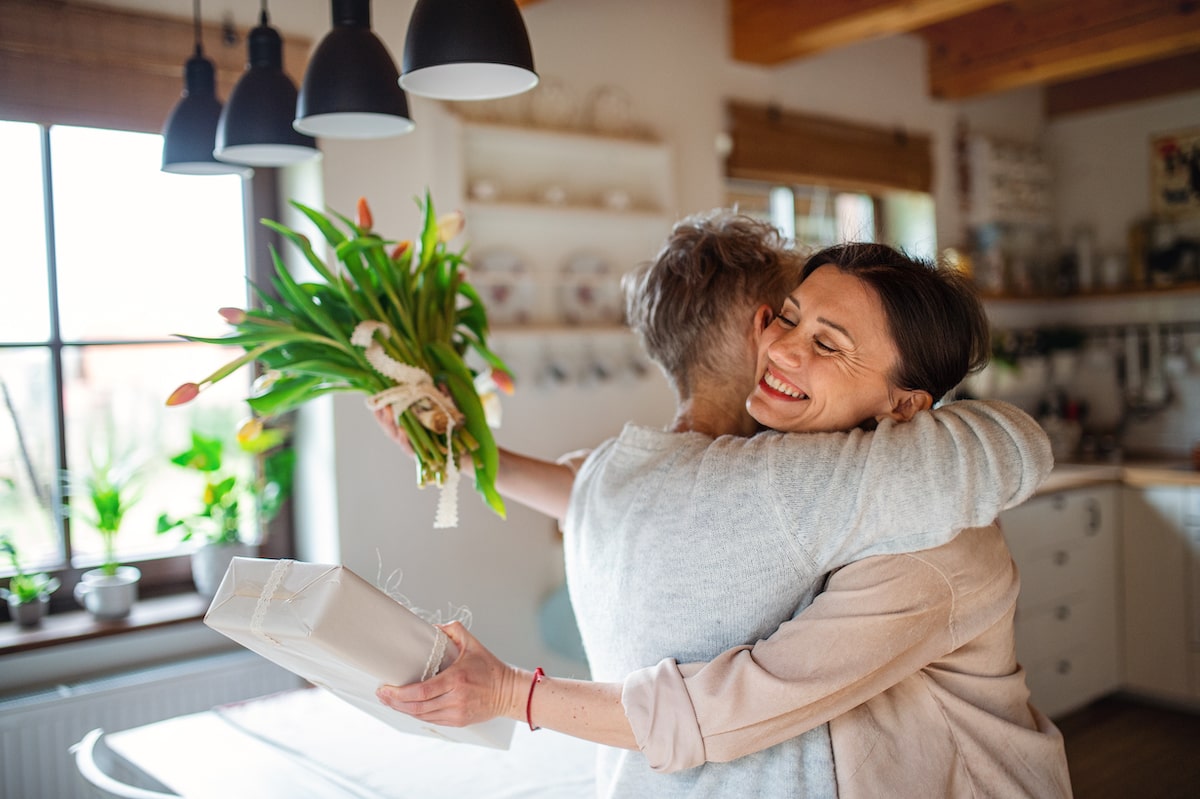 Cancers are noted for their unwavering loyalty. In fact, loyalty is arguably the most outstanding quality of these individuals.

It’s a fact that Cancers may be difficult to connect with initially. But once you establish a rapport with them, these individuals can commit to you for life.

Cancers will gladly go out of their way to help their loved ones. They might even sacrifice their own happiness or compromise their ideals, just so they can make their loved ones happy.

Unfortunately, this unwavering loyalty may also cause Cancers to make some reckless decisions. However, whatever they do is all for the greater good of those they love.

Crabs are predominantly sea dwellers. But these crustaceans are also known to venture onshore. They can thrive out of the water far longer than most aquatic creatures.

That incredible adaptability is evidenced in Cancers too. These individuals can exist comfortably in both the material and emotional realms.

Empathy, sometimes also called emotional intelligence, is a critical soft skill required by most recruiters today. It also happens to be a key trait of Cancers.

Cancers are remarkably gifted at empathizing with others. Perhaps that’s what makes them devoted to their loved ones.

Crabs depend more on their intuition than their rational or practical sense of judgment. The same applies to Cancers.

Cancers are intuitive enough to detect the subtlest emotional changes in other people. They have near-psychic abilities to pick up energy changes in a room and respond appropriately.

Due to their intuitiveness, and coupled with their heightened emotional intelligence, cancers are almost impossible to deceive. They may play cool and naïve. But they can assess a situation quickly and make rational decisions based entirely on intuition.

It’s also due to their intuition that Cancers are averse to meaningless things, such as gossip, white lies, and fake lifestyles.

If you’re looking for a friend who will stand up for you no matter the circumstances, then you might want to look in the direction of a Cancer.

Cancers are known to go out of their way to defend their loved ones. They don’t really care whether those they love are at fault or not.

Once a Cancer realizes that their family or friends are in danger, they will quickly spring into action, defending them with all they’ve got. This trait is related to parental instincts, which also happens to be a key quality in crabs.

Cancers are natural-born caregivers. They delight in showering their loved ones with love and warmth. And that ranges from their families and friends to their pets, indoor plants, and even neighbors. 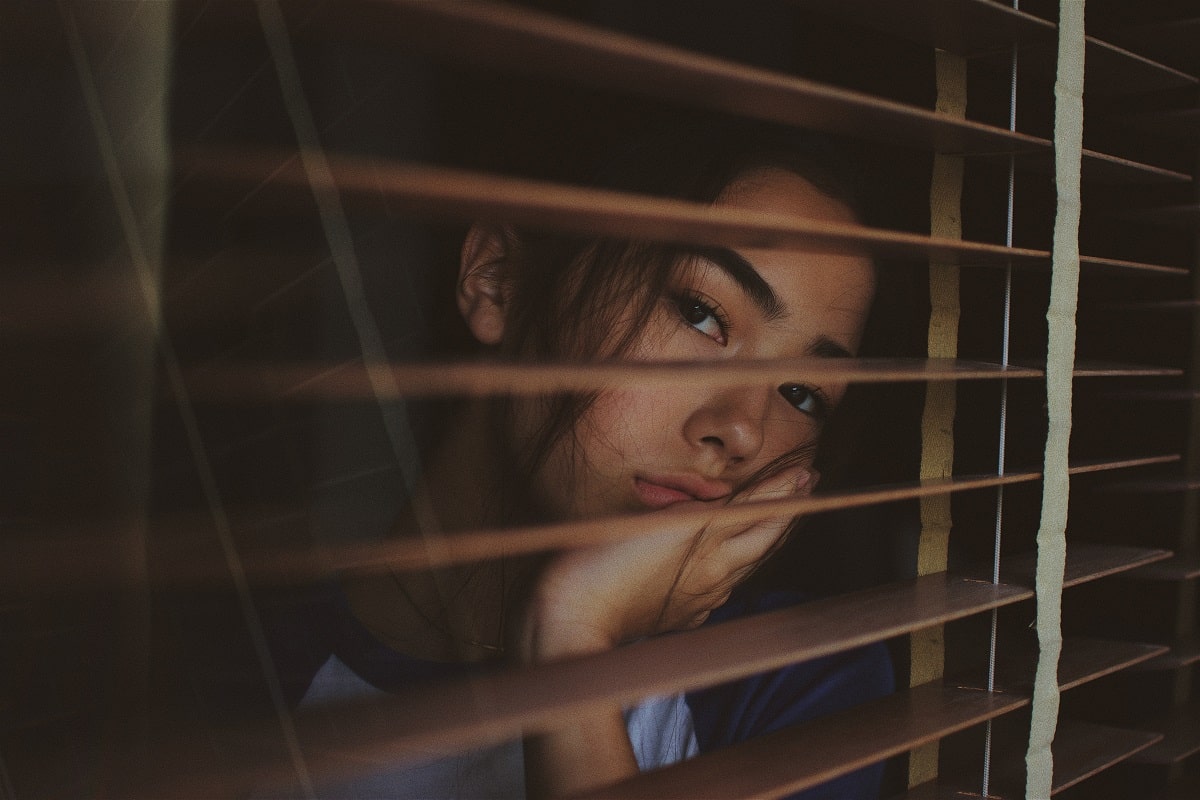 Crabs sport a hard, external shell. These crustaceans can retreat into their shells at will, shutting the whole world out.

It’s due to that trait that crabs, and by extension Cancers, are said to be cold and aloof.

However, it’s worth noting that Cancers will only seem cold during your initial encounters with them. Once they start to trust you, they’ll be able to reveal their kind and gentle nature.

Related  What Are The Male And Female Characteristics Of An Aries?

Cancers are empathic and intuitive, which is a great thing. But on the flip side, these individuals may be highly sensitive to their surroundings. That could cause them to be extremely self-protective.

A subtle change in a Cancer’s environment might have far-reaching implications. The individuals are particularly sensitive to criticism, even if the remarks are made with good intentions.

Just like crabs that spend considerable amounts of their time hiding within their shells, Cancers prefer to keep to themselves. There’s nothing inherently wrong with that. Except that when Cancers finally venture outside their self-imposed cocoons, they may begin to think that the whole world is judging their every move.

Since they’re used to spending time in their own companies, Cancers will think they’re the object of everyone’s attention whenever they interact with other people. This paranoia might affect their self-esteem, making it even harder for them to socialize freely.

Cancers harbor a host of emotions within them. But they’re unable to determine which feelings to express and at what time. Therefore, they’re always subject to mood swings.

A Cancer’s moods may oscillate between two extremes in an instant. They can easily jump from being elated to gloomy, even without apparent reasons.

The worst part is that when a Cancer is emotionally upset, they’ll quickly retreat into their shells. That only causes their emotions to simmer within them, leading to occasional outbursts.

This is probably the most unpleasant character trait among Cancers. These individuals are known to harbor resentment for long.

If you hurt a Cancer today, don’t expect them to simply forgive and forget tomorrow. Even if you’re courteous enough to ask their forgiveness, they may forgive you but still hoard some vengeance.

It may not even take an actual act of aggression to set these individuals off. Sometimes, a Cancer may harbor vengeance because you forgot their anniversaries, jumped them on the queue, or forgot to send them a good morning text.

Cancer in Love and Relationships 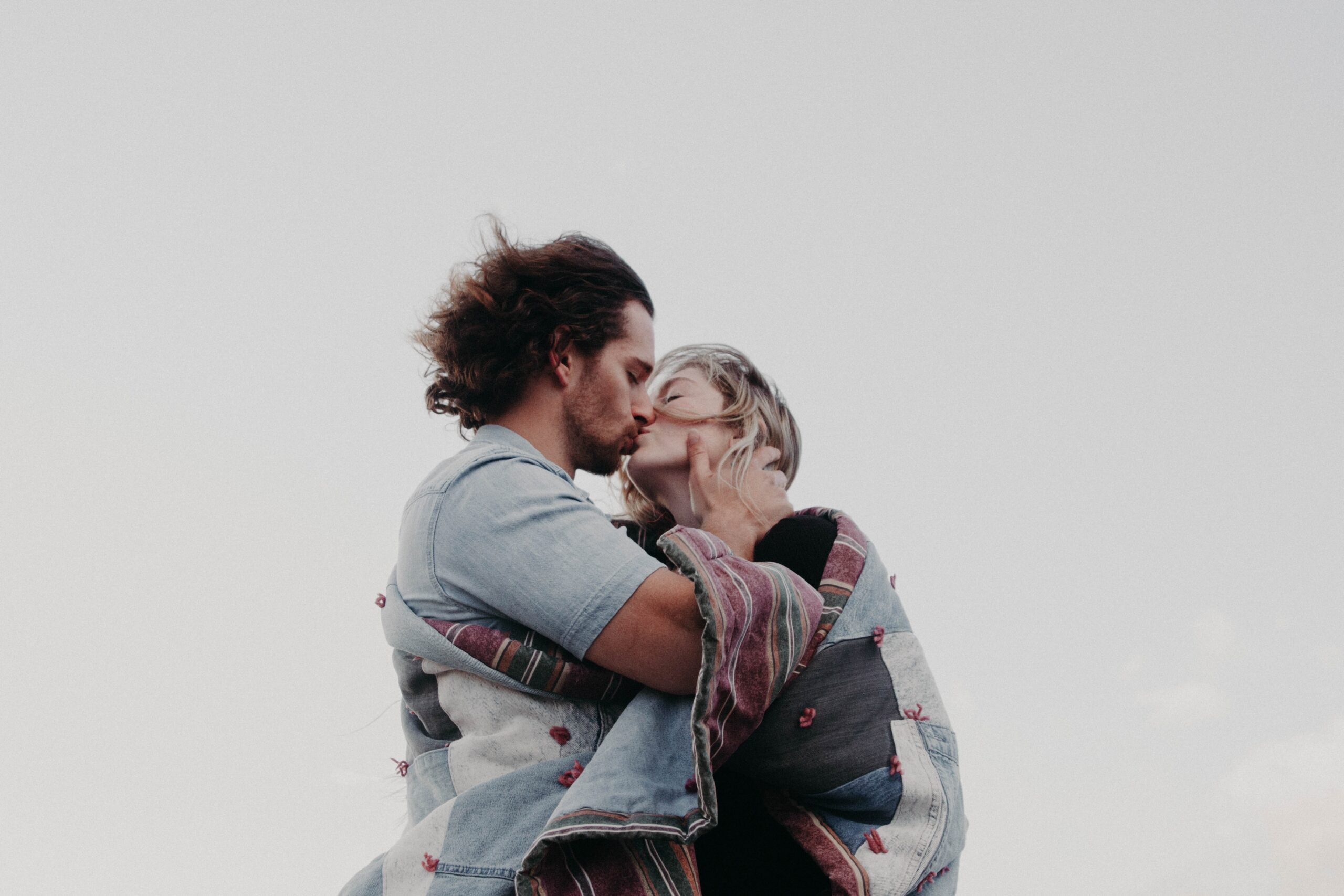 Cancers are extremely introverted. That trait makes them somewhat unapproachable.

When hitting out on a Cancer, it might seem like forever before they can accept your advances. But with patience and persistence, you’ll eventually win their hearts.

Cancers make some of the best relationship partners. They’re famous for their incredible loyalty and sense of commitment.

A Cancer will hardly go a day without checking on you. They’re also given to celebrating anniversaries.

Besides, a Cancer will not hesitate to defend the relationship from overzealous characters. If their intuitions lead them to believe that the relationship is under threat, they’ll boldly confront the third party and put them in their place.

However, Cancers expect the same kind of commitment in a relationship. These individuals can be quite vindictive if they realize that their partners aren’t leaning their full weight.

It’s also worth noting that Cancers have exceptional psychic abilities and will readily know if their partners or spouses are cheating. Better yet, they can tell a potential soul mate from miles away.

Last but not least, Cancers are highly sentimental. Although they may initially conceal their feelings, these individuals can let their emotions flow freely once they get comfortable with you. So, if dating a Cancer, expect explosive sexual experiences filled with unfettered passion.

Related  A Beginner’s Guide to Unlocking All the 7 Chakras

How to Attract a Cancer Man Into a Relationship

One fundamental law from the flirting rulebook is that men should always take the first initiative. But most Cancer men are conservative.

So, as a lady who’s strongly attracted to a Cancer man, getting him to notice you might prove a bit challenging. Well, this is where you’d need to make exceptions by making the first move.

Try to capture the man’s attention without coming across as overly flirtatious. Remember, you want to make him feel like he’s in control of the flirting game, not you.

Also note that even after a Cancer man has his eyes set on you, he may still prefer to pursue you subconsciously. Be patient enough with him, constantly acknowledging his overtures. With time, the man will rise above his self-consciousness and start to pour out his heart to you.

How to Attract a Cancer Woman Into a Relationship

A Cancer woman is just as shy and introverted as a Cancer man. The difference here is that this trait may not necessarily work against the woman, considering that she will unlikely be the one making the first move.

Perhaps the most important thing to reiterate here is that a Cancer woman may play hard to get even if she has already fallen for you. It’s their way of assessing your personality and establishing whether you’re a perfect match.

Even after she finally gives in to your advances, it’s important to keep the dates private for a while. Group dates or dates in public places such as amusement parks may not work until the woman has gotten very comfortable with you.

Lastly, note that cancer women are incredibly home-loving. They’re probably the best wives you can ever have, especially if looking for a homemaker.

Cancer in Career and Business 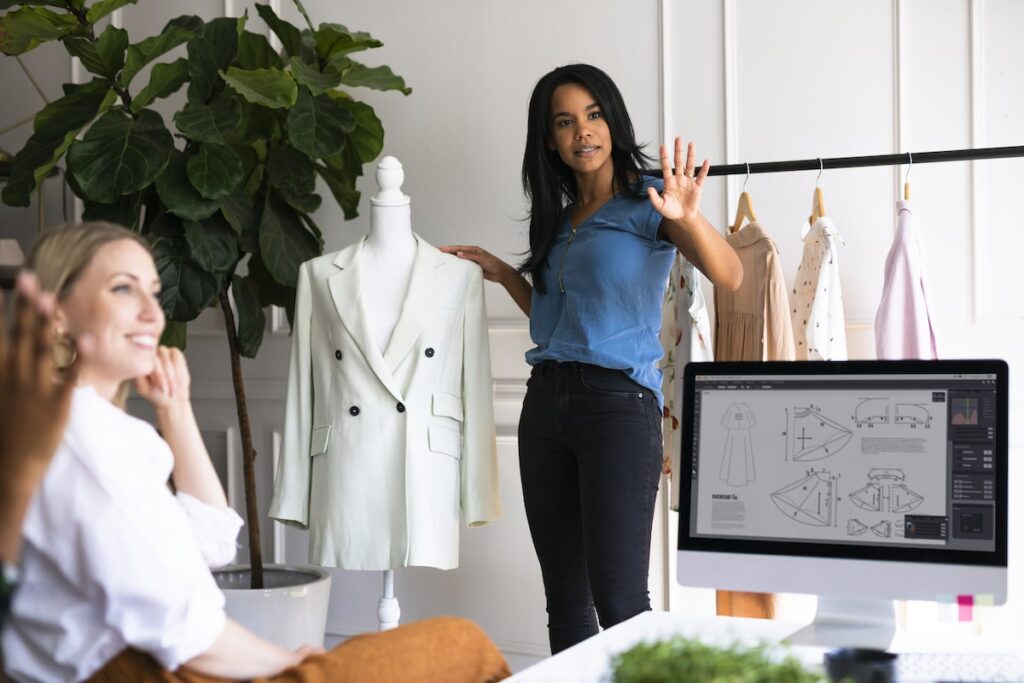 Cancers are incredibly hard-working and will always follow through with their assignments. They prefer jobs that guarantee them a degree of personal and professional security.

The following are examples of jobs that could suit Cancers;

Since Cancers are generally introverted, they also tend to be excellent money managers. These individuals can be a little thrifty at times. They believe in working diligently and saving or investing their money into more income-generating ventures.

Cancers are endowed with amazing qualities. But they also have their dark sides.

If you have a Cancer in your social circles, we hope you can now interact with them from a point of information.