The moon remains a mystery to us despite us having conquered it. On one hand, we still associate it with magic and enchantment. On the other hand, several countries have already left their marks on its arid surface.

The Many Faces of the Moon

The ‘faces’ of the moon is just what the moon looks like from earth. How we view the moon depends on which side of it is illuminated by the sun and its orbit – or pathway – around us. There are eight phases:

The moon never produces its own light. Rather, the famous ‘moonlight’ is just the light of the sun being reflected on one side of its surface. Thus, as the moon travels around the earth, there comes a time when we see nothing but its dark side. Hence, a new moon.

The Moon Throughout History

The Egyptians were one of the earliest civilizations that tried to understand the moon and its workings by identifying it as a deity. One of their more powerful gods, Khonsu, was referred to as the moon god. He was believed to have been the child of Amun and his consort, Mut. Khonsu was so named because just like the moon that travels across the sky, his name can be interpreted as ‘to cross’ or ‘to travel’.

The moon is a significant symbol in many religions. In the early times, a lunar crescent would be trumpeted or announced in Islam. Although its origins are rather complex, a good number of Islamic flags and mosques have the crescent moon and star design.

Around the 18th century, the moon has come to be associated with philosophers, intellectuals, and industrialists. It was said that many people – especially the learned – depended on the moon’s light to guide them safely homeward after their meetings.

What To Do on a Full Moon It’s a cloudless night and the darkness beckons. What do you do?

Whether it’s a crescent or a full moon, you can’t let these opportunities go to waste. Learn how to photograph in the dark to capture the strange shapes of nature around you. Go with a friend for a quick stroll around your neighborhood. Some of the most interesting things go out when the sun goes down.

Related  90 Inspirational Ocean Quotes That Are Also Full Of Wisdom

Who knows, maybe you’ll spot a bat, an owl, or any of the nocturnal creatures that come crawling out at night. These animals usually can’t be seen by day. Other amazing things to keep an eye out for are fireflies and moths. While you’re out, let your ears be serenaded by the sounds of cicadas and crickets.

Stuck at home? Get creative! Take out your pen and paper, or some watercolors, and see if you can interpret the moon in all its glory. How does the moon look like from your window or balcony? This is the perfect moment to recharge your senses and be carried away by the mysteries of the world. Let your imagination run wild.

Tonight, be inspired by these moon quotes. 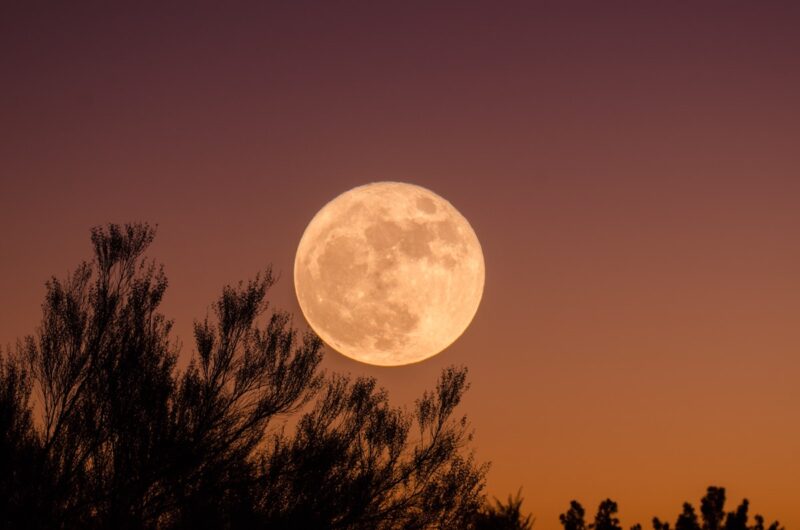