We all love the times we laughed so hard. And with the world currently in so much turmoil, we can all agree that we need much of that-more than ever. So for once, let’s just get together and enjoy some of the best dirty jokes served chill with a glass of beer (or milk). The latter is on your bill-haha. 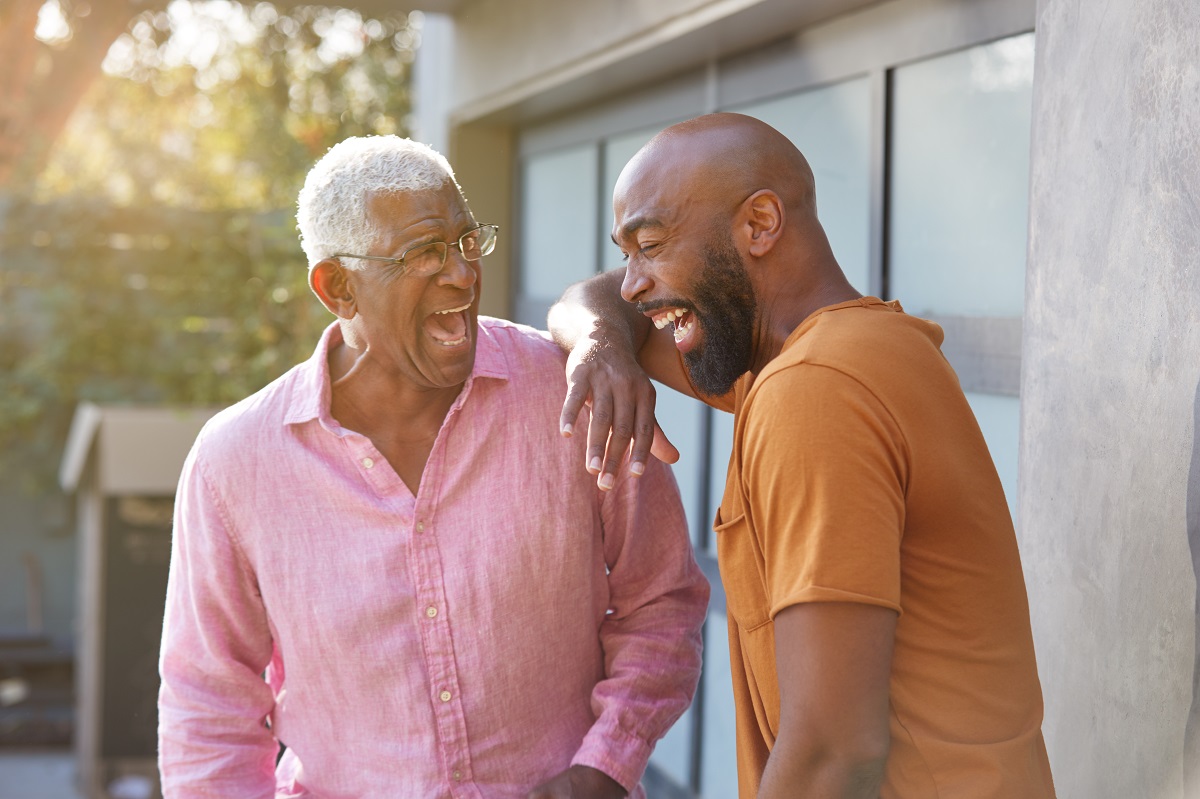 #1. Two men broke into a drug store and stole all the Viagra from the counters. Police put out an alert that they are looking for two hardened criminals. Wanna take the joke a little far? Here-one of the thieves drops the Viagra in the river while running from the police. Now the folks down the river are having real trouble with hard water…haha

#2. Do you know the difference between a drug dealer and a hooker? It’s simple. A hooker can wash her crack and resell it. A drug dealer can’t.

#4. A salesman knocks on little Benny’s front door and the conversation goes:

Salesman: Can I see your dad?

Benny: No, he’s in the shower.

Salesman: What about your mum?

Benny: She’s in the shower too.

Salesman: Do you think they’ll be coming out soon?

Benny: No. My dad asked me for Vaseline but instead, I gave him super glue.

#5. Grandpa goes out fishing with little Johnny. On the lake, he pulls a beer from the backpack and starts drinking.

Little Johnny: Can I have a sip grandpa?

Grandpa: can your dick touch your butthole?

Little Johnny: Unfortunately, not yet

On the second day of fishing. Grandpa pulls out a cigarette and the conversation continues like this:

Little Johnny: Can I have a puff, grandpa?

Grandpa: can your dick touch your asshole?

Little Johnny: Not yet, sir.

A few minutes later. Little Johnny unwraps a pack of candy and grandpa asks for one.

Little Johnny: can your dick touch your asshole? Grandpa answers proudly; ‘Yes, it can’.

Little Johnny: then go fuck yourself.

#6. There was once a sailor named Ron who told to his date ‘‘you are tight one, aren’t you?’’ She said back, ‘‘bless my soul, you are in the wrong hole. There plenty of room in the appropriate one.’’

#7. Three pregnant women visited a hospital to check the gender of their babies. While chatting in the waiting room, one lady said she’s sure hers is a boy because she was on the bottom during sex. The second one went ahead to say that hers will be a girl because she was on top. The third one, a blonde remarked ‘‘can’t wait to see my puppies!’’ boy oh boy.

#8. Two sperm swimming side by side were having a conversation. One sperm asked the other ‘‘how far till we reach the fallopian tubes?’’ The other replied, ‘‘No sure but we just passed the esophagus.’’

#9. What would you call a hooker with her hand up her skirt? Self-employed

#11. An elderly couple was attending a church service. The lady turned towards her husband and said ‘‘I just let out a really long silent fart. What should I do?’’ The man smiled and said to her ‘‘honey, your hearing aid needs a battery replacement.’’

#12. A farmer’s boy woke up and went to the kitchen to get breakfast. The mother told him that he would get it after his chores were done. He stomps out angrily and heads out to clean the chicken. While going about it, a chicken pecks him and he kicks it. He goes to the pigsty and when one pig knocks him, he knocks it back.

While in the house, he saw his dad come down the stairs and when a cat almost tripped him, he kicked it. The boy looked at the mother and said, ‘‘should I tell him or you will?’’

#13. A man comes home carrying a bouquet of flowers. The wife says, ‘‘I suppose I’ll spread my legs now.’’ The husband remarks, ‘‘why? You mean you don’t have a vase?’’

#14. A man is enjoying a conversation with friends. He accidentally elbows a lady in the chest. He becomes instantly apologetic and says, ‘‘I’m so sorry. If your heart is as soft as your boob, then you’ll find it in your to forgive me.’’ To which the woman replied, ‘‘if your boomstick is as hard as your elbow, you’ll find me in room 318.’’

#15. What’s the best help you can give to a constipating person? Well, scare the shit outta them

#16. What name do you give to a country where everyone is pissed off-urination.

#17. Ever heard of the movie called constipated? Well, it never premiered.

#18. A man boards a bus with six kids. When they are all settled in their seats, an old lady across leans towards the man and asks, ‘‘are they all your kids?’’ The man replied, ‘‘I work for a condom production company and these here are customer complaints.’’

#19. Man and his wife are seated, enjoying an afternoon sitcom with a 20-minute episode. The man signs and says, ‘‘this is boring. The episodes lasted only 20 seconds.’’ The wife remarked, ‘That’s exactly how I always feel when I’m with you in bed.’

#20. During a Sunday school session, a Sunday school teacher asked kids if they knew how God takes people. One kid stood up and said ‘God takes people by the feet.’ The teacher inquired for an explanation and the kid said that she walked in on her parents and found her mother’s legs lifted up in the air while screaming ‘God I’m coming’

#21. What do you think is the name of Moby Dick’s dad? Papa Boner

#22. What does being born in September mean? Well, it means your parents started the year with a bang.

#23. If circumcision is done poorly and cheaply, what do you call that?-a bloody rip-off

#24. What should you do when your cat dies? Just play with your neighbor’s pussy

#25. What do bricks and penis have in common? They both need to be hard to work properly.

#26. What will you get if you stroke Santa’s nuts? A white Christmas

#27. A man and a woman were having sex in the middle of the forest at night. At the end of a 10-minute romping session, the man got up and said, ‘dang, I wish I carried a flashlight.’ The woman replied, ‘Yeah, me too coz you’ve been banging grass for the past 10 minutes.’

#28. When a dick and potato are crossed, what do you get? A dictator

#29. Is there a way to get the pool table to laugh? Yes, just coddle its balls.

#30. How is a woman and a road alike? They both got manholes

#31. How are men the same as diapers? They are full of crap but gladly disposable

#32. What do a hooker and bungee jump have in common? Unfortunately, if the rubber breaks, you are obviously screwed.

#33. What do mice and gay people have in common? They are both enemies of pussies

#35. Beer bottle: break me and you have a whole year of bad luck

Mirror: Break me and you’ll have 7 years of bad luck

This is where the show ends, good lads and ladies. We sincerely hope you’ve had a wild one reading this article. If you liked it, don’t shy away from sharing.