Almost everyone has some vague idea of what torrents are, but what people may not realize is that torrents have legitimate uses.

That’s because file sharing has generally gotten negative press, and the original purpose of services like Napster and clients like Bit Torrent have been completely overlooked by those who wanted to shut file sharing down.

There are still legal issues that need to be considered; the original copyright laws were written during a time when no one could have foreseen something like the Internet, and most attempts to update those laws have been made by politicians who don’t understand technology.

Even so, file sharing is integral to the inner workings of the Internet, and people who want to get the most out of technology need to learn how to use it.

Torrents are a unique form of file sharing. Whereas most services require users to upload files to a central database, torrents enable people to share things directly from their PCs. As others download the files to their own computers, the torrent network expands.

The brilliance of torrent networks is that so little is taken from each individual that it doesn’t put any strain on anyone’s connection.

Those who have to deal with bandwidth caps that apply to what they upload can utilize torrents to stretch their available bandwidth as far as possible, and since torrents can be interrupted and resumed whenever users desire, sharing large files is much simpler than it is through competing services.

The unfortunate truth is that file sharing has a bad reputation for a reason; it was mostly utilized to illegally distribute copyrighted material in the early 2000s, and even in 2012 illegal downloads are highly popular. There’s a lot of debate over why that’s the case, but copyright authorities don’t really care about the underlying reasons, they just want to stop it.

ISPs have taken to throttling torrent traffic regardless of its source. The Internet is too large for any of the major companies to be discreet about whose bandwidth they throttle; even private torrents shared among friends can land users in hot water if they’re unlucky enough to be targeted.

It’s not uncommon for people who are sharing their own content with other people to receive cease and desist letters merely for choosing torrents as a means of distribution.

Fortunately, there is a way around that. Legitimate users may be able to bargain with their ISPs, and torrent users have started using proxy services to outsmart those who are spying on them.

Most attempts to penalize users are the result of heavy-handed and misguided policies that will never actually work, and some are hopeful that content distributors will eventually realize that and push for fair laws that protect all legitimate uses of file sharing technology. In the mean time, users have to take measures to protect themselves. 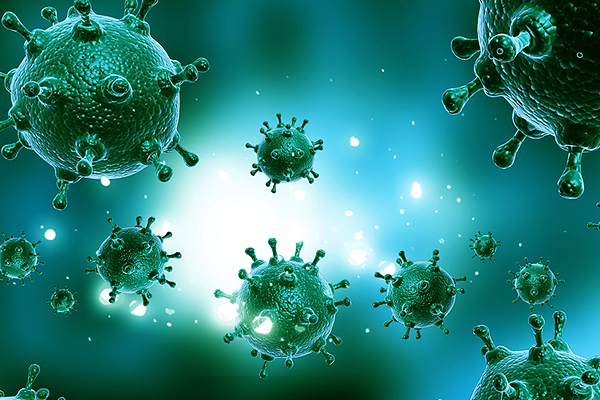 Torrents have all but eliminated the spread of trojans, malware and viruses through file sharing. Since multiple users have to host files in order to share them efficiently, potential problems are quickly discovered, and any offending files disappear from the Internet never to be seen again.

If someone wants to place limits on who can download his files, torrents may be a bad choice. There’s no way to password protect a torrent file in itself, but it is possible to put files into a password-protected archive that’s distributed through torrent networks.

That’s enough to stop most people from getting access to sensitive files, but a good rule of thumb is to make the assumption that anyone who can get their hands on something will eventually be able to gain access to it.

There are lots of ways to crack archives, and someone who has a file on his hard drive has a big advantage when it comes to potentially breaking into it. It’s a relatively minor risk, but it’s something that users need to account for before spreading anything through torrents.

How to Create and Use Torrents

Once users know what they’re getting into, the next step is to find a client. There are lots of options to choose from; BitComet and uTorrent are two of the most popular, but there are plenty of others that are worth considering. Every client will perform basic functions just fine.

What differs from client to client is the number of options that are available within the interface and how resource-heavy each client is. Users with a lot of processing power to spare can afford something that hogs CPU cycles in exchange for a wider array of features, but those with less powerful PCs will want something that’s trimmed of any excess.

Once someone has chosen a client, all he needs to do is tell it where to put downloaded files. Once he’s done that, any torrent files he acquires will automatically appear within the chosen folder.

The process of uploading files differs from client to client, but usually any file on someone’s hard drive can be associated with a torrent without needing to be relocated to another folder. All the user has to do is leave a created torrent active within his own client and then pass the torrent file onto others who he wants to share stuff with.

Torrents and Other Forms of File Sharing

Torrents aren’t appropriate for every kind of file. It’s better to share sensitive documents through cloud storage services than it is through torrents, and unless someone wants to spread a file beyond a dozen people, torrents offer no discernible advantage over other methods of file sharing.

Torrents are ideal for file that are larger than 1GB and that are meant to be spread to as many people as possible. Creative commons music, Linux distros and open source applications are all prime examples of files that work really well with torrents, and as long as someone can avoid getting in trouble with his ISP, there’s no reason not to utilize torrent networks for those kinds of files.