These big, gentle giants have been around for millions of years (since the time of mammoths), yet they still fascinate us.

Elephants symbolize various things in different cultures around the world. In feng shui for instance, they are recognized as wise, strong, protectors. In Buddhism, white elephants are auspicious. And in Hindu, the goddess Lakshmi is usually depicted with four elephants.

Why elephants are considered wise

Perhaps one of the reasons why elephants have been associated with wisdom is because they have a similar lifespan with humans. The current oldest elephant is named Dakshayani in India at 86 years old. Most of these animals live between 50-70 years old. And age is often linked with wisdom.

Another factor is that these massive mammals are as intelligent as humans. Through numerous studies, scientists have confirmed how elephants displayed human-like capabilities as well as emotions. They can remember watering holes miles away, grieve for their dead, remember voices, recognize gestures, and use tools.

An elephant’s temporal lobe – the part of the brain responsible for memories – is denser and larger than humans. This explains why they can better recall people, places, and events.

There’s a story about two elephants that used to work in a circus. They were separated for 20 years before reuniting in a sanctuary in Tennessee. Even after such an extensive period of time, they bonded quickly, proving that they indeed, recognize one another.

With these traits, they are certainly very wise! 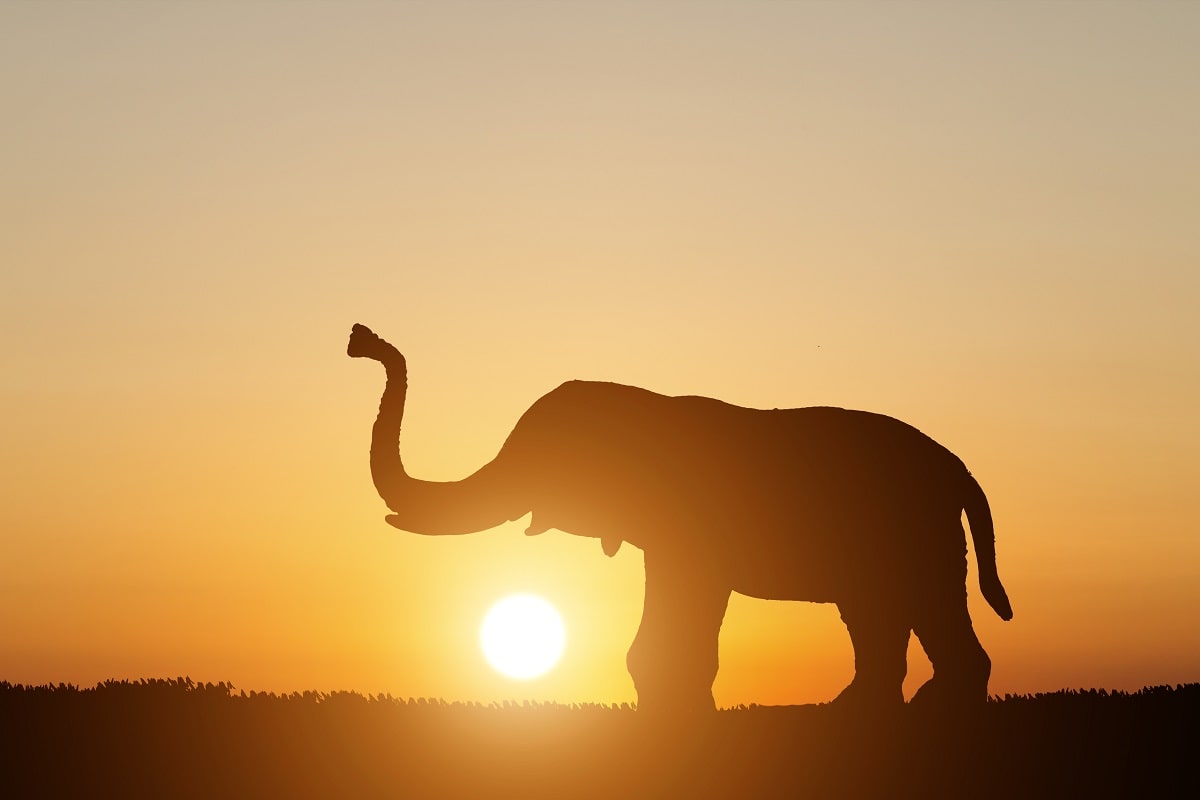 Don’t be fooled by their size though – these giants can reach speeds of up to 25 miles per hour! Their massive feet are not just used for walking either. Aside from trumpeting, roaring, or snorting, elephants can sense vibrations through their feet. This is how they usually communicate over long distances with their herd.

Just like humans, these colossal creatures form deep bonds with their family. The herd is lead by a matriarch, normally the oldest in the group. Their young are raised together and the males move out at about 12 years old. When calves throw tantrums or are distressed, the elders take turns soothing the young by caressing or touching it with their trunks.

Contrary to popular belief, elephants are not scared of mice! But they are scared of bees. Mud is their bestfriend though. It acts as bug repellent, moisturizer, and sunscreen for their highly sensitive skin. You’ll never know because of their thick, wrinkly skin, but these massive mammals take care of their health as much as they take care of each other.

Big, gentle, and wise, elephants surely are one of nature’s most magnificent creatures. Hopefully, these amazing elephant quotes will move you to find ways to protect them.