Who Is Master P?

Percy Robert Miller, popularly known by his stage name Master P, is an American rapper, record producer, actor, former basketball player, and author. As a rapper and record producer, Master P is known for his rap label, No Limit Records.

The rap label has reinvented and rebranded itself over the years, launching under different names such as New No Limits Records, Guttar Music Entertainment, and No Limit Forever Records.

Master P was born on April 29, 1967, in New Orleans, Louisiana. After his parents divorced when he was very young, Miller and his four siblings moved with their father. The family lived in the crime- and poverty-ridden Calliope Projects in New Orleans.

Master P made his foray into the music industry by investing $10,000 that he inherited as part of his grandfather’s malpractice settlement into a rap store known as No Limits Records. He later launched his own record label by the same name.

His first project was a 1990 cassette-only EP, titled Mind of a Psychopath. The following year, he released his debut album, Get Away Clean. Master P has since released a total of 24 albums. 15 of those are solo projects, whereas 6 and 3 are joint projects with TRU and 504 Boyz, respectively.

Due to a decline in record sales, Master P’s No Limit Records filed for bankruptcy on December 17, 2003. The rapper decided to focus on nurturing his other ventures.

In addition to music, Master P has also carved himself a career in the film and television industries. Some of the movies he has starred in include Soccer Mom, I Got the Hook Up, Gone in 60 Seconds, Foolish, and Toxic. In television, Master P is remembered for his performance in the sitcom Romeo (2003 – 2006), where he starred alongside his son Romeo Miller.

In the late 90s, Master P signed separate contracts with two NBA clubs, Charlotte Hornets and Toronto Raptors. However, he did not play for either team. On September 1, 2007, Master P released his first book entitled Guaranteed Success.

As of 2023, Master P had a net worth of $200 million. He has made much of his wealth from rapping, record producing, and music-related ventures. In addition to music, Master P has also earned his wealth from acting and film production, screenwriting, basketball playing, and other investments unrelated to music.

Now, Master P has featured in the top ten list of the richest rappers in the world for some time now. Which is quite surprising, considering that he hasn’t released any major hit for more than a decade. It’s even more surprising that Master P can find himself among the world’s wealthiest rappers when his very own rap label, No Limit Records, filed for bankruptcy in December 2003.

Worse yet, his recent self-released studio album did not fare quite well, commercially-speaking. The album sold a paltry 75,000 copies, which is significantly low for someone who’s ranked among the finest and richest rappers the world has ever known. So, what’s the story behind Master P’s impressive net worth?

It all started in the early 90s, after the death of his grandfather. Master P used the $10,000 life insurance settlement check he received after the death of his grandfather to launch one of the most successful business empires in the 90s. The rapper opened a record store on San Pablo Avenue in Richmond, California, known as No Limit Records & Tapes.

Master P’s record store focused on selling West Coast gangster rap albums, a genre that played a fundamental role in popularizing his brand. He leveraged his fast-rising popularity to sign several deals with major record companies at the time.

Most notably, Master P’s No Limit company struck a deal with Priority Records. According to the terms of the contract, No Limits would receive an advance payment of $375,000 for each album produced, as well as 75% of the wholesale price for each album sold.

The following are Master P’s most commercially successful songs so far:

While his rap label was breaking financial barriers in the 90s, Master P was not about to sit back and bask in the glory of his achievements. Instead, he expanded his empire by investing in various side hustles. Some of those include a sports management company, a real estate firm, a travel agency, a clothing line, a phone sex business, a film studio, and a videogame company.

From 1992 to 1998, Master P’s No Limits Records had sold more than $120 million in albums. In 1998 alone, the rapper’s various business endeavors brought home over $160 million, $110 million of which came from No Limit Enterprises. 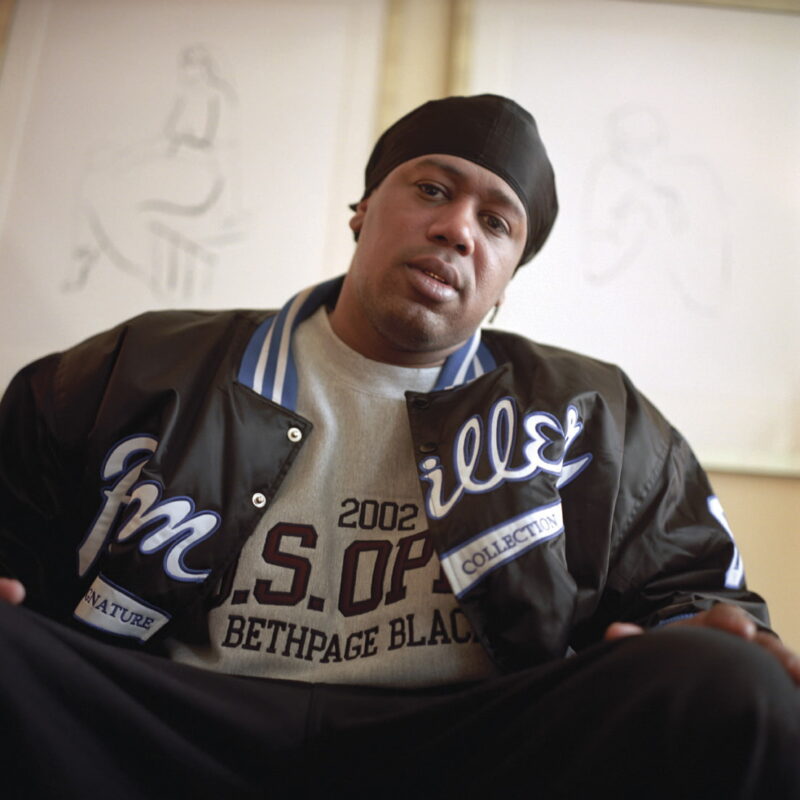 1. Be prudent in your expenditure

Master P could have squandered the $10,000 he inherited from his grandfather. After all, he didn’t work for it. However, he invested the amount in his first record store, a move that he never regretted.

Master P’s empire grew from scratch. He started out in a dilapidated building where he worked as the building’s cleaner to earn his first three months’ rent.

Though he is mostly remembered as a rapper, Master P has since diversified into several other businesses. At some point, he even tried to push his luck in basketball and professional wrestling.

“I think my thing is I grew up in the ghetto, and I was able to get a second chance. That’s what I’m trying to tell kids.”

“I think you’ve got good people and bad people in everything you do. If you start making a big deal of it, then it’s a problem. It’s like in life. We’ve got bad doctors and lawyers. We’ve got bad priests! We don’t target every priest and say he’s bad. You have to go to church and you have to go see some doctors. Some people have to be good.”

“If I can go through what I’ve been through and do a television show with my son and then be a boy from the hood making records for the people I make records for, that’s reality.”

Master P may not be releasing albums anymore. But he has left his mark in the rap industry. His life speaks to a man who was ready to leave no stone unturned in a bid to pull himself from poverty.