The success of a team relies heavily on effective teamwork. When everyone works together toward their common vision and shared goals, an organization becomes more fluid and productive. Aside from that, promoting teamwork in your organization brings more benefits, including: 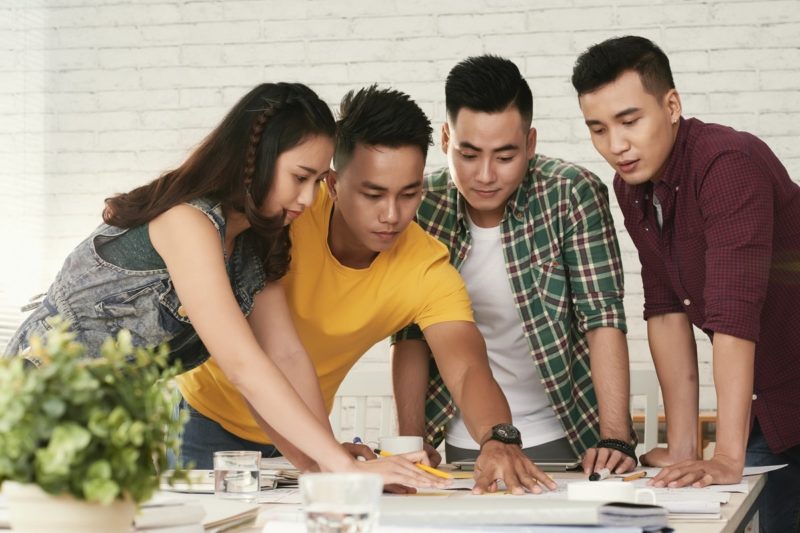 They say that two heads are better than one. Well, just imagine what an entire team of creative heads can do. With more hands on-deck, workload is shared, and tasks are completed faster and more efficiently. Delegating work according to the unique skills and capabilities of each team member ensures high-quality output and increased productivity.

Undoubtedly, teamwork leads to better outcomes as the team accomplishes much more than what they can do individually. 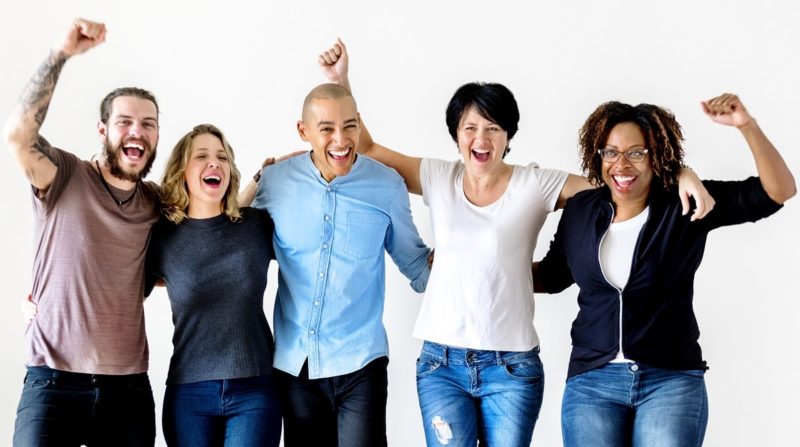 Having a team means having a talent pool with a great mix of personality types, skills, and capabilities. In this pool, each team member contributes something unique to help achieve the goals of the team. When people who excel in different areas are brought together, they form a strong and highly efficient team that accomplishes tasks with competence.

Effective teamwork encourages team members to build on the talents of each other rather than compete. Each member brings their individual talents to the table and combines these with others to become a formidable team. 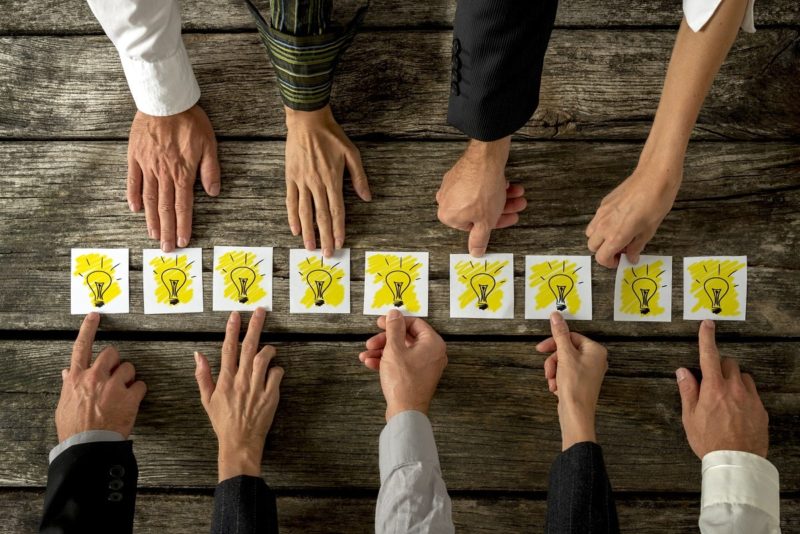 The diversity of members in a team make brainstorming much more productive. When ideas are bounced off during these sessions, team members are more likely to come up and share out-of-the-box ideas.

Both individual and team knowledge are utilized to produce innovative and practical solutions to problems. With teamwork, you can come up with more effective solutions. 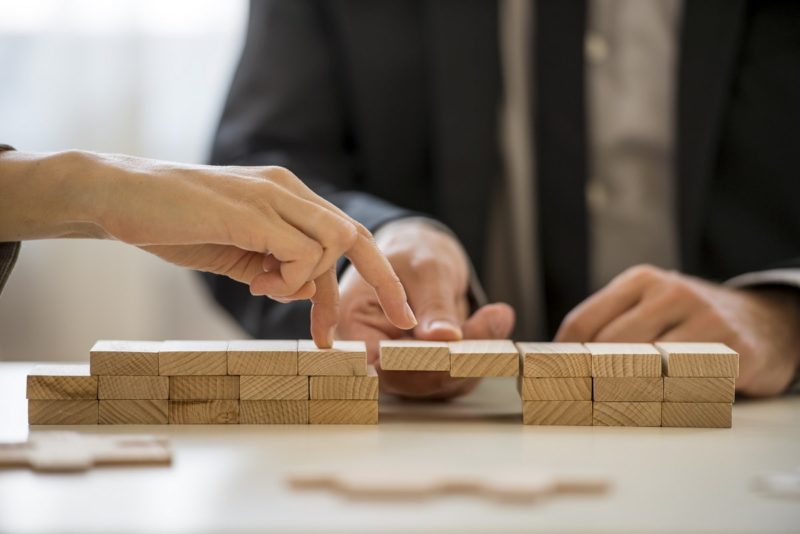 People who work as a team become very supportive of each other. They offer mutual support and share team accountability. They can boost each other’s spirit when projects aren’t going along as planned. They share successes when tasks are accomplished well.

Teamwork allows people to feel connected to the organization and the people they work with. This helps build loyalty and enhance work satisfaction among team members. 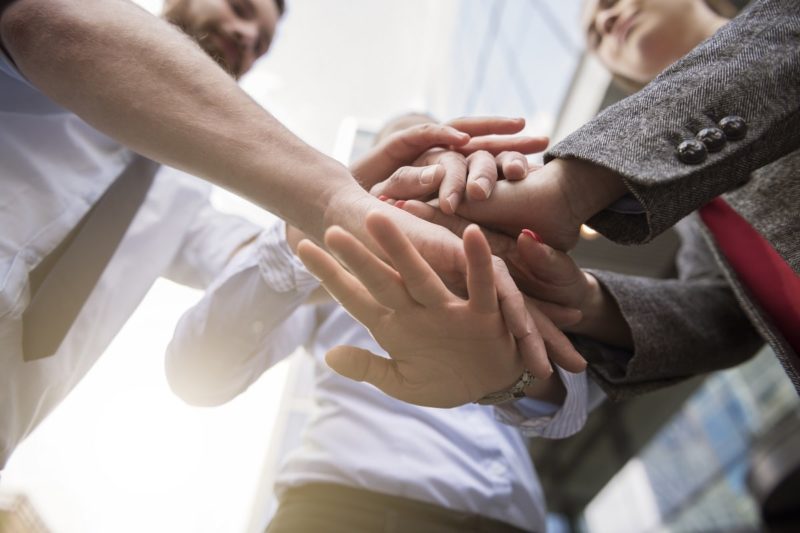 As we’ve mentioned, having a team means bringing people of diverse personalities together. While those with opposing personalities may find themselves with conflicting ideas, these conflicts can be resolved immediately with effective teamwork.

Teamwork encourages everyone to work collectively towards a common goal. Thus, team members know the importance of dealing with disagreements in a positive manner so as not to disrupt the team’s progress.

Having a solid teamwork relieves stress and creates more fun at work. Promoting friendship at work creates a positive environment that boosts work motivation and spurs productivity. When people bring humor and fun into the workplace, tasks become less tedious and everyone becomes more inspired to work harder.

The benefits of teamwork aren’t limited within the organization; it also benefits people who receive services from them. Because teamwork helps provide better outcomes and higher productivity, the quality of services an organization provides also increases in value and quality. Without a doubt, an organization that works well as a team can meet the needs of their customers better. 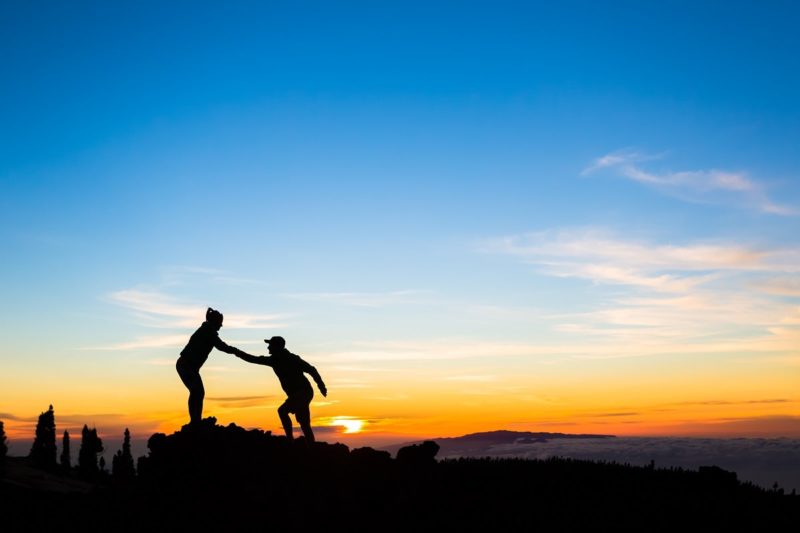 A team always has a leader. But an effective leader won’t just lead or show power over the others. An effective leader would empower and encourage the rest of the team to be leaders themselves. This is another value that teamwork brings to an organization. Everyone is motivated to develop their own leadership qualities as they learn to work together and build on each other’s strengths.

Indeed, working as a team brings a host of benefits to your organization. As a leader, you must strive hard to develop teamwork and ensure that each member of the team feels valued and respected.

Here are 90 quotes that can inspire you and your team to work better together: 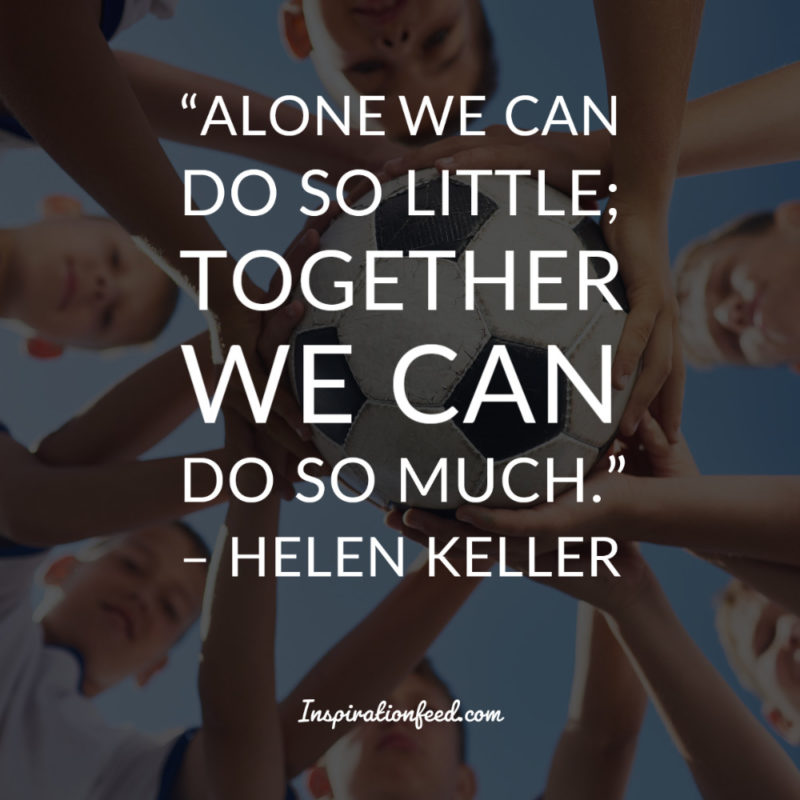 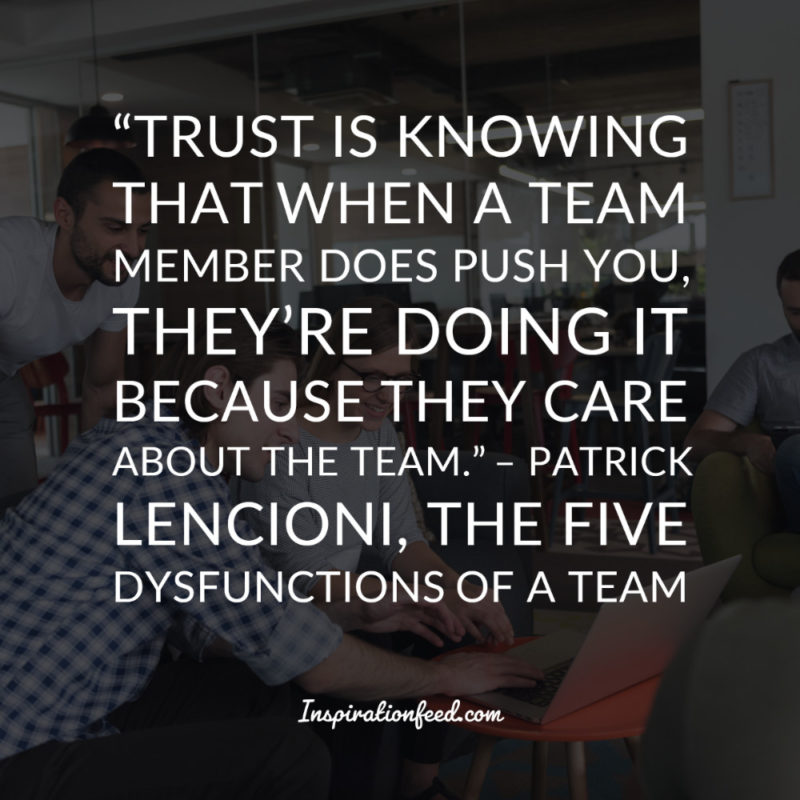 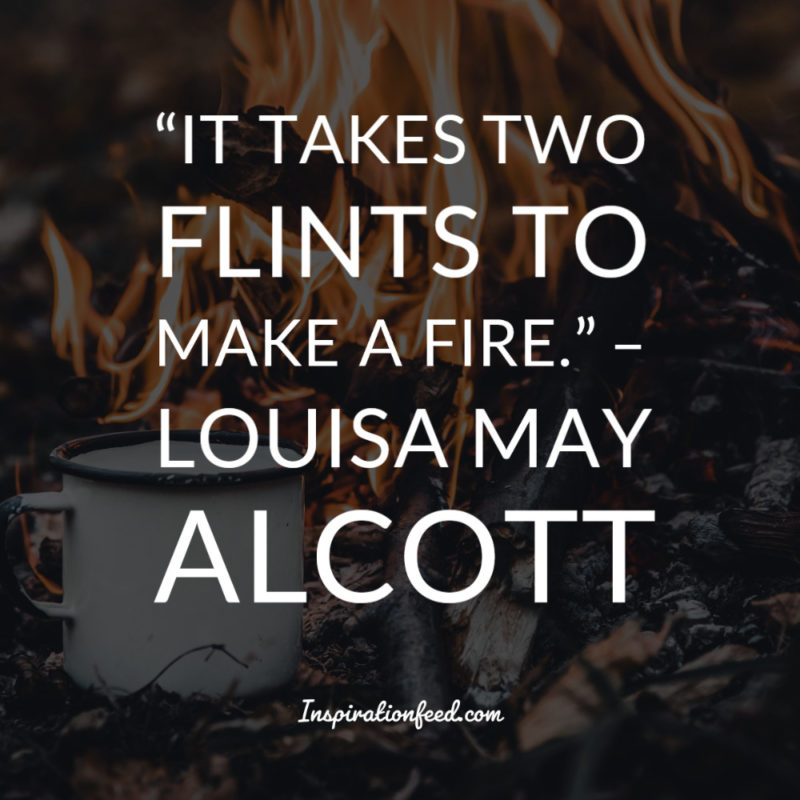 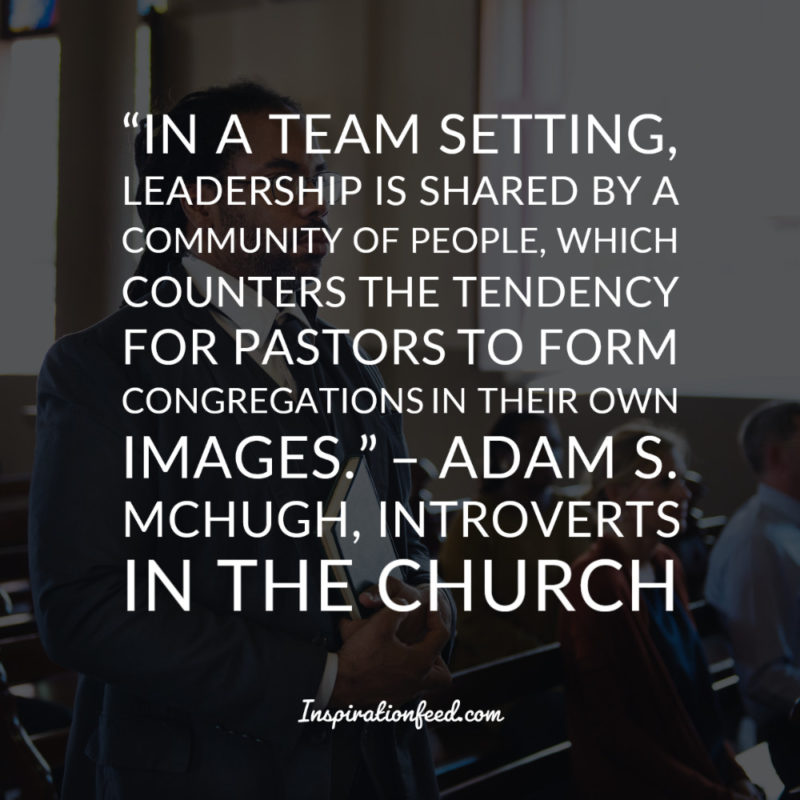 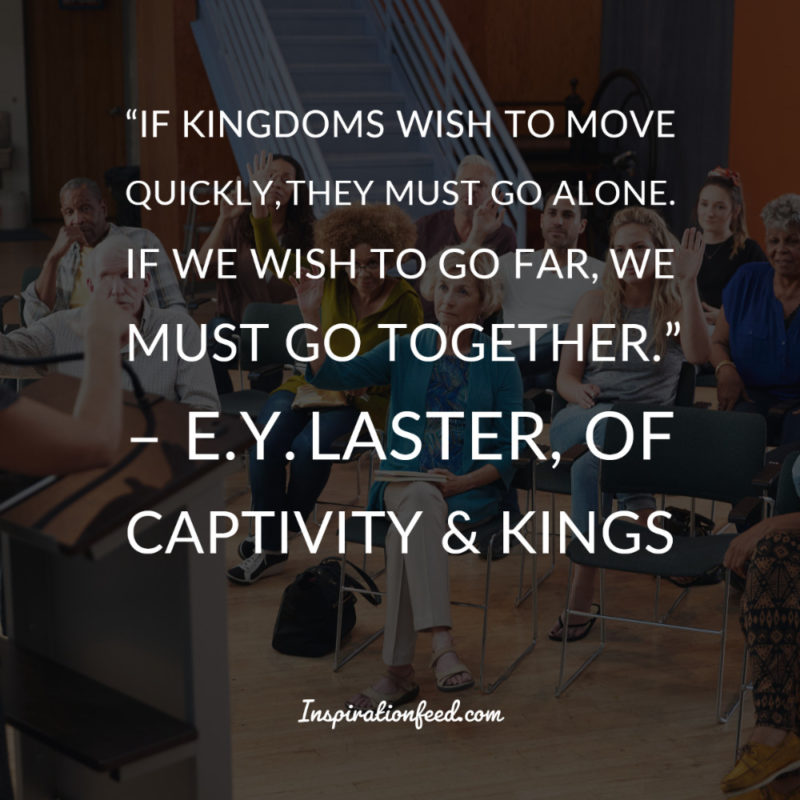 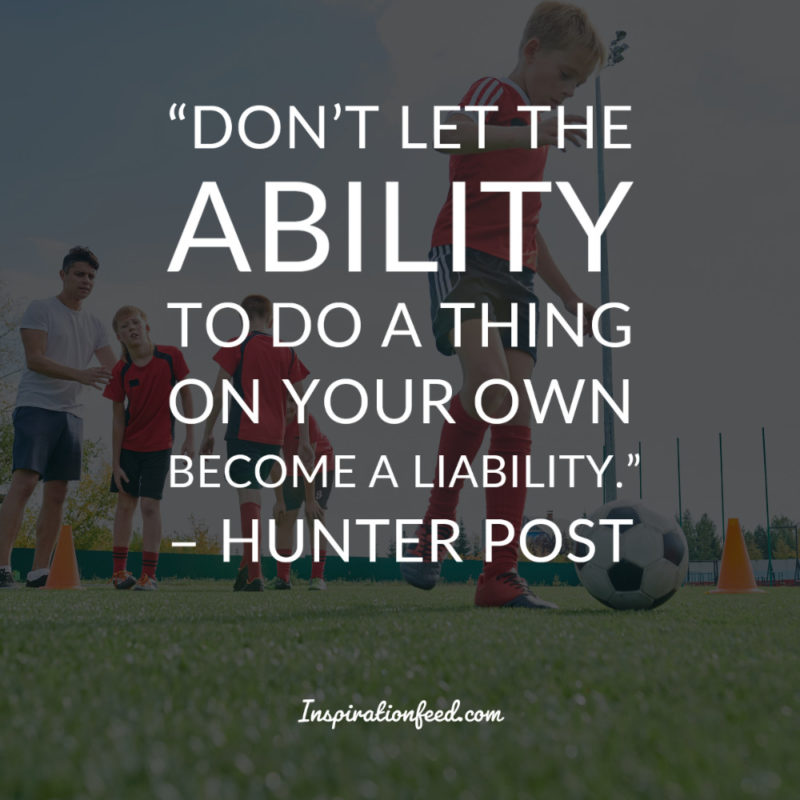 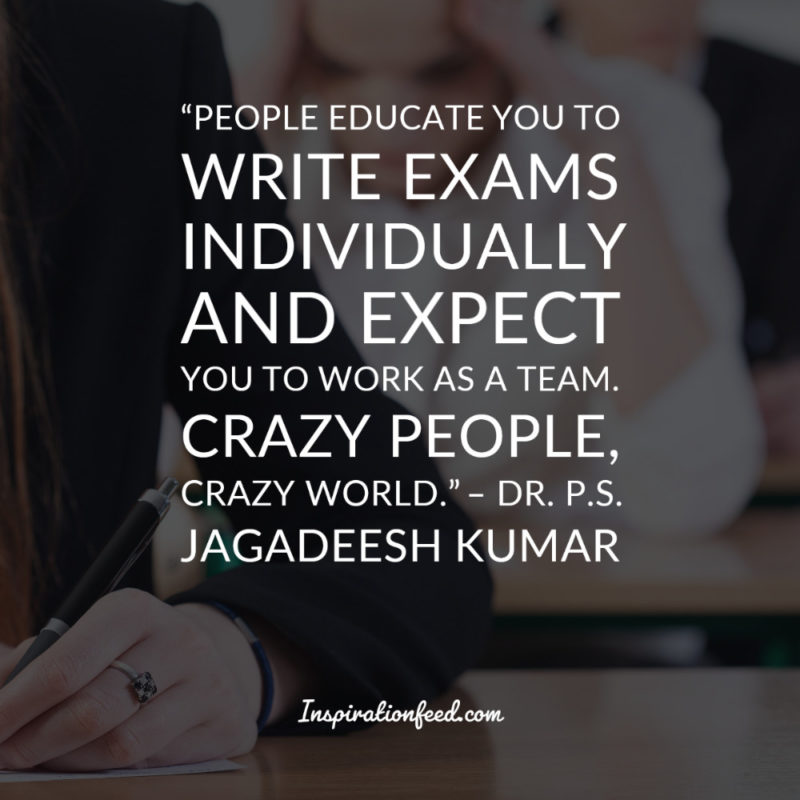 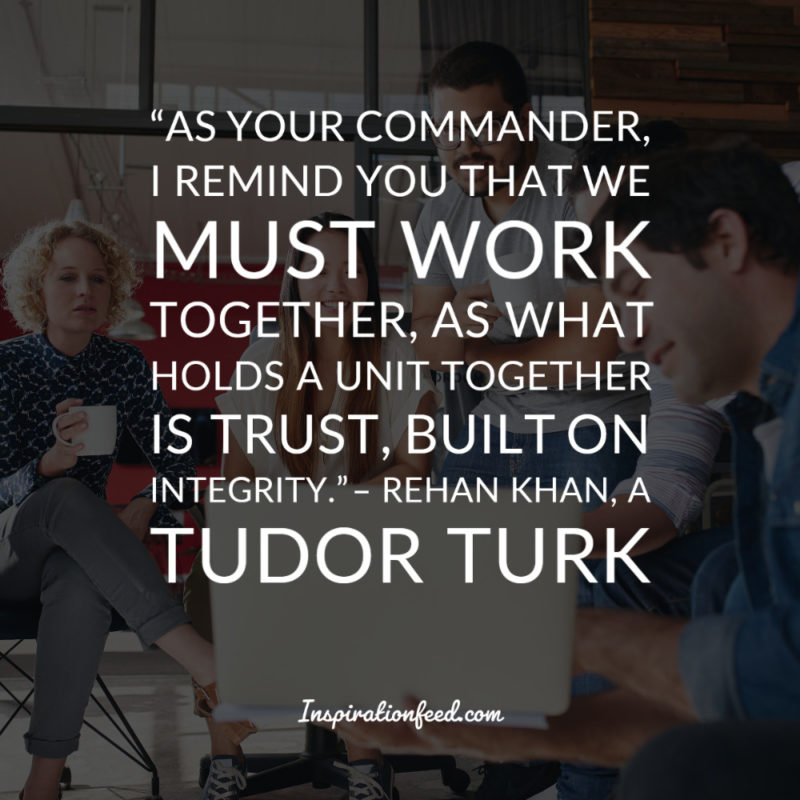 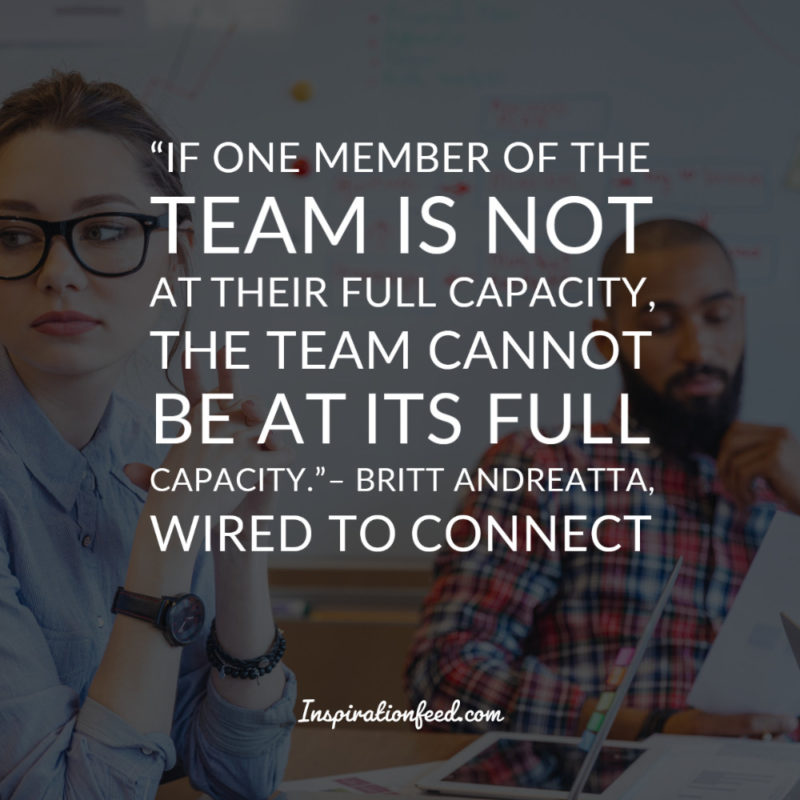 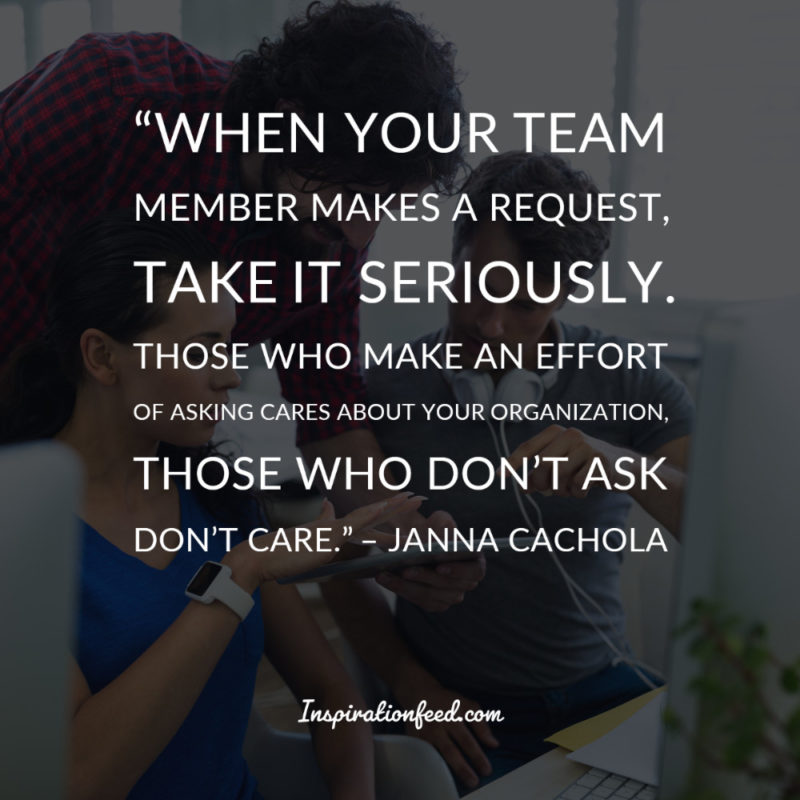 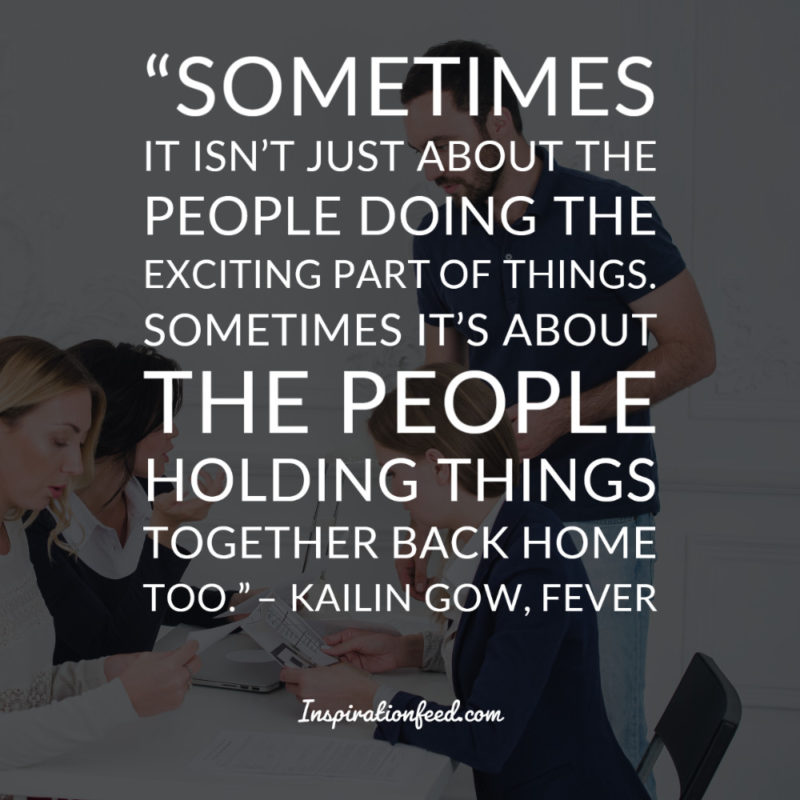 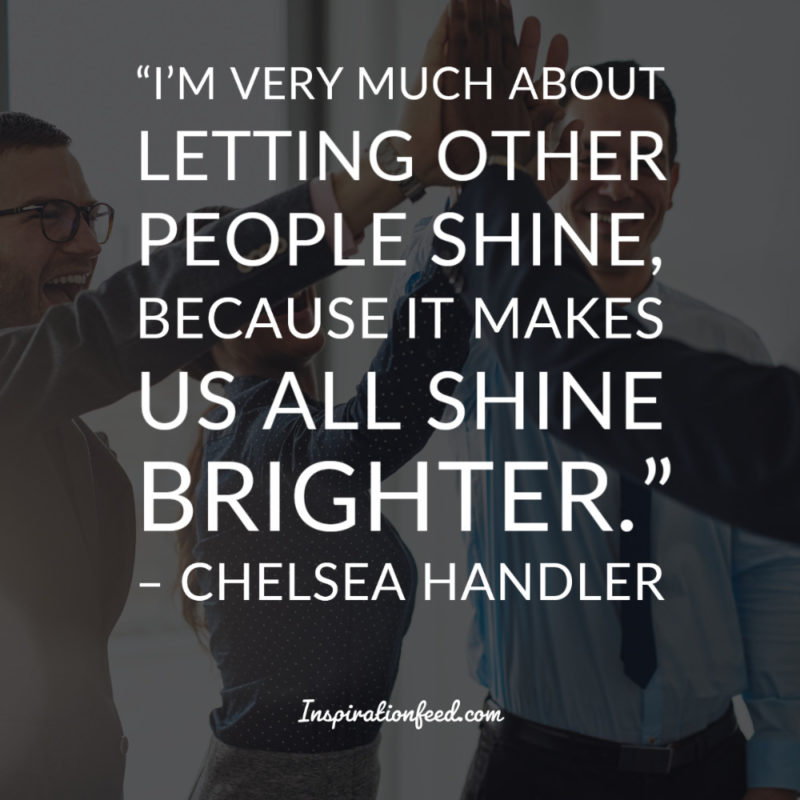 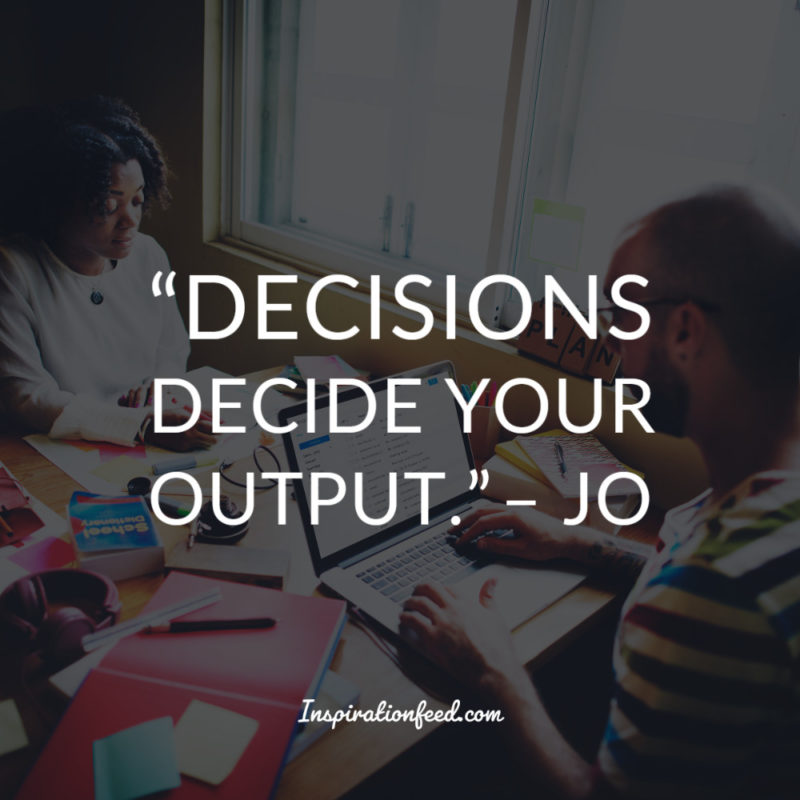 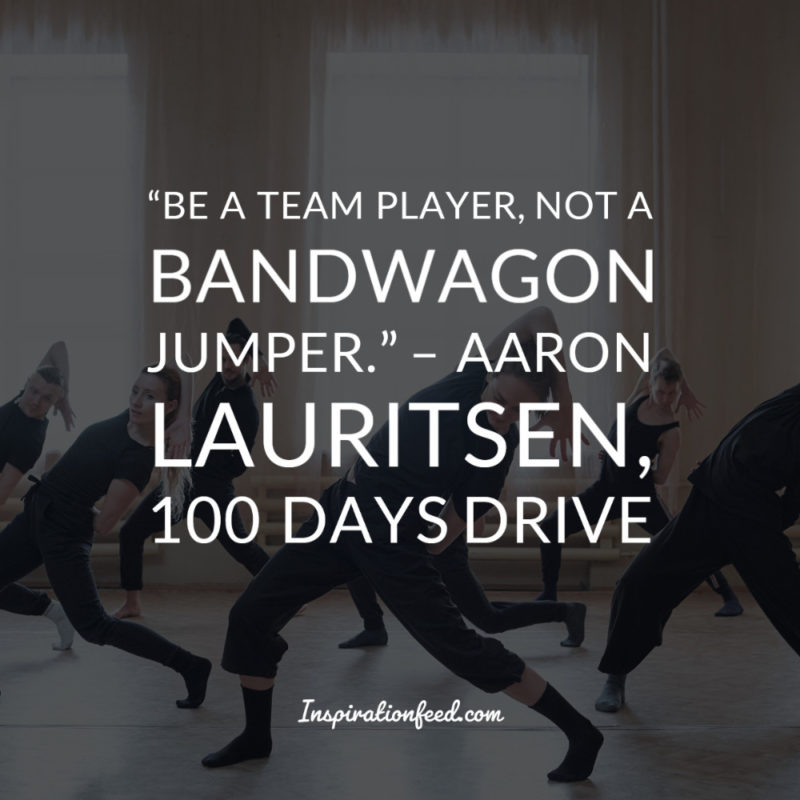 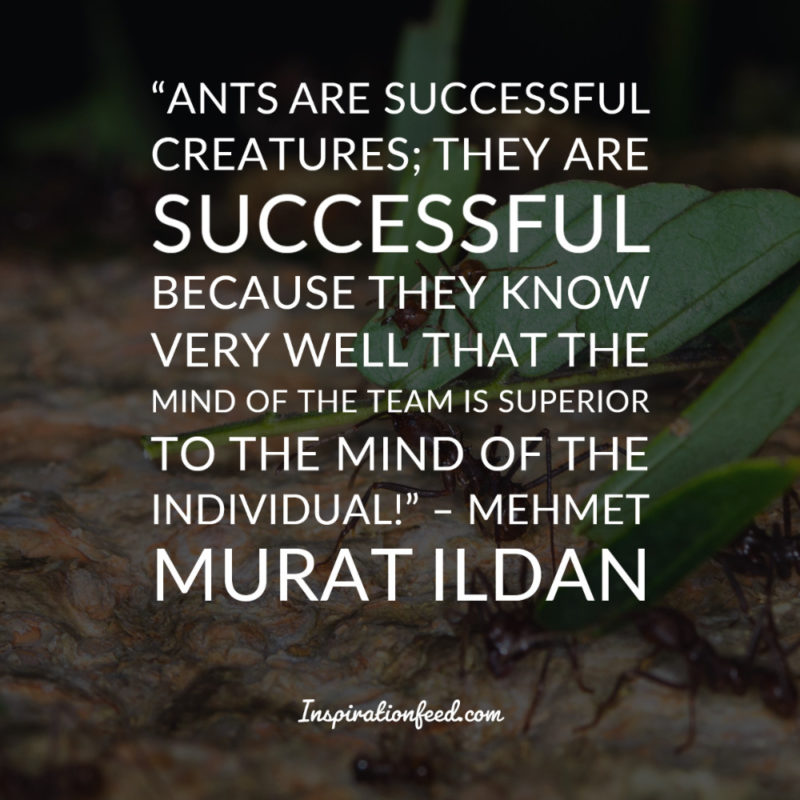 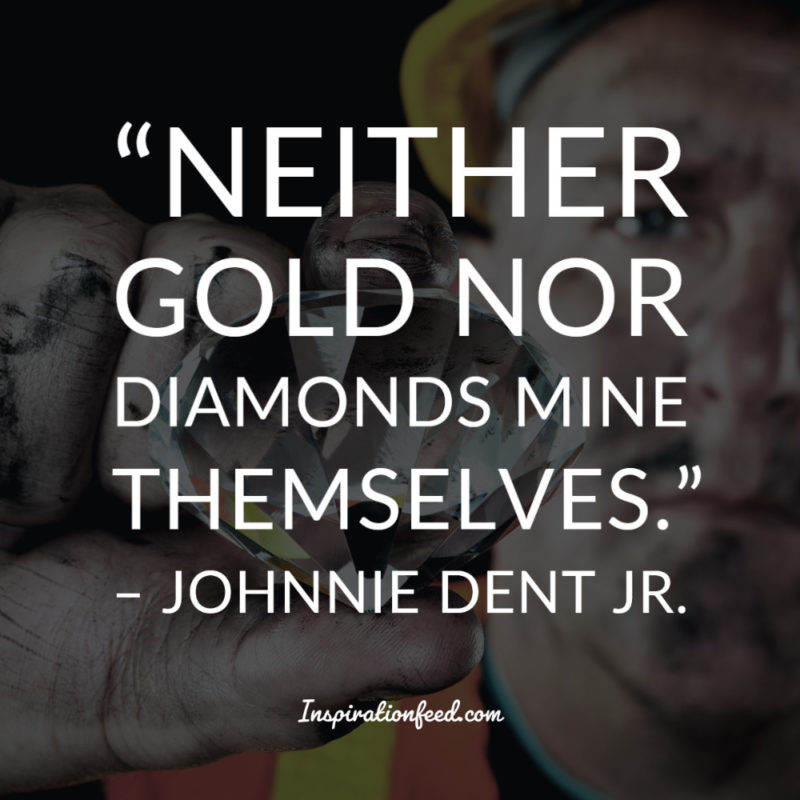