Corporate logo redesign is always a challenging task. Sometimes it’s even controversially undertaking for both the designer and organization involved. A great example of this is the Gap Logo. I think I can speak for everybody when I say that Gaps logo was probably the worst re-design in 2010. Once social media got involved, it spread like a wildfire.

Although many companies re-brand/redesign their logo, sometimes its not the best choice to do that. You already have a mass customer base that recognize your brand already. Changing your appearance drastically can really hurt. However you can always freshen up your appearance and make it modern. A great example of this is Walmart’s new logo.

It was a great year, and a year that many companies have re-branded themselves. Many for the better, and a few for the worst. This massive list includes a great variety of different companies that had re-branding performed in 2009-2010. We want you to be the judge and tell us which companies have the worst/best re-branding.

Note: All the logos have been done manually and this process took me two long days. Each image is linked to the brands website. 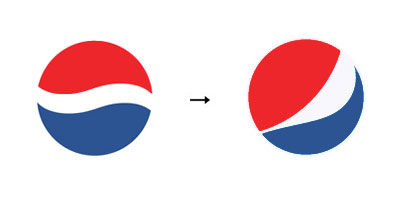