From Flap Bags, to totes, to the many novelty designs which have graced Chanel’s grandiose runways. Chanel bags have a long legacy dating back almost 100 years. Beginning with the first-ever Chanel Flap Bag designed by Coco in 1929, Chanel’s handbag offerings have only increased in variety, demand, and price. But what makes Chanel bags so popular and prestigious? And what keeps consumers and collectors lusting after them? 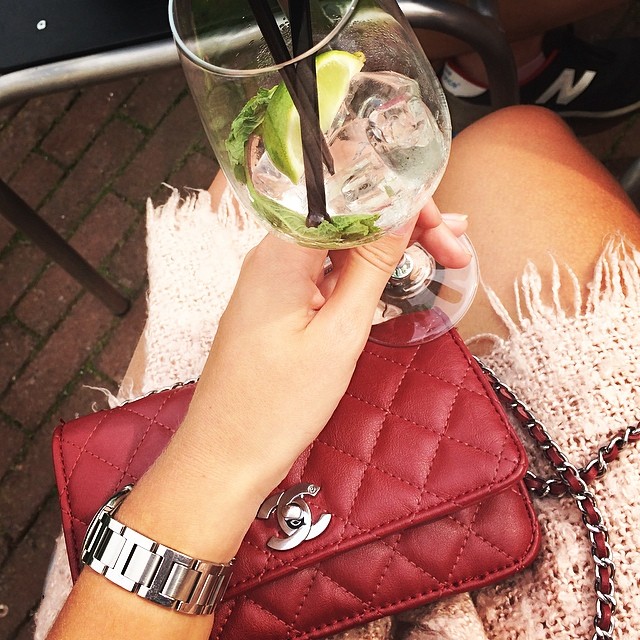 The success of Chanel bags lies largely in the house’s classic designs which are reimagined season after season. In 1955, Coco Chanel forever changed the handbag game when she debuted the first-ever shoulder bag, the 2.55. In the ‘80s, Karl Lagerfeld updated the design, releasing the Chanel Classic Flap. And more recently, for the house’s fall/winter 2011 ready-to-wear collection, Lagerfeld debuted the Chanel Boy Bag.

These designs have each become certified Chanel classics which the house never hesitates to reinterpret in new materials, sizes, and bag styles. For Chanel’s spring/summer 2021 pre-collection, the house’s current creative director Virginie Viard released the Classic Flap in a selection of vivid hues with rainbow metal hardware.

A mini version of the Boy Bag in black leather and metallic tweed graced the fall/winter 2016 ready-to-wear runway. And the classic 2.55 Bag was paired with the immensely popular belt bag trend to create the Reissue 2.55 Waist Bag for fall/winter 2018. The house’s eagerness to experiment with these key designs has helped them achieve lasting relevance and appeal.

Chanel bags’ continued success is also owed to the house’s willingness to adapt to changing times. Despite the fame of the 2.55 Bag and the clout it gave Chanel as a brand, by the ‘80s the house was in trouble. Lagerfeld’s decision to reimagine the 2.55 as the Classic Flap helped propel the house to new levels of success. Incorporating ‘80s logomania into his redesign in the form of the now-famous double C logo turn-lock was crucial to the style’s newfound popularity.

When Lagerfeld launched the Chanel Boy in the early 2010s, an increasing number of younger shoppers were becoming interested in the brand. But much of the house’s existing handbag offerings were more popular amongst older clientele. Lagerfeld once again was able to incorporate fresh design elements while retaining the flap bag style and double C logo. The result was a new design with all of the house’s signature trappings and it became an instant success. 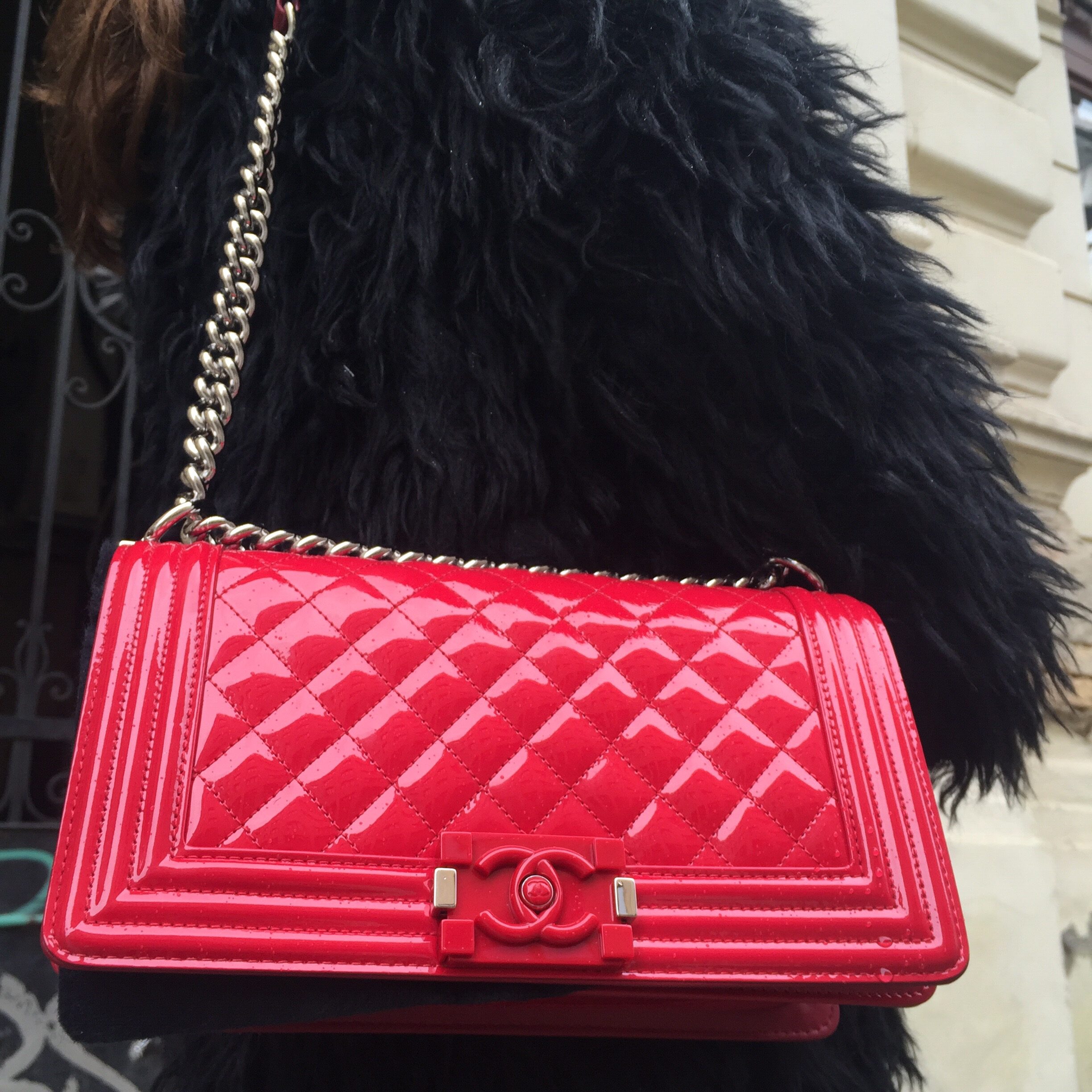 Chanel understands what works … and builds on it. So often, Chanel bags have the same key elements – diamond quilted stitching, leather and tweed material offerings, chain straps interwoven with leather and, of course, the house’s interlocking CC logo. Not only have these features become staples of Chanel classics but the house also includes them in newer designs. Two hugely popular Chanel bags launched recently which employ all of these are the Gabrielle and Chanel 19 bags.

While vastly different in their overall appearance, both bags are distinctively Chanel at heart. The Gabrielle, named after the house’s founder Gabrielle “Coco” Chanel, has a structured base inspired by the rigid silhouette of binocular cases often seen at racecourses. This is paired with a softer, leather body embossed with diamond-quilted stitching. The design features chain straps interwoven with leather and is adorned with hanging CC logo charms.

The Chanel 19 also features a leather and chain strap and the house’s prominent logo in a similar part leather and part chain effect. The signature diamond-quilted stitching also appears on the design but enlarged, giving the bag a slouchy, more relaxed style. The design was named after its year of release since it debuted in the fall/winter 2019 ready-to-wear collection, Lagerfeld’s last for the house.

Chanel’s codes of style have remained largely unchanged since the house’s founding and hence have become universally known. Coco quickly established her house’s ethos of ingeniously simple designs, androgyny, and style through emancipation. In this, lies the secret to Chanel bags’ success. From the revelation of hands-free carry which the 2.55 Bag gave women in the ‘50s, to Chanel’s continued reliance on simple and sleek designs.

Chanel bags never stray from the Chanel ideology. From the outset, Coco adopted traditionally male fabrics such as jersey and tweed. Both of these fabrics continue to be used for Chanel bags today. But perhaps more significantly, androgyny remains a core component of the designs. Styles like the Classic Flap are popular amongst men and women and the Gabrielle Bag was even marketed as a unisex style.

In fact, chain straps and diamond-quilted stitching were originally inspired by male fashion when first used on the 2.55 and both remain staples of Chanel bags today. Other early Chanel staples of the house, such as pearls and faux jewels, which were part of Coco’s personal style uniform, continue to adorn the house’s bags. 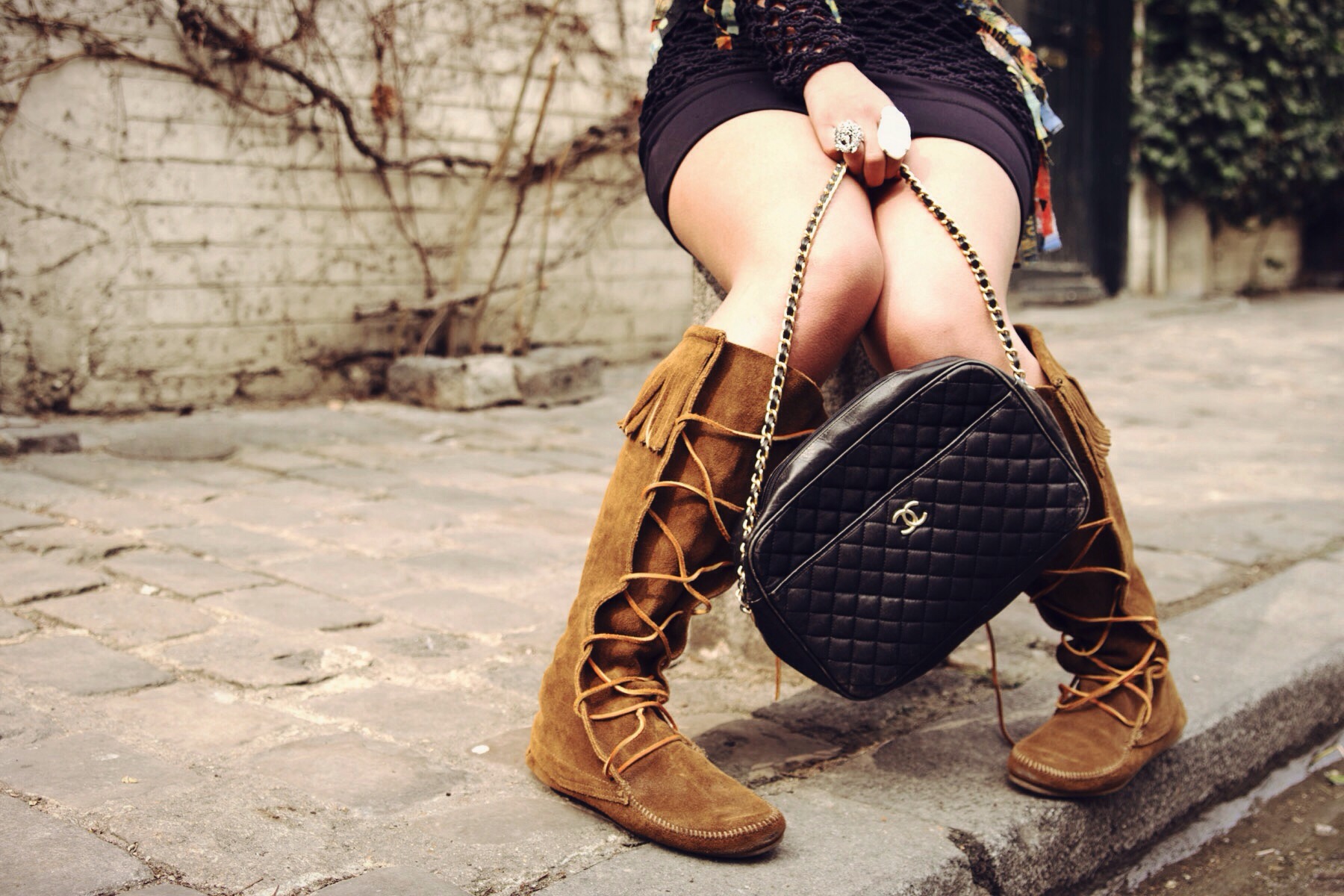 Many fashion brands try season after season to create the next design that will cause mass handbag hysteria, but few ever achieve such an undertaking. Even fewer have managed to do so as often as Chanel. The 2.55 was an ‘IT’ bag before anyone knew what an ‘IT’ bag was. In the ‘80s, the Classic Flap achieved an equivalently wild level of success.

And when the 2.55 was reissued to celebrate the design’s 50th anniversary, it became the ‘IT’ bag of an entirely new era. A handful of Chanel’s newer designs have also managed to secure this coveted status. The Boy Bag took the handbag world by storm during the early 2010s and the Chanel 19 gave the house’s well-known flap bag style new appeal upon its release. But far from being fashion fads like other styles which have shared the desirable title, Chanel’s ‘IT’ bags have retained their popularity long after the hysteria died down.