Who Is Young Thug?

Jeffery Lamar Williams, better known by his stage name Young Thug, is an American singer, songwriter, and rapper who rose to prominence in 2014 following his appearance in several singles, such as ‘Stoner’ and ‘Danny Clover’.

As a rapper, Young Thug is known for his unique vocals as well as his quirky, gender-bending fashion style. 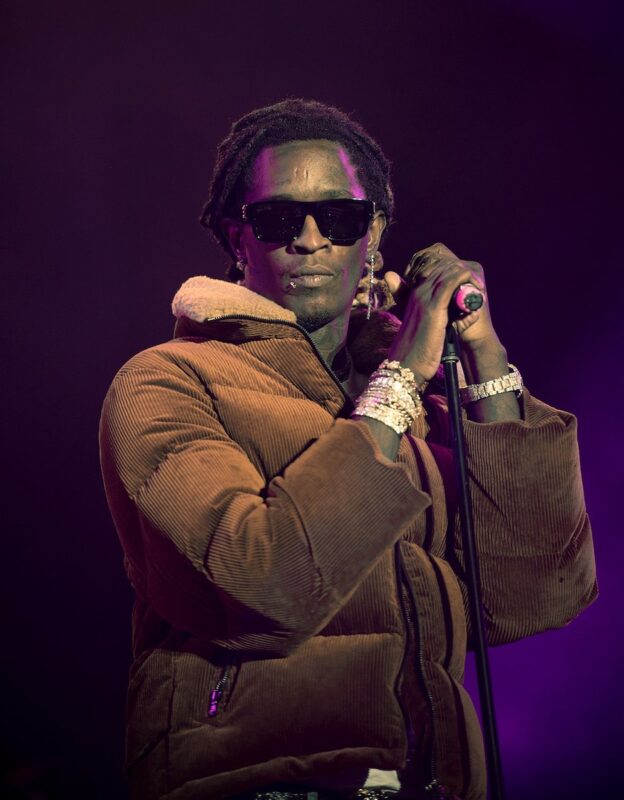 Young Thug was born on August 16, 1991, in Sylvan Hills, Atlanta, Georgia. He was the tenth of eleven children, most of whom have different biological fathers.

Young Thug’s eccentric and somewhat rebellious rapping style was largely influenced by his difficult childhood. Growing up in Atlanta’s crime-ridden Jonesboro South projects, it was difficult for him and his siblings to stay out of trouble with the law. He witnessed the shooting of his elder brother, and one of his brothers is still serving a jail term following murder accusations.

Young Thug himself had his fair share of unruly behavior. He reportedly served four years in a juvenile detention center for breaking his teacher’s arm. During his teen years, Thug became an avid gambler with a tendency for violence and drug use.

By the age of seventeen years, Young Thug became a father. The birth of his first child was more like an eye-opener for him, as it’s then that he recognized his talents for rapping and started to pursue his musical ambitions seriously.

In 2010, Young Thug debuted as a guest appearance on the song ‘She Can Go’ by rapper TruRoyal. Over the next one year, he released the first three mixtapes under the ‘I Came from Nothing’ mixtape series and caught the attention of his fellow Atlanta-based rapper, Gucci Mane. Impressed by Young Thug’s rapping skills, Gucci Mane went on to sign the young rapper to his 1017 Brick Squad Records. Young Thug released his fourth mixtape through the record label, titled ‘1017 Thug,’ to positive reception.

In October 2013, Young Thug released his official commercial debut single, Stoner. Over the next couple of years, he collaborated with numerous artists, including Kanye West, Homie Quan, Camila Cabello, Chief Keef, to mention but a few.

In 2019, Young Thug released his debut album titled So Much Fun. The album debuted at the #1 position on the US Billboard 200. Some of the most popular singles off the album include The London (ft. J. Cole and Travis Scott) and Hot (ft. Gunna). The songs peaked at the #12 and #11 spots on the Billboard Hot 100, respectively.

And like many accomplished artists, Young Thug is the recipient of numerous awards and honors, such as:

Jeffery Lamar Williams has been in the rap game for slightly over a decade now. Over the years, he has continually established himself as one of the most valuable artists.

As of December 1, 2020, Young Thug had a net worth of $8 million. He has earned a huge portion of his wealth from his highly successful rapping career, much of which comes from record sales and concert tours.

Young Thug also boasts a vibrant social media presence, particularly on YouTube. Although his own YouTube account isn’t very popular, the rapper has appeared on numerous songs that have gone on to rack up millions of YouTube views. Examples include Camila Cabello’s Havana, T.I’s About the Money, and Tyga’s Hookah.

Young Thug experienced a troubled teenage after taking to a life of crime, violence, and drug use. However, he was able to overcome these setbacks to emerge as the celebrated artist that we know of him today.

2. Everything happens for a reason

Young Thug had his first child when he was 17 years. At the time, he was still young and broke. However, his new bundle of joy gave him the impetus to pursue his musical dreams more seriously.

3. Stand out from the crowd

As a rapper, Young Thug is credited for his unique vocals. His rap style has often been described as a departure from traditional rap lyricism. The rapper also stands out for his eccentric, gender-fluid fashion style.

“This is where the guys who copy me are planted: I do not use auto-tune, I sing. That’s my advice!”

“When you see them be successful, however small, you say to yourself, wow. And everything becomes possible. Never denigrate, to say we will not succeed.”

“You must not worry about leaks or pieces stolen on your computer. Just make songs, you gotta make music, keep stuff out. You may not know rap, but that’s how it works.”

Young Thug has been termed by several publications as one of the most influential rappers on the planet. Not only has the rapper achieved incredible fame and fortune, but has also been an inspiration to millions of artists around the world.