Who Is Keanu Reeves?

Keanu Charles Reeves is a Canadian actor, film producer and director, musician, and comic book writer. While he was born in Beirut, Lebanon, the sensational Canadian actor was raised in Toronto, Canada.

In most of his movies, Reeves plays the action hero who saves the world from imminent danger. The actor’s efforts haven’t gone unnoticed, as he has since won three MTV Movie Awards.

Keanu Reeves was born on September 2, 1964, in Beirut, Lebanon, to Samuel Nowlin Reeves Jr. and Patricia Taylor. Reeves kicked off his acting career in the early 80s, by appearing in theatre productions and television shows. He made his film debut in 1986’s Youngblood. However, his breakthrough role came in the 1989’s sci-fi comedy Bill & Ted’s Excellent Adventure, where he played Ted “Theodore” Logan.

Keanu Reeves has since appeared in scores of critically acclaimed and commercially successful movies, including:

In addition to his impressive acting skills, Keanu Reeves has also had a successful career as a film director and narrator. Reeves’ directorial debut came with the film Man of Tai Chi. Some of the films he has narrated include the television documentaries, Mifune: The Last Samurai and Deep Web.

As of July 1st, 2021, Keanu Reeves had a net worth of $400 million. As you may have guessed by now, a substantial portion of his net worth comes from his successful career in acting, voice acting, and film directing.

Reeves’ earlier movies may not have earned him some huge paychecks. For instance, he took home a paltry $3000 for his role in Youngblood and $95,000 from Bill & Ted’s Excellent Adventure. However, these earnings could still translate into some decent cash if adjusted for inflation.

The following are some of the most commercially successful movies that Keanu Reeves’ has featured in over the years:

As we already indicated, Keanu Reeves hasn’t earned his entire fortune from acting and film directing. He is also an astute businessman. Reeves is associated with Company Films, a film production company that has played an instrumental role in some of his recent films. He is also the founder of Arch Motorcycle Company, which sells fancy motorcycles.

Keanu Reeves doesn’t just make big bucks. He is a big spender too. But unlike many accomplished actors, much of his expenditure goes towards charity donations as opposed to lavish automobiles or expensive vacations. He is said to have donated millions of dollars to cancer research centers. 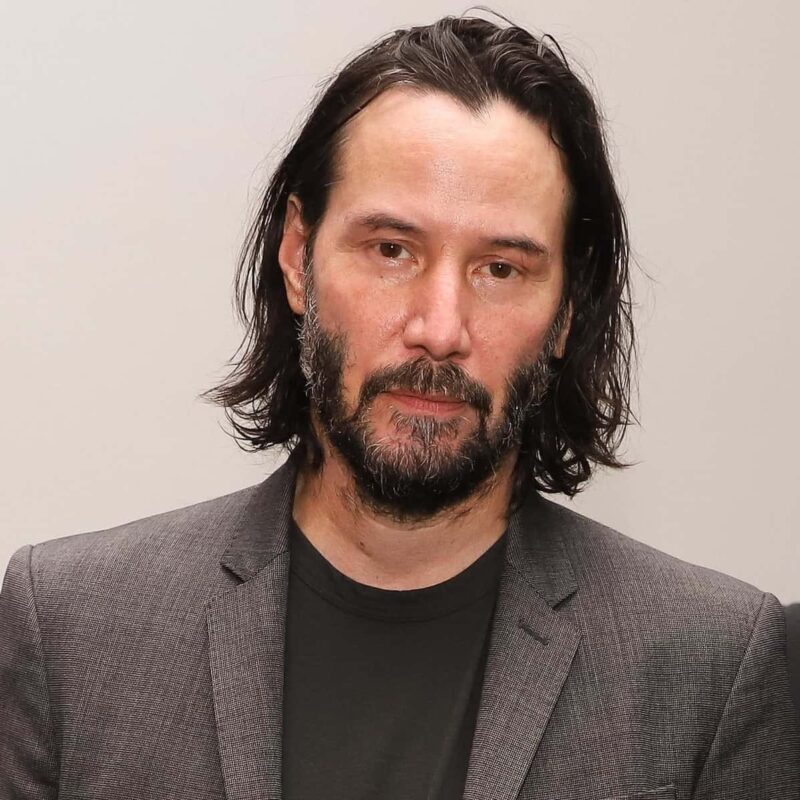 1. Your background doesn’t define you

Keanu Reeves comes from what could be termed as a ‘broken family.’ His father abandoned the family when he was just three years old, after which his mom went through a series of unsuccessful marriages.

Worse yet, his education was hampered by the fact that he was dyslexic, which saw him being expelled from several high schools. That Reeves went ahead to achieve incredible success amidst these challenges only proves that your background doesn’t define you.

Many dollar millionaires are known for their penchant for splashing on lavish gifts, and we cannot begrudge them for that. However, a few wealthy actors like Keanu Reeves understand that wealth is only meaningful to the extent that you use it to help other people. Reeves ranks among the world’s most philanthropist celebrities, and he is proud of it.

Money forms a fundamental ingredient for happiness. But it isn’t everything. And when you’ve made more than you can spend in a lifetime, you’ve got to put your focus elsewhere. In a 2003 interview with Hello, Keanu said, “Money is the last thing I think about.” “I could live on what I’ve already made for the next few centuries.”

“Because we’re actors we can pretend and fake it, but I’d rather the intimate investment was authentic.”

“Here comes 40. I’m feeling my age and I’ve ordered the Ferrari. I’m going to get the whole mid-life crisis package.”

“Letters are something from you. It’s a different kind of intention than writing an e-mail.”

“The whole aspect of cinema and film festivals should be a moment to come together and celebrate art and humanity. It would be a shame if there was such a divide.”

“Money doesn’t mean anything to me. I’ve made a lot of money, but I want to enjoy life and not stress myself building my bank account. I give lots away and live simply, mostly out of a suitcase in hotels. We all know that good health is much more important.”

Keanu Reeves has treated the world to more than 70 critically acclaimed movies. He has also earned decent amounts out of them. He is undoubtedly one of the richest actors on the planet and based on his recent form, we might see more of his films, moving forward.