However, loyalty is underappreciated most of the time. When people are asked what qualities they want in a partner or friend the most common are usually – caring, kind, loving, appreciative, and the like. But if you really think about it, even a person with these traits, except loyalty, will become an unreliable partner during your time of need.

The importance of loyalty impacts us all – from our personal to our professional relationships. But what makes it so important? How does one even define what is true loyalty? 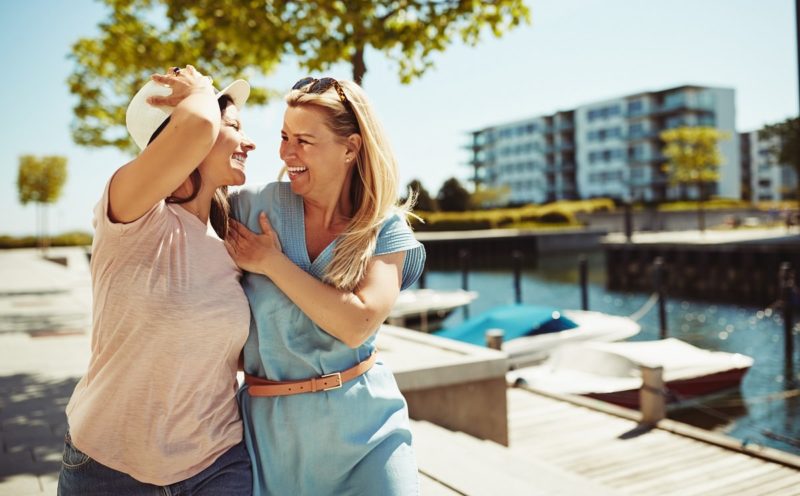 By simple definition, loyalty is a strong feeling of support or allegiance. It is generally used to convey devotion or dedication and faithfulness to something – a person, a philosophy, a business, or even a country or group.

The definition of loyalty has grown over the years. In the early days, philosophers used to argue that loyalty could only be given to another person. However, as times progressed, disciplines like political science and law stated that fidelity to a country is also seen as a form of loyalty. 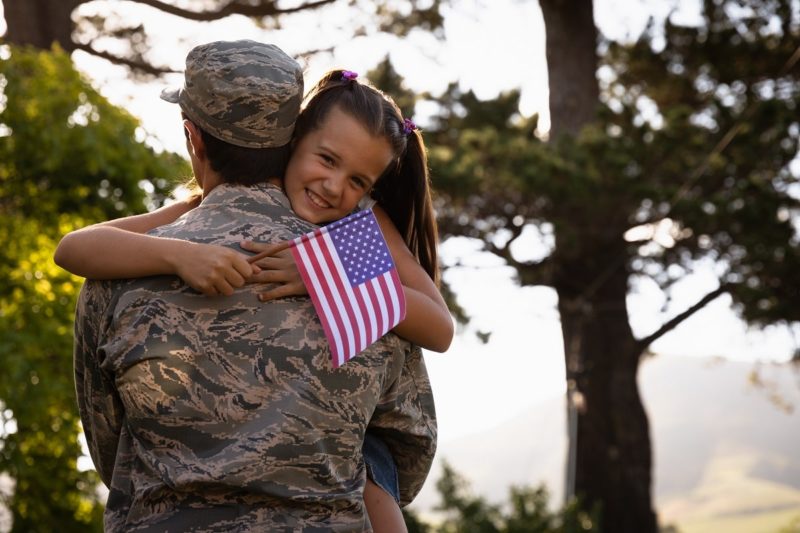 This was prevalent in Western culture that emphasized the importance of loyalty to a nation and to the ideals of that nation. Loyalty and allegiance were interchangeable and usually pertained to both country and ruling parties – be they government or royal family. This became so ingrained in the culture that it has remained a defining principle of the army and those charged with protecting a nation.

In Eastern culture, on the other hand, loyalty was usually given to a cause or to a way of thinking. In Japan, loyalty is the most important virtue in Bushido. Along with righteousness, benevolence, courage, sincerity, respect, and honor – these virtues formed the code with which those who practiced Bushido lived. These virtues guided all their actions. 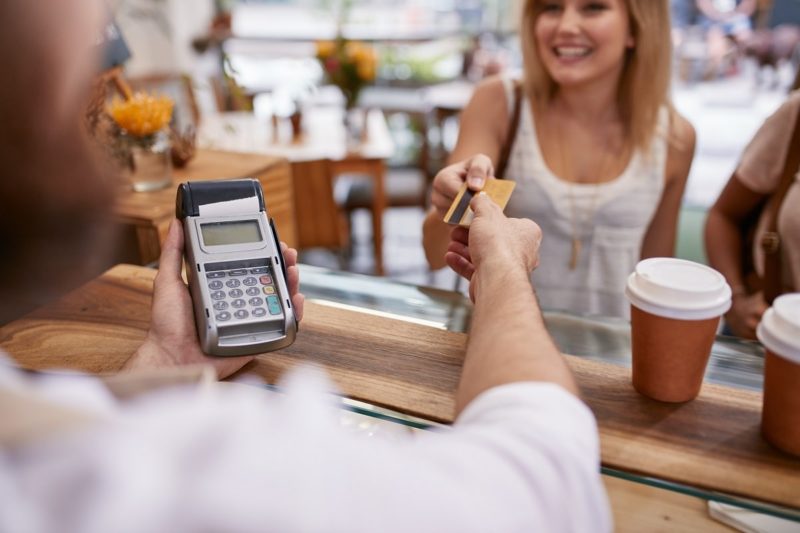 Today, loyalty is not only applied to individuals. Nowadays, even brands and businesses seek to develop this trait in their consumers, making them lifetime clients, and sometimes, even personal advertising ambassadors. Notice how your friends talk about how they love certain products and will only ever buy these products? That is an example of brand loyalty.

However, not all displays of loyalty are good for you. Blind loyalty is just as detrimental to the quality of your relationships. Being loyal doesn’t mean suspending our rational thinking and constructive criticism of the object of our loyalty. Be it a person, nation, belief or brand, loyalty demands us to be more honest.

Why is Loyalty Important? 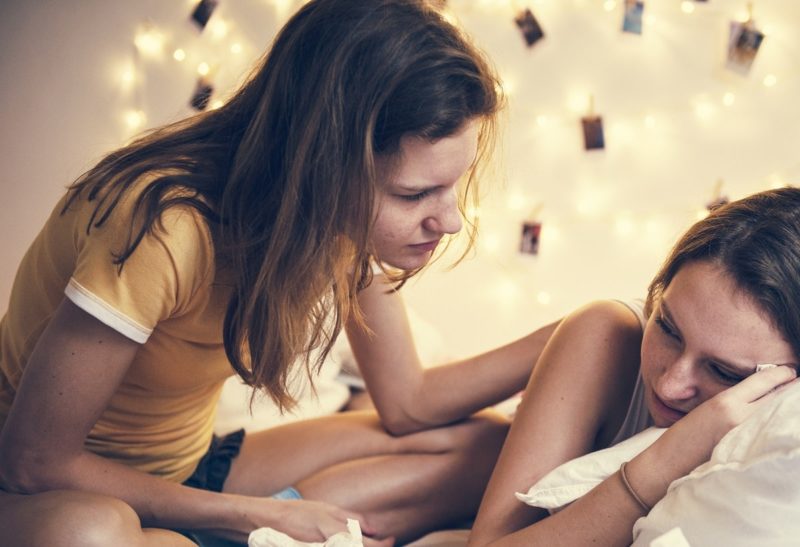 Possessing loyalty also helps us become better individuals. It’s important to understand that being loyal and surrounding yourself with people loyal to you can heavily impact your life. From personal to professional relationships, loyalty determines its longevity. It is also an important factor for a relationship’s success or failure.

For one, loyalty teaches us about commitment. We say we are committed but when the chips are down, real loyalty is what makes us keep our word. Loyalty also teaches us how to be a better friend. Being a loyal friend means being there and providing support, especially in times of need. In order to keep a friendship alive, you must be willing to dedicate your time and effort to it. 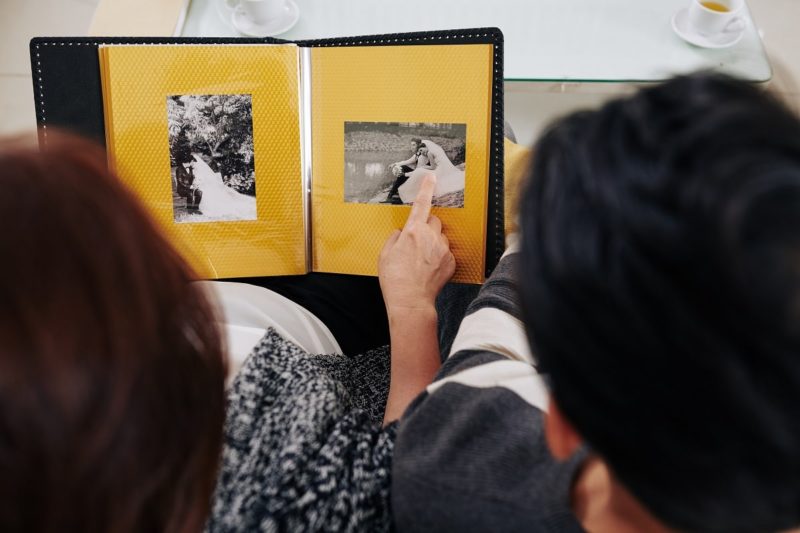 Loyalty also teaches us about consideration and responsibility, leading to self-improvement. After all, being loyal isn’t easy. It requires effort. In order to be truly loyal, you must know your actions and decisions have consequences that affect others and impact the future. True loyalty makes you more considerate and conscious of your behavior.

Loyalty is more than about just being fully committed and dedicated to our friends, our family, our work, or even our country. It’s about being the best version of ourselves.

Here are 85 powerful quotes about loyalty. 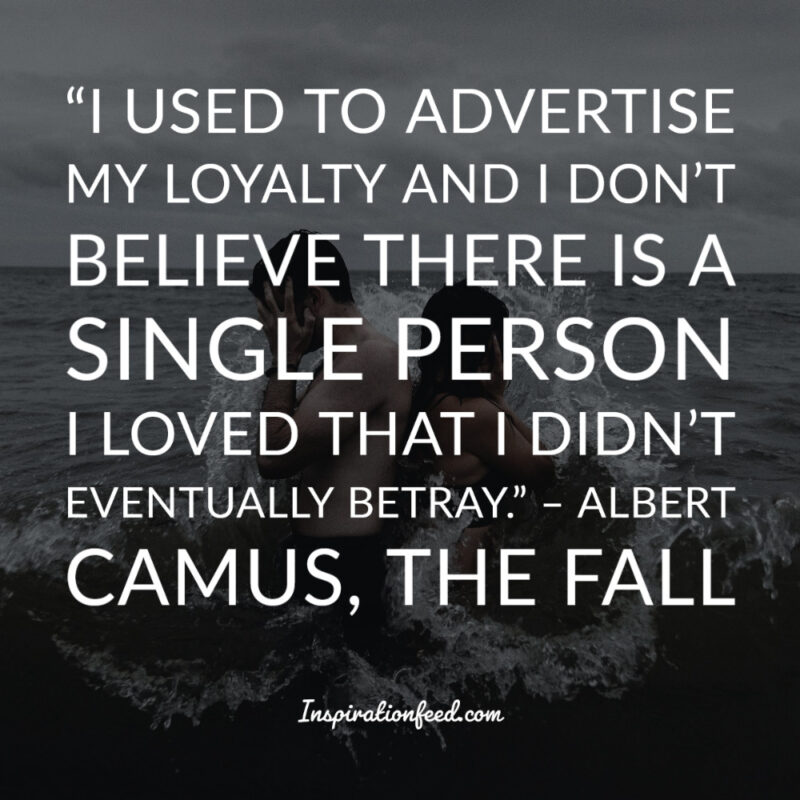 2. “I used to advertise my loyalty and I don’t believe there is a single person I loved that I didn’t eventually betray.” – Albert Camus, The Fall 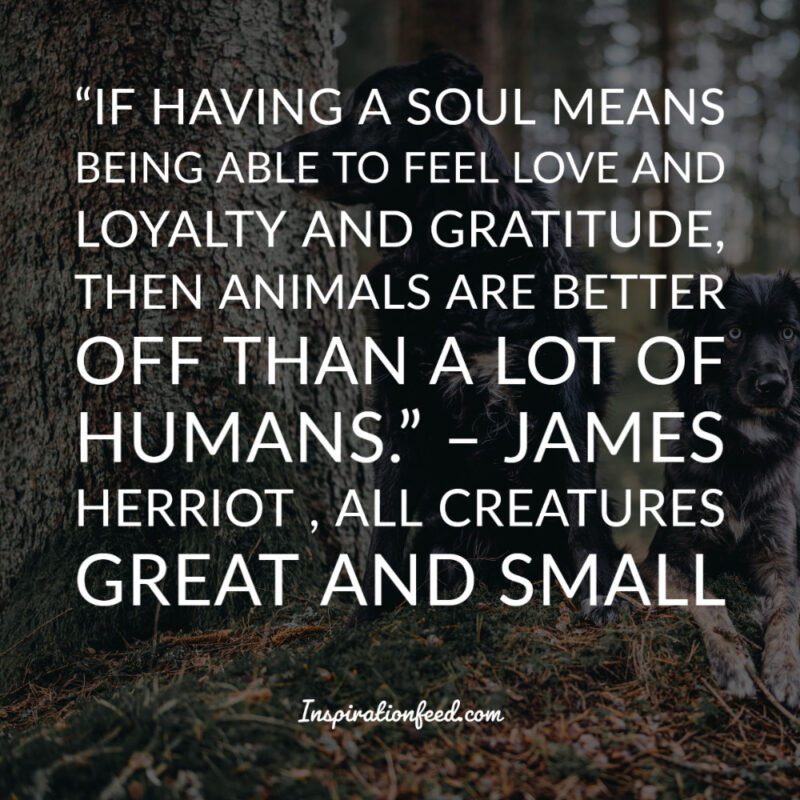 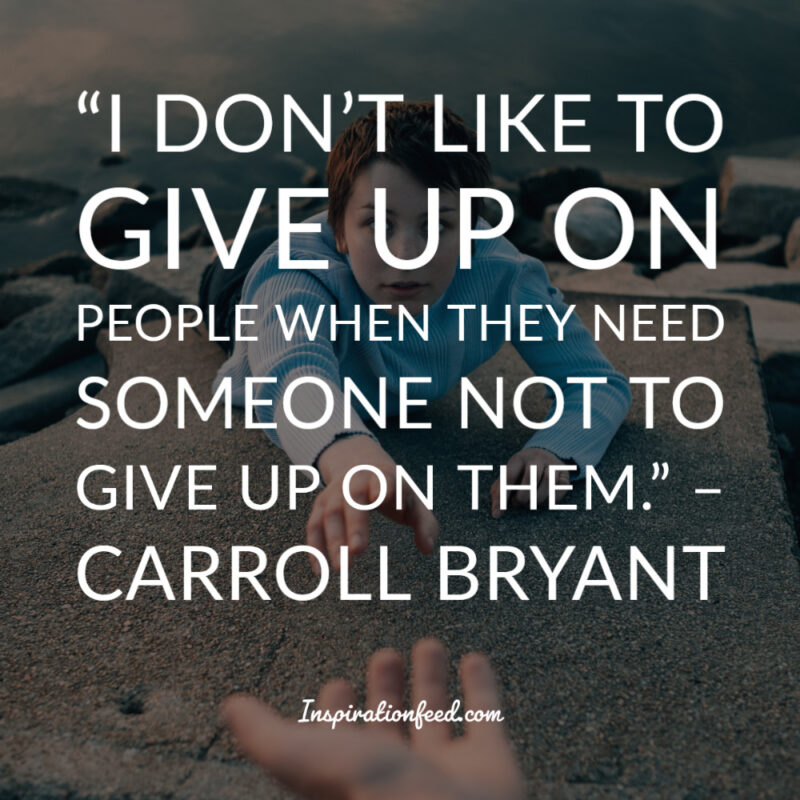 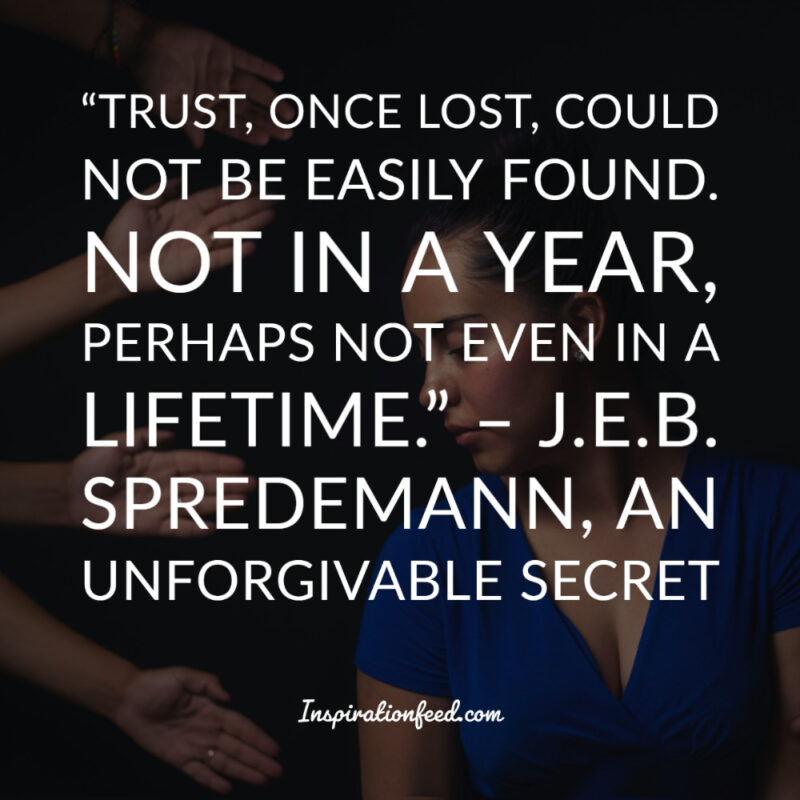 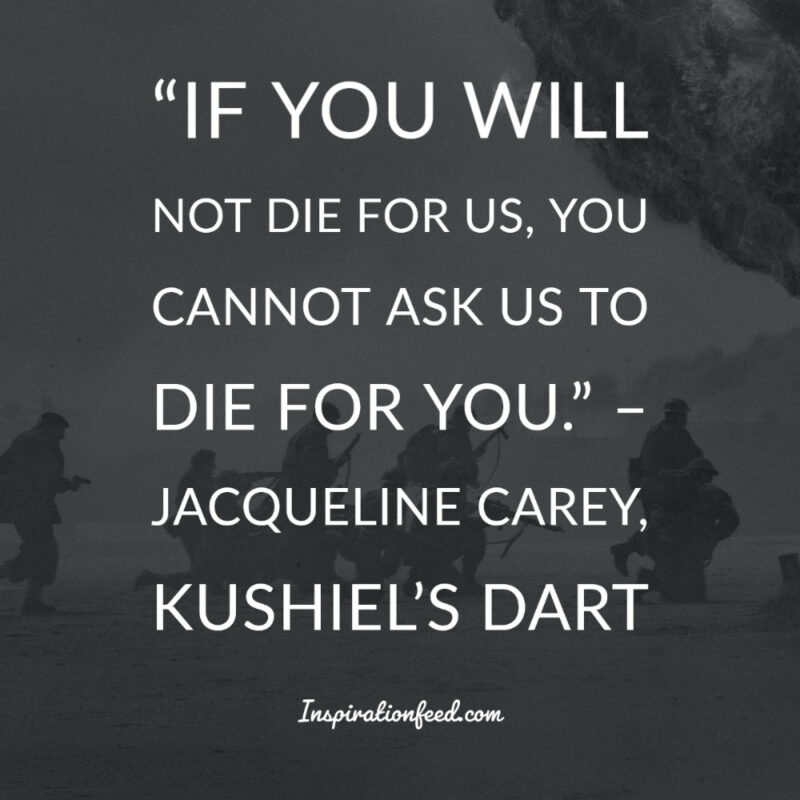 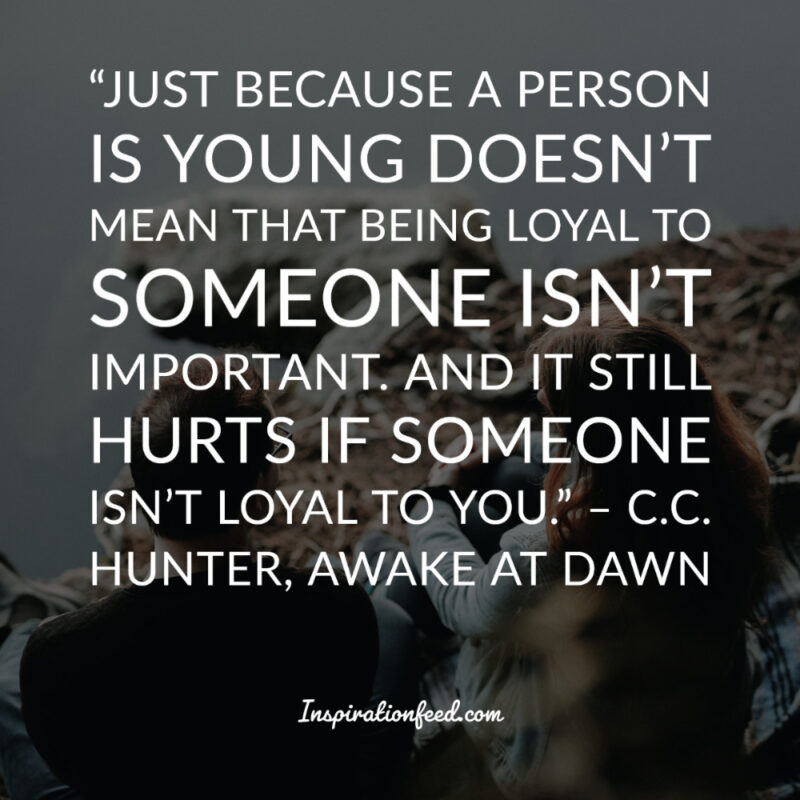 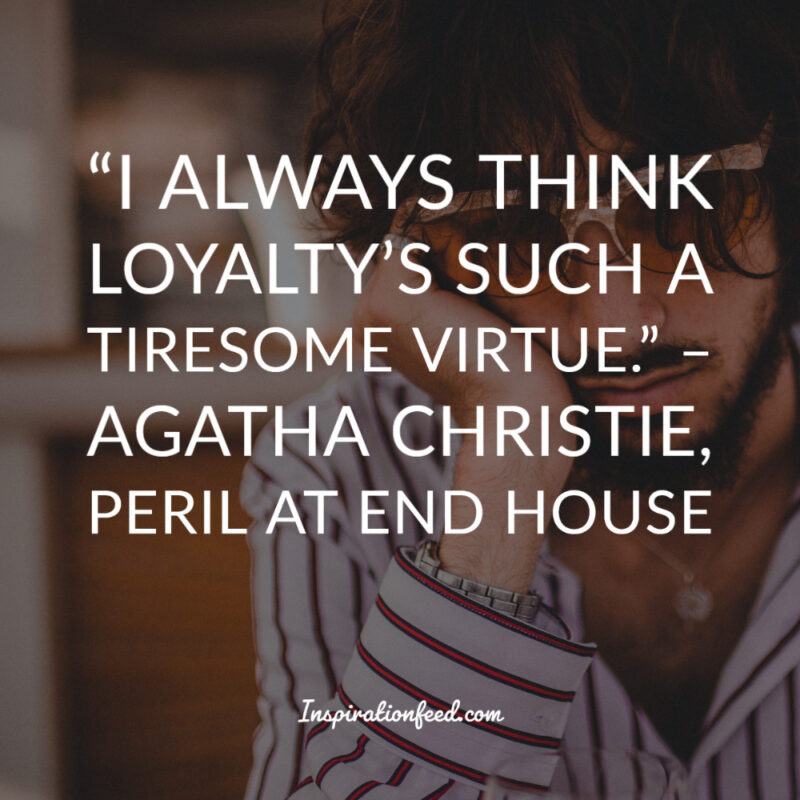 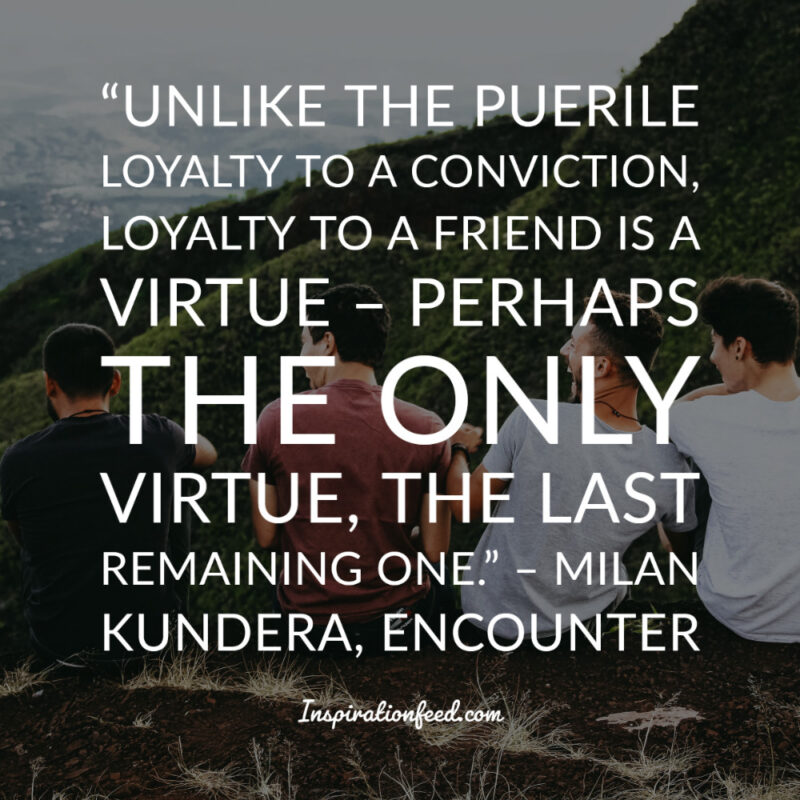 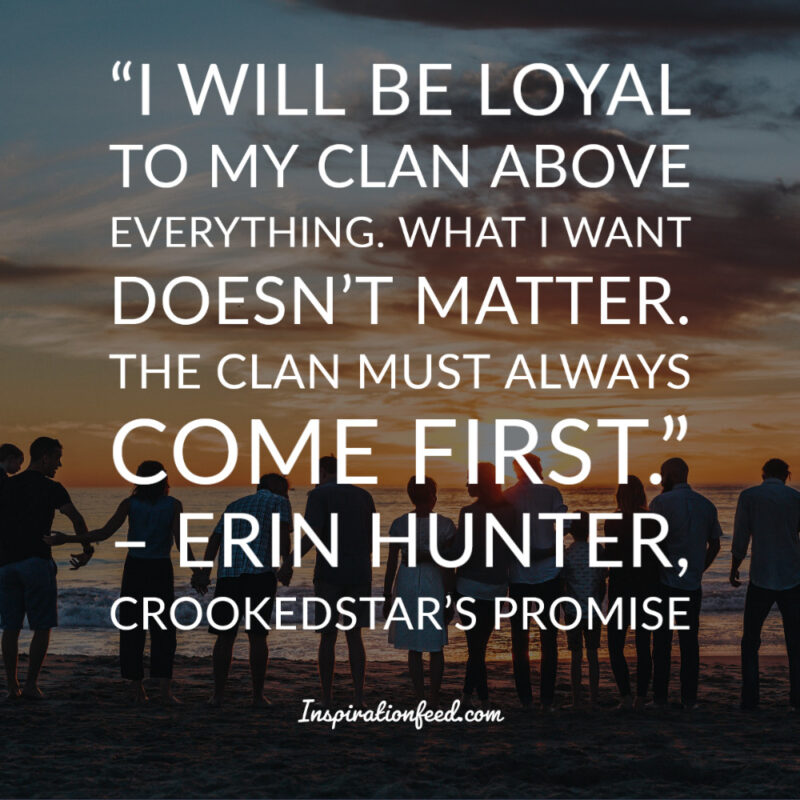 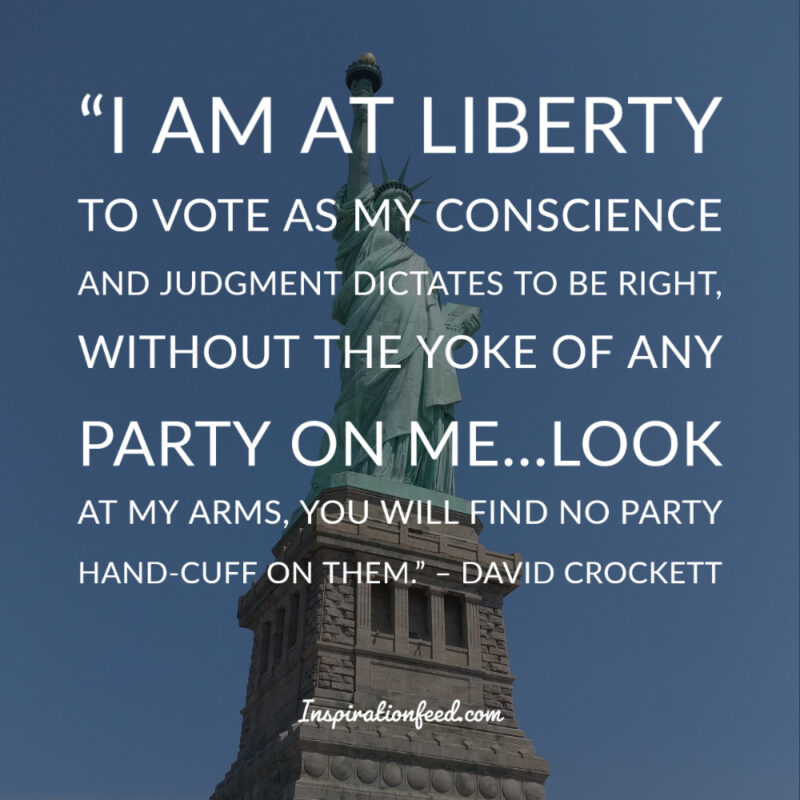 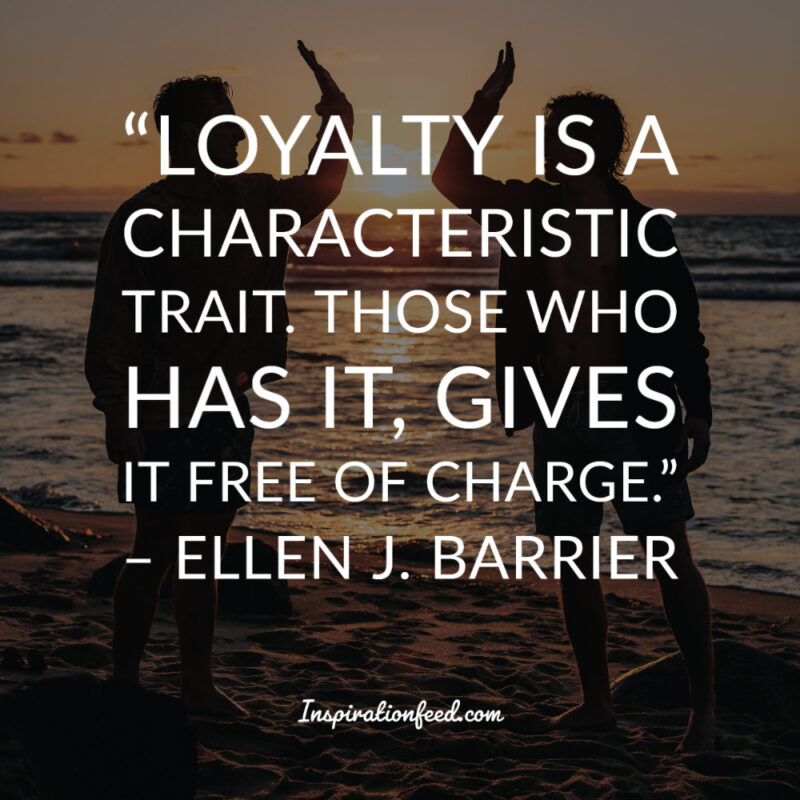 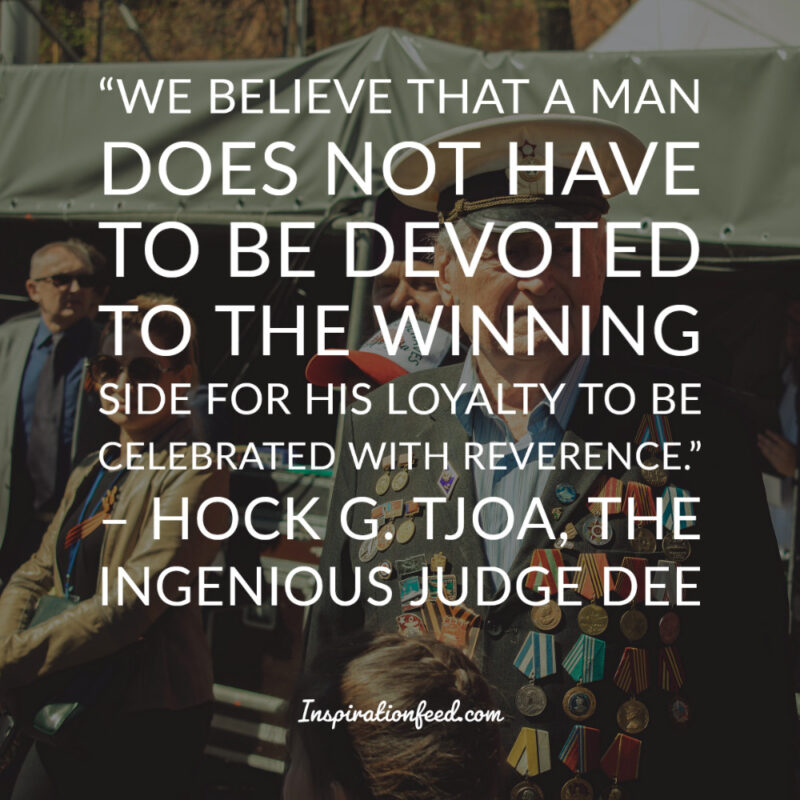 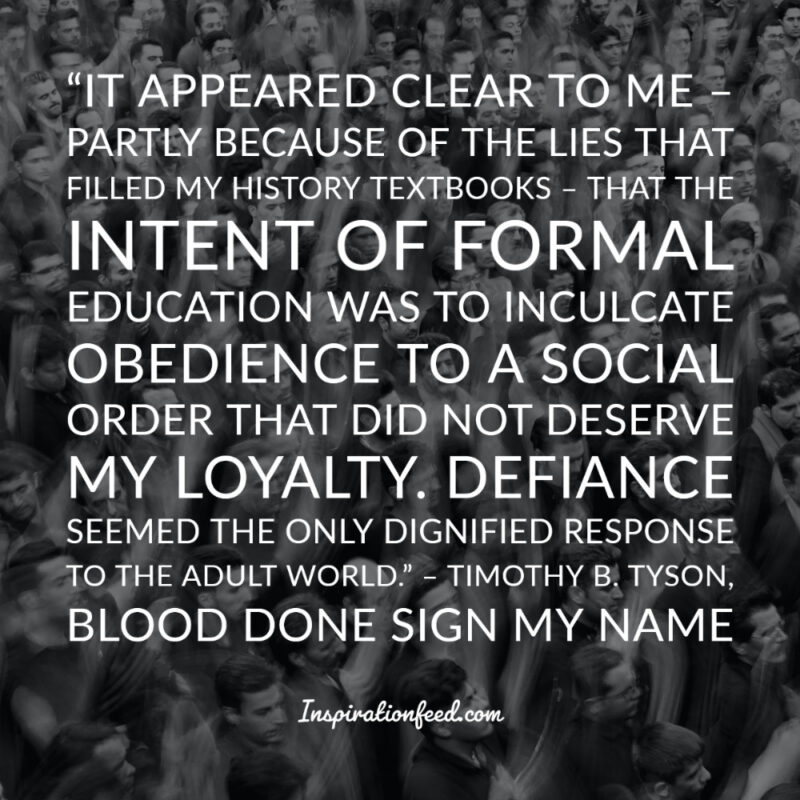 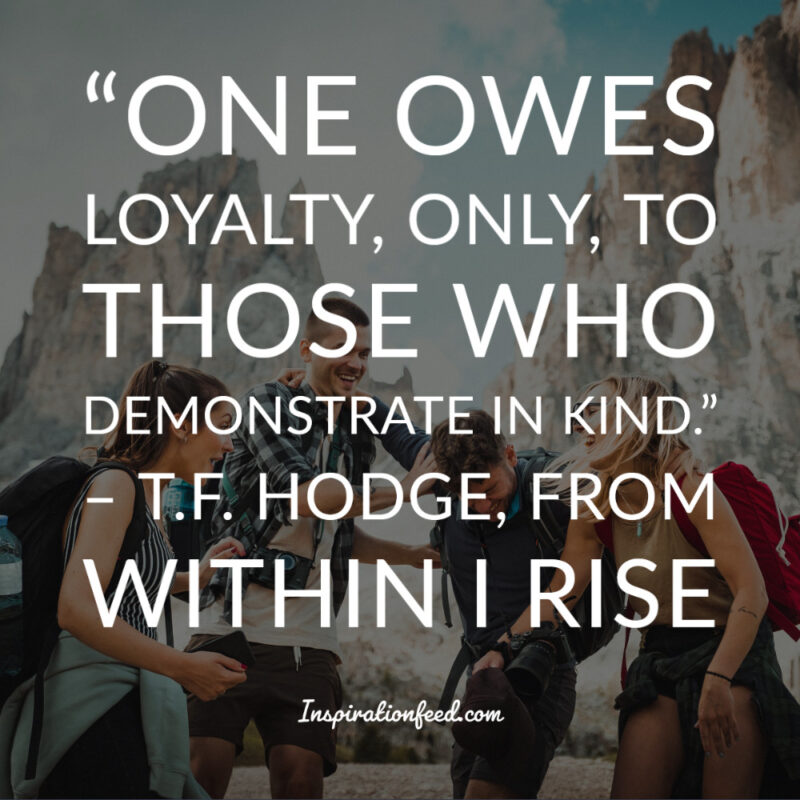 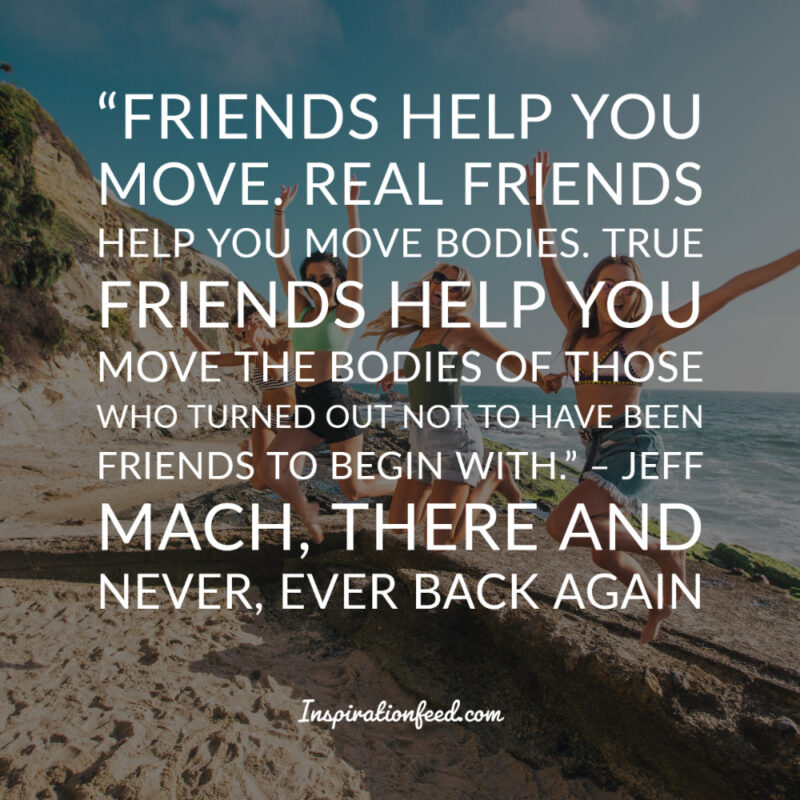 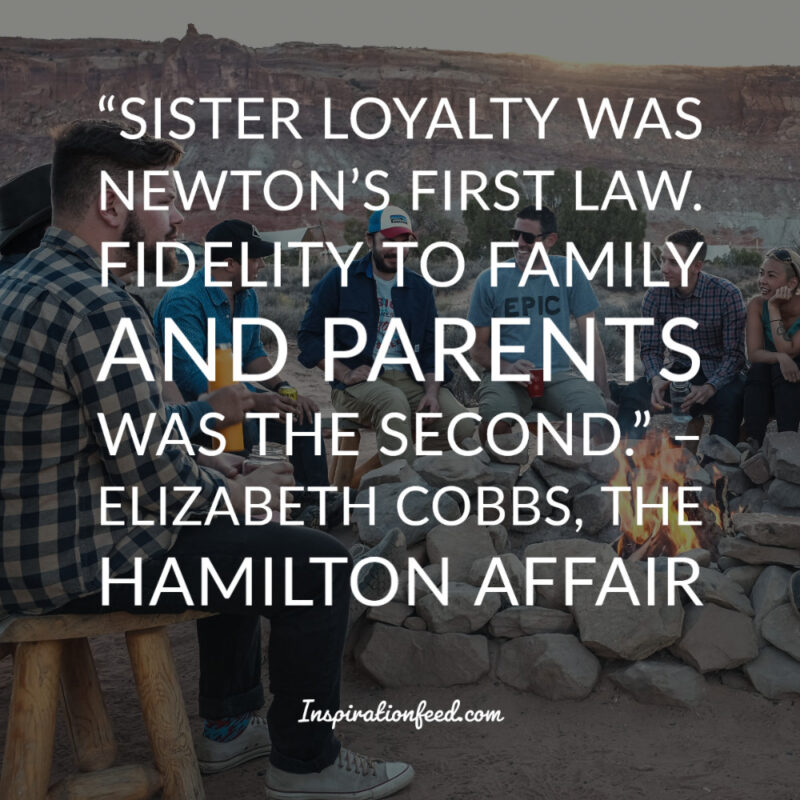 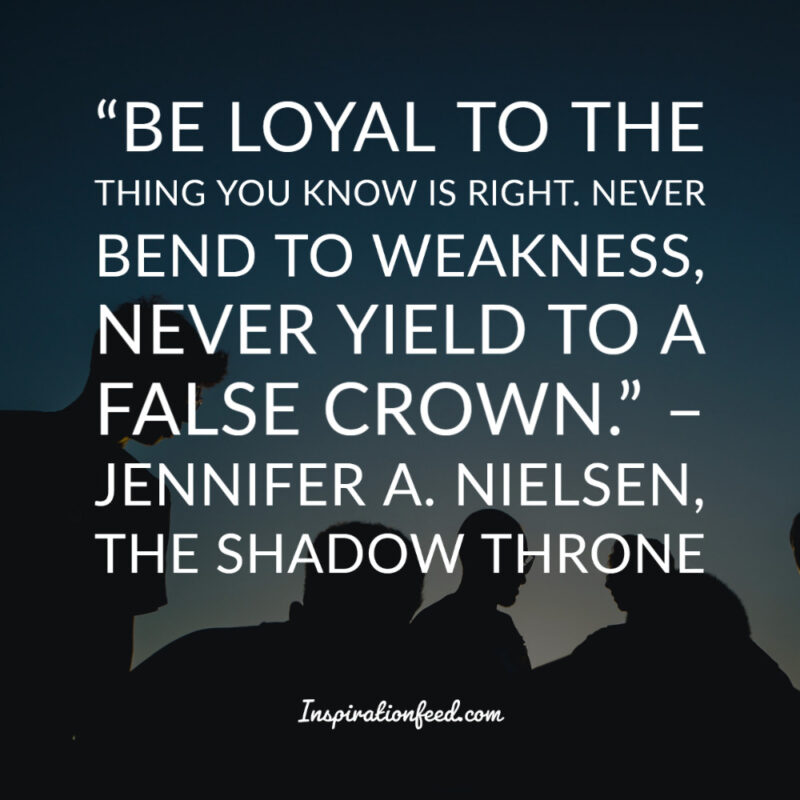 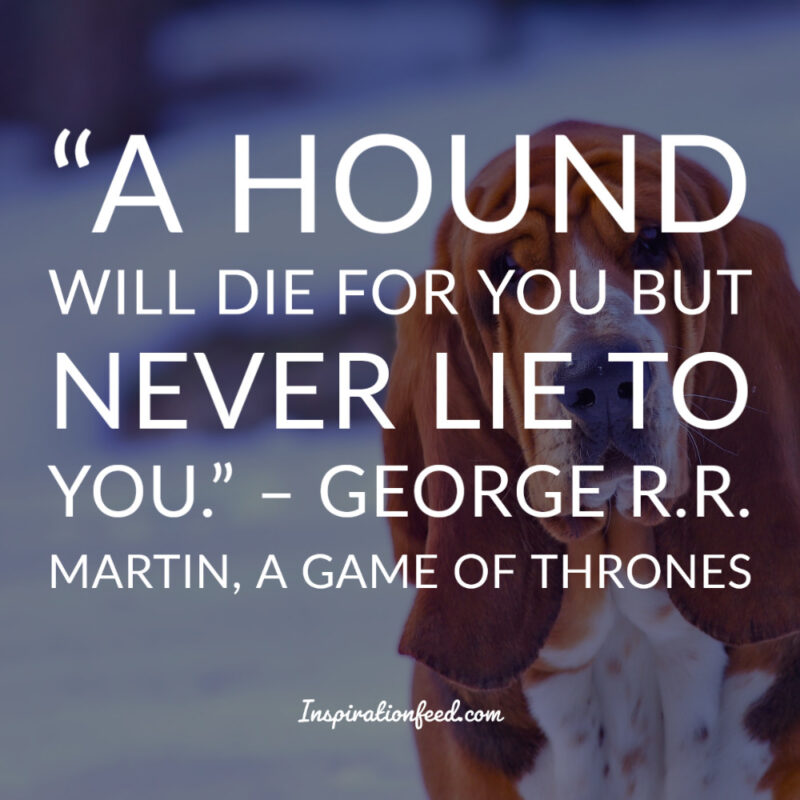 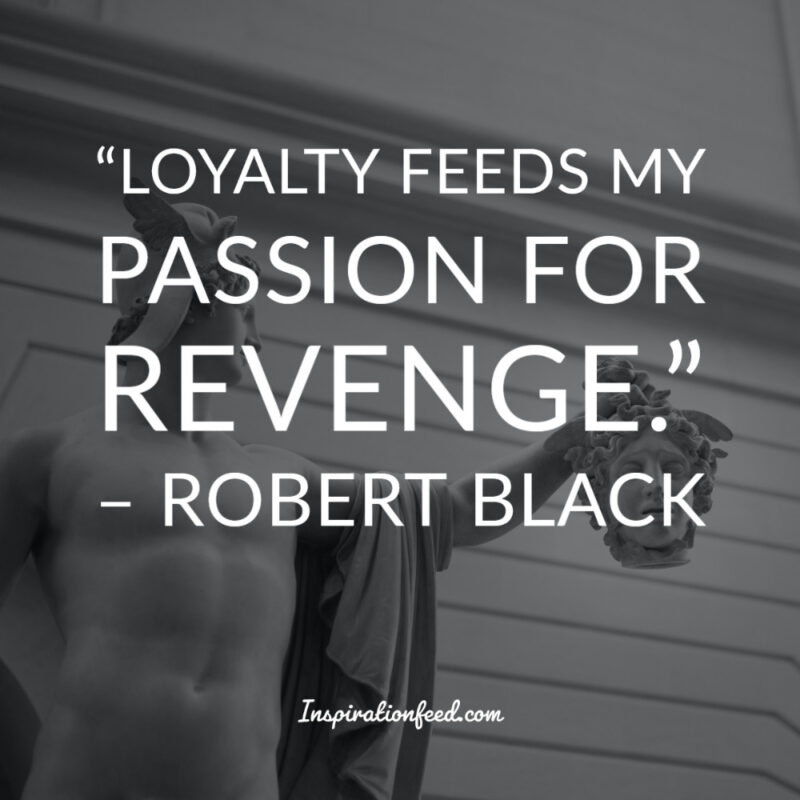 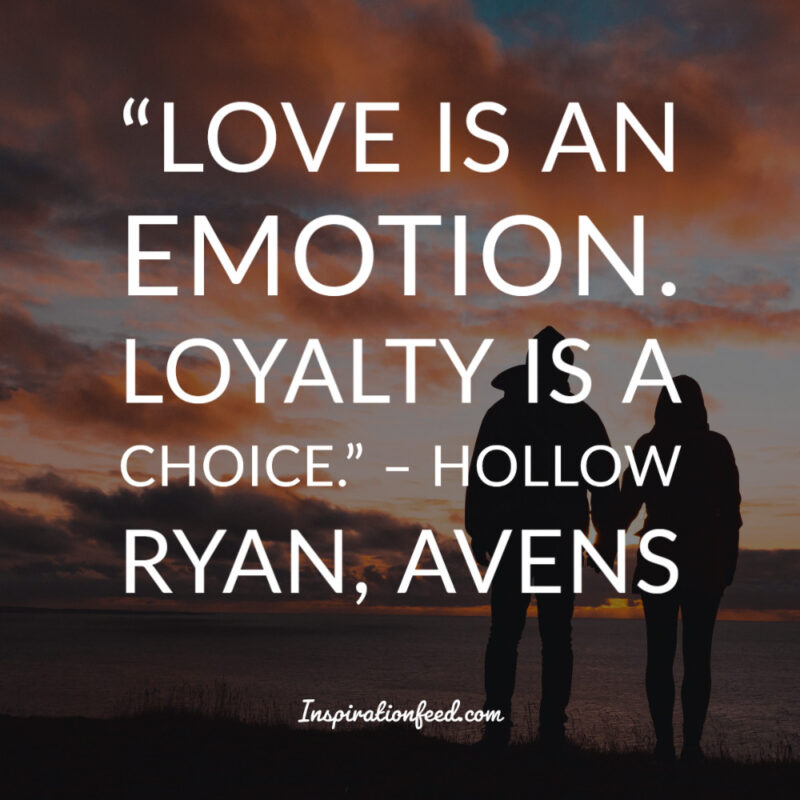