All human beings are not made equal. Well, that phrase may sound cliché but yes, we’re all created differently.

Whether at home, school, or your workplace, you’ll always encounter people with different personalities from yours. And the sooner we appreciate this basic fact, the easier it will be for humanity to get along.

But what are the personality types and how do you find yours?

The theory of personality types was first formulated by Carl Jung, a Swiss psychologist and psychotherapist. Carl Jung is renowned for coining the concepts of introversion and extroversion, which formed the foundation from which he later advanced his personality types theory.

A few years later, Isabel Myers and her mother, Katherine Briggs, came up with a common test for finding an individual’s personality. This test is known as the Myers-Briggs Type Indicator and comes in the form of a questionnaire.

The questionnaire is designed to help people uncover their personalities by assessing their likes and dislikes, strengths and weaknesses, social compatibility, and career preferences.

During World War II, the duo created a pen-and-pencil version of the Myers–Briggs Type Indicator and began testing the personalities of their friends and relatives. Years later, Myers and Briggs came up with the more robust Personality Types indicator that we know today. 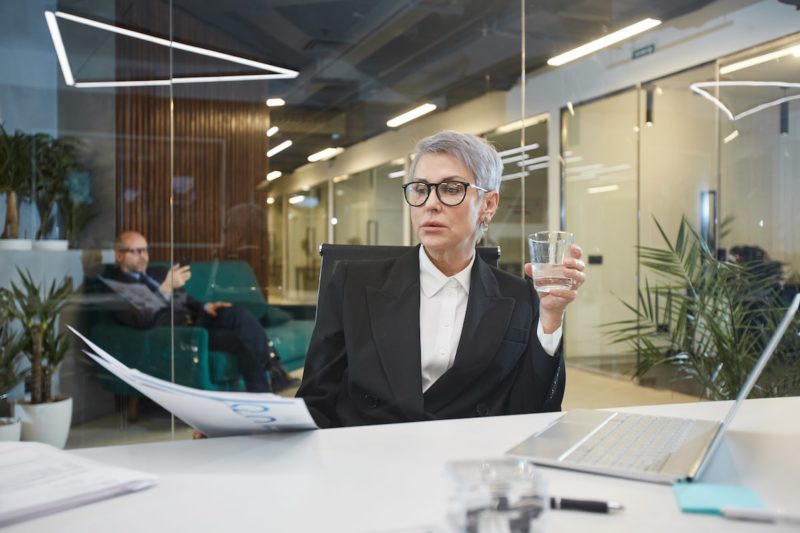 Supervisors are highly social individuals who often mind about the welfare of members of their communities, the same which they fearlessly advocate for. People with this kind of personality exhibit great leadership attributes, with some rising to positions of authority in their respective domains.

And while they never shy away from asserting their authorities, supervisors don’t mind delegating duties and collaborating with junior-ranking members of the organizations or groups under their stewardship.

Supervisors are also characterized by their philanthropy, and often run or belong in charity organizations.

Inspectors are incredibly effective at checking on the people, organizations, or products under their watch. They have an eye for detail and are known for their strict insistence on upholding rules, regulations, and standards.

Their strict adherence to the rule of law makes inspectors the ultimate guardians of institutions. And as expected, they’re never a darling of many, especially those who delight in bending the rules to game the system. You’ll recognize an inspector by their modest way of life.

Counselors are visionaries and idealists. They prefer to view the world, not from the point of view of what it is, but what it ought to be. When dealing with a situation or problem, however insignificant it may appear, counselors will always look at it from a more profound perspective.

They never take anything at face value and are masters in perspective-taking. And due to their in-depth outlook of life in general, some people may view counselors as amusing or weird.

Masterminds are introverts, reserved, and prefer to be alone. They hardly appeal for help with any project until they have explored all the resources at their disposal.

When developing plans and strategies, masterminds usually do so with certainty. Most of them are proponents of the old adage that says goals should be out of sight but not out of reach.

To most people, masterminds come across as self-centered individuals without a sense of community. But while people with a mastermind personality excel by thinking and acting alone, they can also be very charming.

INFPs are creative and imaginative idealists. As idealists, healers do not concern themselves with the present realities, which they consider temporary. Instead, they usually focus on the bigger picture and often have a utopian perspective of the world.

A healer believes that no matter how great the present is, there is always the prospect for a greater future. Healers also have core values and beliefs that guide their decisions and actions.

Architects are best described as philosophical innovators. INTPs are fascinated by systems and designs, and take logical approaches in uncovering life’s mysteries.

People with this personality type are also fascinated with theory and try to search for the universal laws behind everything that exists in life.

Architects prefer to see the world as one continuous pattern where everything exists in harmony. They are excellent at picking up discrepancies and analyzing it.

Composers are master artisans who strive to establish harmony in every work of art that they pursue. People with this personality type are famous for their exceptional ability to work with tones, flavors, aromas, textures, and colors.

In the course of their works, composers often pull impulsive moves, which almost always result in a masterpiece. And whenever they get down to a project, they often lose themselves in the action and savor every bit of it.

Most composers prefer to go with the flow and enjoy life’s goodies, which explains their flexibility and spontaneity.

Protectors are interested in the security of the people under their care, including their family and friends, patients, students, employees, etc. Protectors are known for their strong sense of responsibility.

They are also exceptionally loyal to traditions and prefer to follow the tried-and-tested methods as opposed to inventing new ways of doing things. As such, protectors excel in situations where rules and standards remain the same. Most of them wind up as state bureaucrats.

Champions are renowned idealists, which means that they look at the world from a futuristic point of view. They also possess a wide range of emotions and have a profound passion for novelty.

According to champions, life is an exciting drama where good and evil are in a constant battle. And this battle is to be experienced rather than stopped.

Most champions are also outdoor freaks and adventure seekers. One of their main desires in life is to travel to exotic destinations and meet fascinating people.

Field marshals are strategic leaders who mostly occupy organizing roles. They are excellent at mobilizing resources and have a keen eye for detail. A commander will easily spot unviable investment ideas or weak links in a team, and conceptualize newer and better solutions.

Besides being logical thinkers, quick-witted, and articulate, Field Marshalls also prefer to formulate long-range solutions. They are often the go-to people whenever contingency plans are required.

As the name suggests, people with this personality type are creative, imaginative, and innovative. Visionaries are skilled in crafting the most viable solutions to intellectually-challenging problems.

Innovators detest the idea of comfort zones. Once they’ve succeeded in thinking up a solution to a problem, they will keep improving on it while also keeping their eyes out for new projects.

Innovators also happen to be the easiest to spot. As children, they are usually fascinated with mechanical models and technological gadgets.

Teachers are idealist organizers with a vision to improve humanity and the world in general. They are excellent at seeing the potential in other people, nurturing talents, and promoting human growth.

A person with this personality type delights in helping others to rise above their limitations and pursue their full potential. Teachers also have a touch of charisma and are effective at rallying people to their cause.

Due to their ability to see the good in others and nurture potential, most teachers usually wind up as mentors and role models.

Crafters are master operators of tools, machines, and equipment. They have a keen interest in mechanics and troubleshooting, an interest that they exhibit right from childhood. Crafters also love action and can tell instinctively whether an activity will be enjoyable or effective just by doing it impulsively.

ISTPs do not limit themselves when looking for a fun activity, and most of them usually pursue more than one hobby. Most crafters are not language geeks and instead, prefer to communicate their ideas through action.

The appropriate definition for performers is vivacious entertainers. ESFPs are charming, charismatic, and talented at pulling and engaging crowds. Performers have an incredible sense of humor and are remarkably easy to get along with.

Like most artisans, performers are also flexible and spontaneous. They are full of energy, are adventure-seeking, and delight in enjoying everything that life throws their way. ESFPs tend to be appreciative of the environment around them, ranging from food and clothes to animals and nature.

The giver, as the name implies, are people-focused individuals. That makes them extroverted, outspoken, and charismatic. Givers are excellent at establishing lasting connections with people from different walks of life.

But despite their outspoken nature, givers are ethical and highly-principled. They are also idealists and prefer to view the world in the abstract while focusing on what the future may bring. In their pursuits for happiness and personal fulfillment, givers mostly rely on their intuition and feelings.

Promoters are men and women who are skilled in making things happen. They have a way of adding color and light to even the most routine events, creating fun and excitement in whatever activity they lay their hands on.

But that doesn’t mean they dwell so much on routine events. Promoters are actually exceptional at finding new challenges and activities. In fact, they don’t shy away from taking risks as long as they’re convinced of a positive outcome.

Due to their ability to effect change, most promoters end up as entrepreneurs, negotiators, and administrators.

Having reviewed the 16 personality types, we hope you can now identify where you belong. As you shall find, it’s easy to have more than one personality provided they are not conflicting.

2. The Myers and Briggs Foundation – https://www.myersbriggs.org/my-mbti-personality-type/mbti-basics/home.htm?bhcp=1