Who Is Brad Pitt?

William Bradley Pitt, popularly known as Brad Pitt, is an American actor, film producer, and philanthropist. Brad is famous for his stellar performance in various Hollywood blockbusters, including Mr. and Mrs. Smith, Inglorious Basterds, Troy, Ocean’s Eleven (and its sequels), Fight Club, to mention but a few.

Pitt’s rise to success was gradual but steady. He broke onto the limelight in 1991 by playing the role of a cowboy hitcher in the movie Thelma & Louise. He has since featured in scores of other movies and won numerous awards, including Academy Awards for his acting and film production, as well as two Golden Globe Awards. 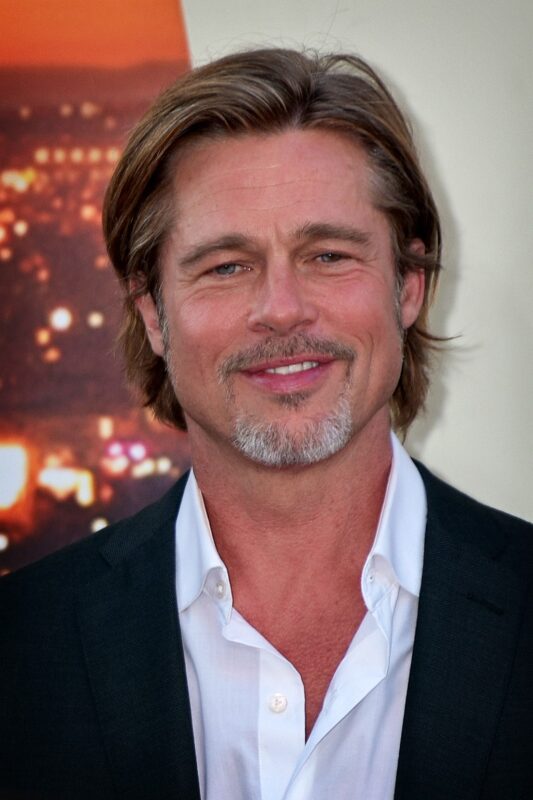 Brad Pitt was born on December 18, 1963, in Shawnee, Oklahoma, to William Alvin Pitt and Jane Etta. His father was a proprietor of a trucking company whereas his mother was a school counsellor.

Pitt attended Kickapoo High School and later on, the University of Missouri. However, he never graduated from the university and left only two weeks before the completion of his degree coursework.

After leaving the university, Brad Pitt immediately moved to Los Angeles where he took odd jobs so he could fund his acting classes. In the mid-eighties, Pitt began appearing in movies but was mostly cast in minor roles.

He would later gain recognition for his supporting role in the 1991 film Thelma and Louise. A year later, Brad Pitt put up yet another superb show when he starred in the film A River Runs Through It.

Brad Pitt has since featured in many other critically-acclaimed films, including:

Related: 10 Exciting Brad Pitt Films for Your Next Movie Night

Besides acting, Brad Pitt is a renowned film producer too. He has also featured in several television shows and documentaries.

As of June 1, 2021, Brad Pitt had a net worth of $300 million. He has mostly earned his wealth from his successful acting career.

Brad Pitt had a rather lackluster start, with his 1991 film, Thelma & Louise, earning him a paltry $6,000. However, through hard work and determination, most of the movies he featured in thereafter were a commercial success both on the box office and worldwide.

The following is a rundown of some of Pitt’s income from movies over the years:

It’s worth noting that these figures represent Brad Pitt’s earnings from acting and do not factor in what he makes from film production. He has produced a number of films through Plan B Entertainment, a company he co-founded in 2001 with ex-wife, Jennifer Aniston.

When the couple divorced in 2005, Brad Pitt bought Aniston out Plan B Entertainment to become the de facto owner of the company. Plan B has played a critical role in the production of numerous successful films. Examples include Charlie and the Chocolate Factory, The Time Traveler’s Wife, Troy, Moneyball, 12 Years a Slave, Eat Pray Love, etc.

Another notable way that Brad Pitt has made his millions is through the sale of rights to his children’s photos. After Angelina Jolie gave birth to Shiloh, the couple sold her North American photo rights to People Magazine at a cost of $4.1 million.

Some of the properties associated with Pitt include:

• His longtime primary home which is made up of four properties, located in the Los Feliz neighborhood of Los Angeles,
• A beach house in Santa Barbra that he acquired in 2000 for $4 million,
• A 1,200-acre winery in France known as Chateau Miraval, which he bought with Angelina Jolie in 2008 for $67 million, and
• A $3.7 million property located on the Spanish island of Majorca, which he purchased in 2015

Brad not only earns bug bucks, he is also a big spender and a renowned philanthropist. Some of the charitable organizations he has donated to include ONE Campaign, Jolie-Pitt Foundation, Make It Right Foundation, etc. 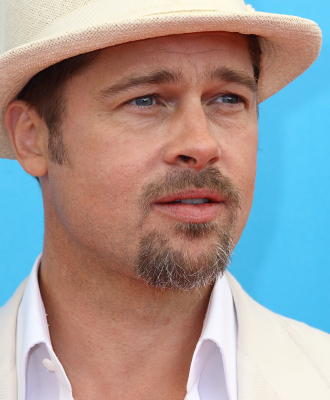 Brad Pitt dropped out of university just two weeks before completing his degree coursework, ostensibly to pursue his passion for acting. Though this may have been a very unpopular decision at the time, it eventually paid off.

Right after leaving the university, Brad Pitt traveled to Los Angeles where he attended acting classes. He had to accept odd jobs so he could make ends meet and fund his acting classes.

It has taken years for Brad Pitt to become the valuable brand that he is today. And he knows exactly how to make money from his brand. That’s why he was able to sell photo credits of his biological children with Angelina Jolie at a record $22 million.

“Being married means I can break wind and eat ice cream in bed.”

“Heartthrobs are a dime a dozen.”

“I have a hard time with morals. All I know is what feels right, what’s more important to me is being honest about who you are. Morals I get a little hung up on.”

“I’d like to design something like a city or a museum. I want to do something hands on rather than just play golf which is the sport of the religious right.”

“Success is a beast. And it actually puts the emphasis on the wrong thing. You get away with more instead of looking within.”

Brad Pitt is one of the world’s wealthiest actors. He has built his illustrious career spanning more than two decades through diligence, consistency, and a strong work ethic.