Looking for quotes that will ignite a fire inside you? The following quotes will help you develop the badass mentality. These quotes are for the dreamers, builders, and entrepreneurs who want to take life by the horns.

Sometimes you just need that small nudge, a mental push if you will, to help you achieve success. Well my friend, you clicked the right search result. Here are 40 badass quote that will inspire and encourage you to take action. Enjoy!

“If you hear a voice within you say ‘you cannot paint,’ then by all means paint, and that voice will be silenced.” – Van Gogh 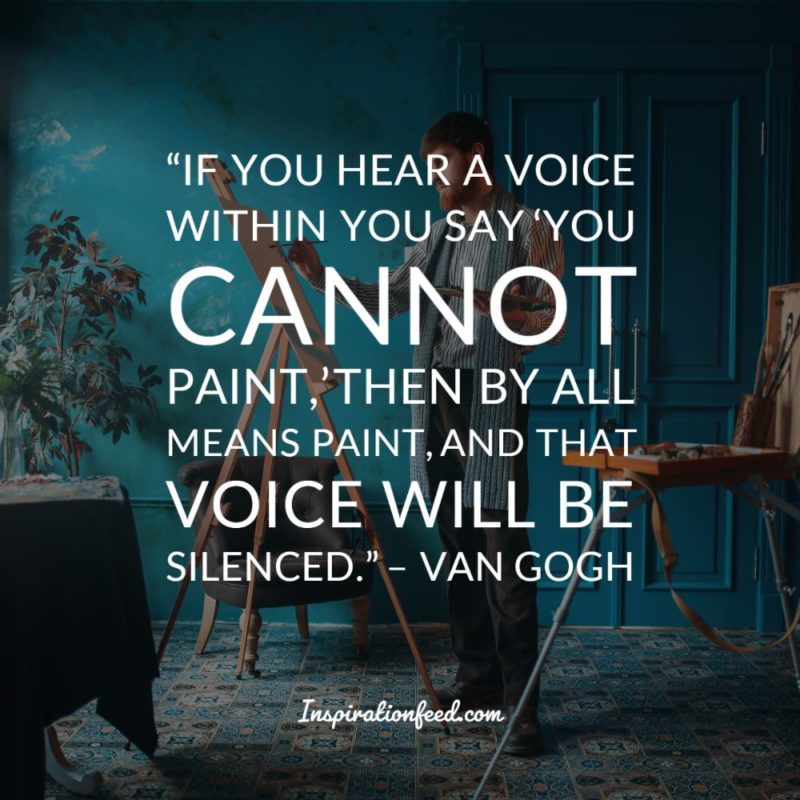 “The people who are crazy enough to think they can change the world, are the ones who do.” – Steve Jobs

“Train yourself to let go of everything you fear to lose.” – Yoda

“Don’t wish it were easier, wish you were better.” – Jim Rohn

“The fear of death follows from the fear of life. A man who lives fully is prepared to die at any time.” – Mark Twain

“You create opportunities by performing, not complaining.” – Muriel Siebert

“Always forgive your enemies; nothing annoys them so much.” – Oscar Wilde

“Champions keep playing until they get it right.” – Billie Jean King

“Change your thoughts and you change your world.” – Norman Vincent Peale

“I will go anywhere as long as it is forward.” – David Livingston

“A ship in harbor is safe, but that is not what ships are built for.” – John A. Shedd

“The world ain’t all sunshine and rainbows. It is a very mean and nasty place and it will beat you to your knees and keep you there permanently if you let it. You, me, or nobody is gonna hit as hard as life. But it ain’t how hard you hit; it’s about how hard you can get hit, and keep moving forward.” – Rocky Balboa

“Obsessed is just a word the lazy use to describe the dedicated.” – Russell Warren

“You have enemies? Good. That means you’ve stood up for something, sometime in your life.” – Winston S. Churchill

“It wasn’t raining when Noah built the ark.” – Howard Ruff

“There is only one way to avoid criticism: do nothing, say nothing, and be nothing.” – Aristotle

“I am thankful for all of those who said NO to me. Its because of them I’m doing it myself.” – Albert Einstein

“Nobody ever wrote down a plan to be broke, fat, lazy, or stupid. Those things are what happen when you don’t have a plan.” – Larry Winget

“The characteristic feature of the loser is to bemoan, in general terms, mankind’s flaws, biases, contradictions, and irrationality-without exploiting them for fun and profit.” – Nassim Nicholas Taleb

“The best is the enemy of the good.” – Voltaire

“Pain is temporary. It may last a minute, or an hour, or a day, or a year, but eventually it will subside and something else will take its place. If I quit, however, it lasts forever.” – Lance Armstrong

“The three most harmful addictions are heroin, carbohydrates, and a monthly salary.” – Nassim Nicholas Taleb

“Build your own dreams, or someone else will hire you to build theirs.” – Farrah Gray

“Limitations live only in our minds. But if we use our imaginations, our possibilities become limitless.” – Jamie Paolinetti

“That which does not kill us makes us stronger.” – Friedrich Nietzsche

“The best way out is always through.” – Robert Frost

“Someday is not a day of the week.” – Denise Brennan-Nelson

“If you can’t outplay them, outwork them.” – Ben Hogan

“Push that snooze button and you’ll end up working for someone who didn’t.” – Eric Thomas

“Never interrupt someone doing what you said couldn’t be done.” – Amelia Earhart

“The best revenge is to live on and prove yourself.”- Eddie Vedder